Appealing to the senses

Redon is a painter, pastelist, draughtsman and lithographer, but he also learns to play violin and piano and acquires a love of literature at an early age. He has close friendships with writers and composers, is himself active as a writer and gives music recitals. For him, music, literary themes and visual art are inextricably linked. In his own time, he was already highly praised for his entirely unique way of combining these different expressive powers in his work. More than anyone, Redon thus embodies the popular late nineteenth-century concept of synaesthesia: the idea that a more intense experience can be created by appealing to several senses simultaneously.

From powerful lithographs to colourful pastels

The exhibition consists of 167 works from an important private collection, the museum’s own extensive Redon holdings and a number of loans from other public and private collections. La littérature et la musique can therefore offer an unprecedented view of the breadth and variety of themes in Redon’s entire oeuvre, from his powerful black and white lithographs to his radiant, colourful pastels.

The exhibition is accompanied by a publication of the same name, with contributions from an international group of leading authors in the field of symbolism and Redon’s work. Guest curator Cornelia Homburg is responsible for the compilation of the book. The book is available in Dutch and English and is published by nai010 publishers. The book is for sale at our museumshop and webshop for €29.95. 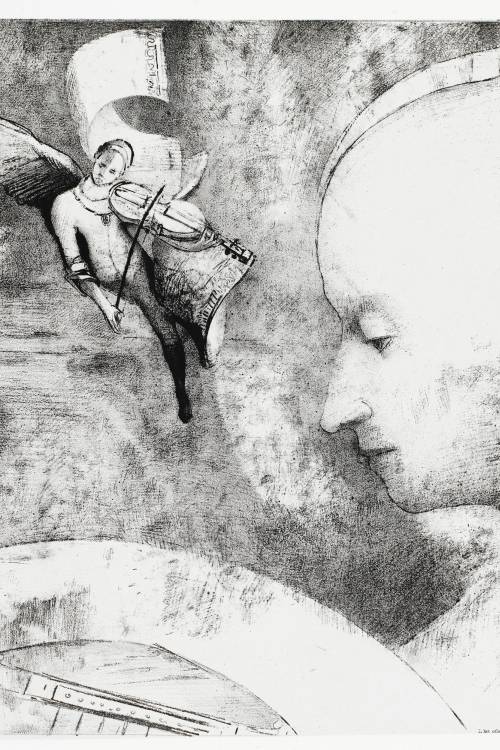