Architecture past and present

The Kröller-Müller Museum is the life’s work of Helene Kröller-Müller. Between 1907 and 1922, together with her husband Anton Kröller, she acquires nearly 11,500 works of art: one of the largest private collections of the twentieth century. Helene dreams of a ‘museum house’, a place where she can share her love of art with everyone. When the Kröller-Müller Museum opens its doors in 1938, her dream becomes reality. Under her successors, the museum is extended with new buildings and a large sculpture garden. 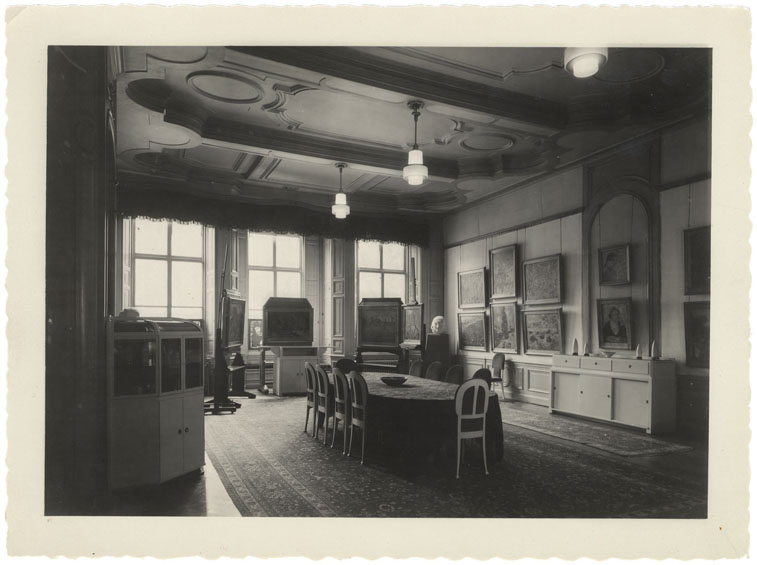 'Museum Kröller’ in The Hague

From the start of 1913, Helene Kröller-Müller already exhibited her art collection on the Lange Voorhout in The Hague. The collection could be viewed by appointment. Initially, the intended location for her dream ‘museum house’ is the Ellenwoude estate in Wassenaar near The Hague, which Helene and her husband Anton purchase in 1911. The Kröllers work with the architects Peter Behrens and Ludwig Mies (who later goes by the name Mies van der Rohe), but ultimately Helene chooses Berlage, on the advice of H.P. Bremmer.

Berlage and Van de Velde on the Veluwe

Helene decides that she would rather have her museum built on the Veluwe, in the heart of nature. It must be a grand museum and in 1918 Berlage presents his sketches for a gigantic building with living and exhibition spaces. However, the relationship between Helene and Berlage becomes increasingly difficult on both sides and the design is abandoned. Berlage's successor is the Belgian architect Henry van de Velde, designer of the Folkwang Museum and teacher at the precursor of the Bauhaus. The plans he presents in the autumn of 1920, also for a huge museum, are enthusiastically received and construction begins in 1921. After only six months, however, Müller & Co experiences financial difficulties and the construction work is halted.

More info about the plans by Berlage and Van de Velde

To safeguard the enormous art collection, it is placed in a foundation in 1928 and then donated to the Dutch State in 1935. Henry van de Velde is asked to design a much more modest museum, which opens its doors in 1938 to great national and international attention, due to its beautiful collection, the elegant building and unparalleled location. Helene, who still dreams of her ‘grand museum’, stubbornly refers to it as the ‘transitional museum’. Still, the new museum is as she had wanted: with small, intimate spaces and soft light from above, a ‘museum house’ as she calls it, where visitors can get close to the artworks. The building is made of brick and almost completely closed, to provide as much wall space as possible for the many paintings. 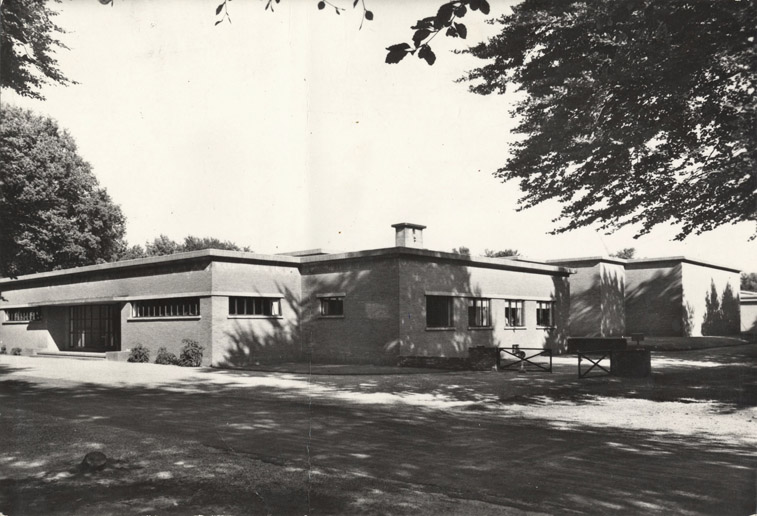 Extension with a sculpture gallery 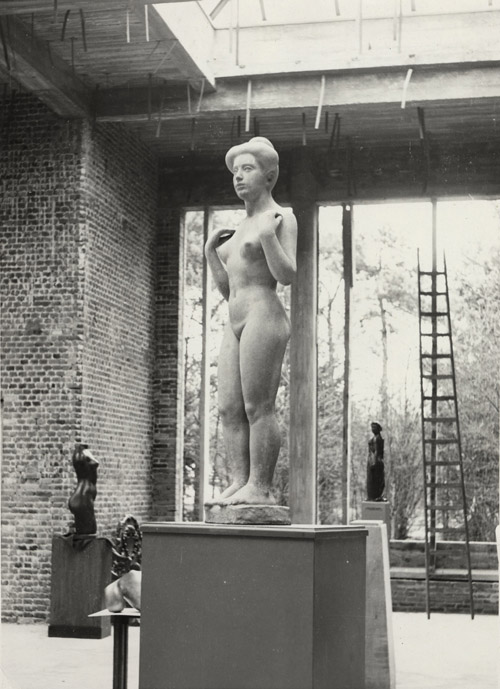 After her death in 1939 and after the end of the Second World War, Bram Hammacher becomes the new director of the Kröller-Müller. He introduces sculpture to the museum as a counterpart to Helene's collection of paintings. The museum is expanded with a sculpture gallery and an auditorium, also designed by Van de Velde. In contrast to the closed character of the rest of the building, the sculpture gallery has walls that consist entirely of glass and offer a panoramic view of the surrounding woodland.

More info about the sculpture gallery by Van de Velde 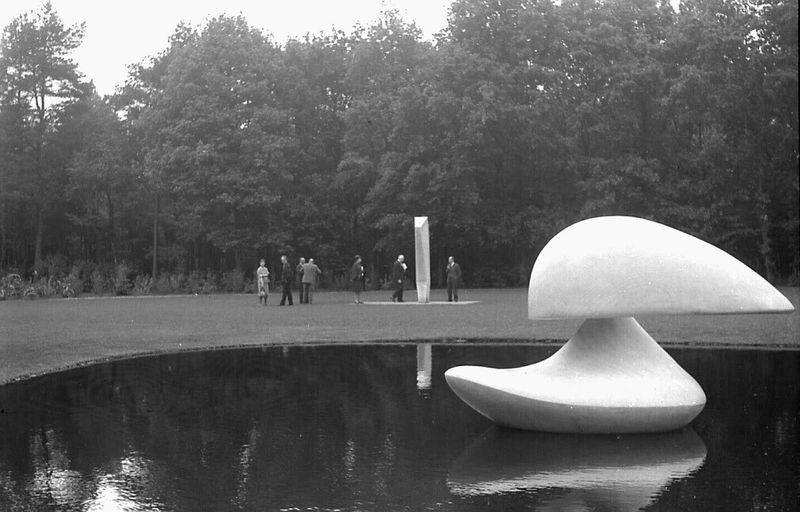 Opening of the sculpture garden

Following the realization of the sculpture gallery, plans are made for a sculpture garden. In close collaboration with Hammacher, garden and landscape architect Jan Bijhouwer designs a labyrinthine sculpture garden in which nature and sculpture are regarded as equal, a completely new concept at the time. The sculpture garden opens in 1961 with works by Auguste Rodin, Marta Pan and Henry Moore, among others. From then on, the Kröller-Müller Museum has been one of the most important international museums for modern sculpture.

Read more about the realization of the sculpture garden 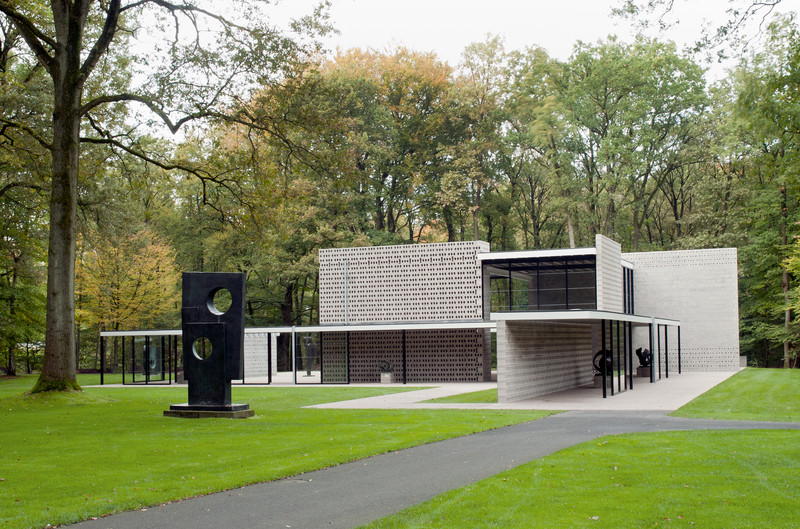 Pavilions in the sculpture garden 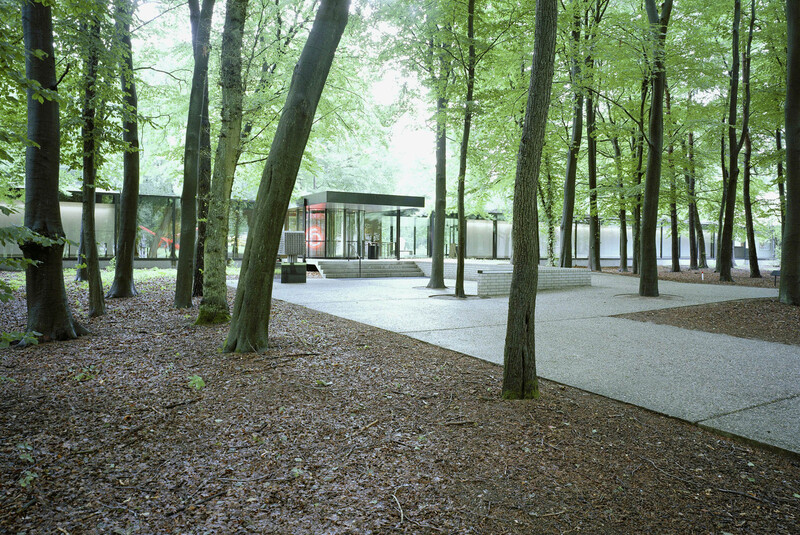 In the 1970s, the museum is expanded with a new wing by Dutch architect Wim Quist. He designs a transparent building with maximum interaction between inside and outside. The extension is situated between the sculpture garden and the Van de Velde museum. Characteristic are the long formal lines, formed by the glass-walled corridors that lead to exhibition rooms with bold but pleasant proportions. The extension houses the major acquisitions in the fields of minimal and conceptual art, land art and arte povera. One of the qualities of Quist's intervention is that it harmoniously fuses his own building with that of Henry van de Velde, although completely different in character and use of materials.

Read more about the museum building by Wim Quist 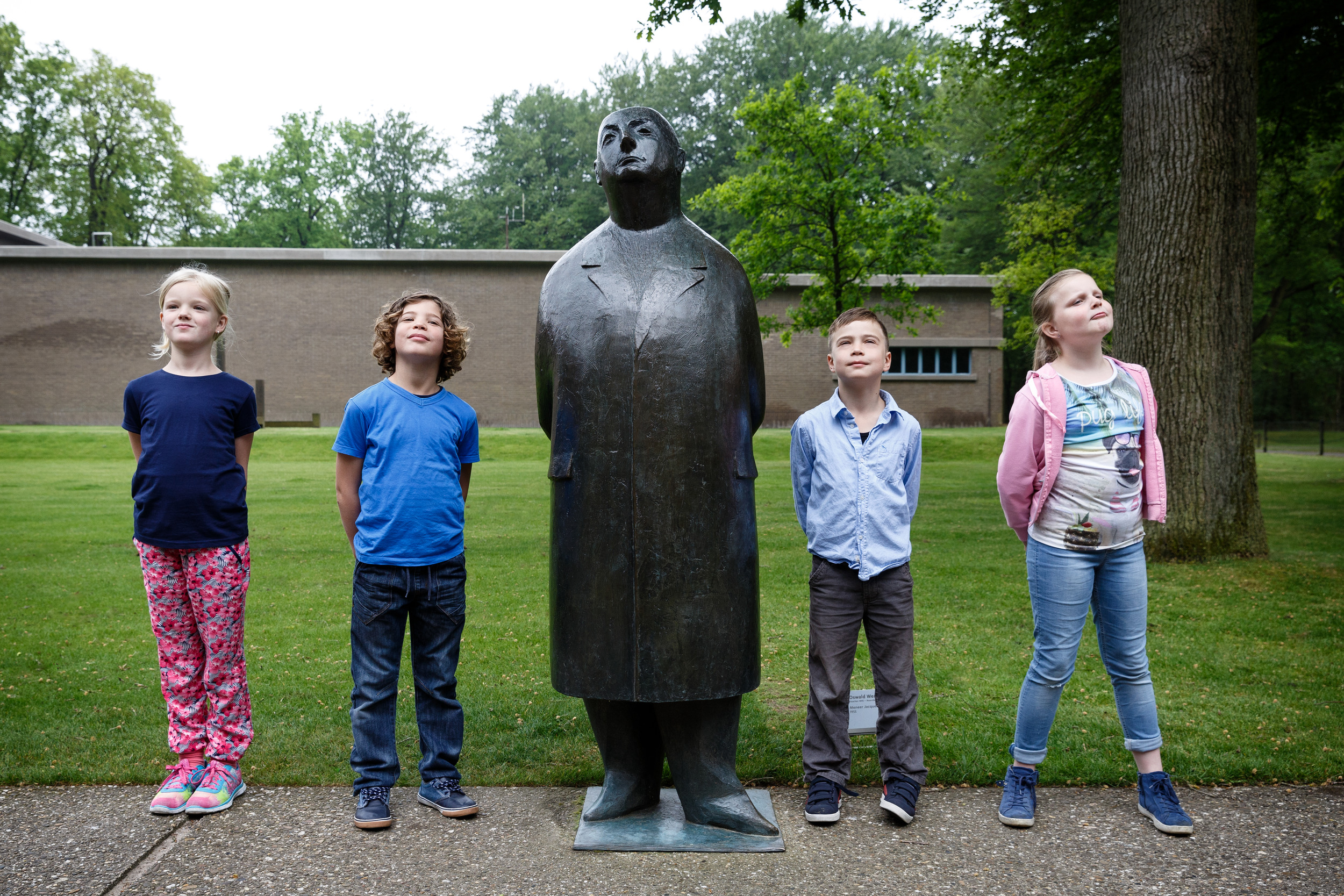 Helene Kröller Müller’s ideal was a museum of the finest international art in the heart of nature. Subsequent directors have each given their own interpretation to this ideal and allowed the museum to grow with the times. It is an ensemble of art, nature and architecture. This makes the Kröller-Müller Museum unique in the Netherlands and exceptional in the world. And it remains an inspiration to this day.

Discover more in the Timeline 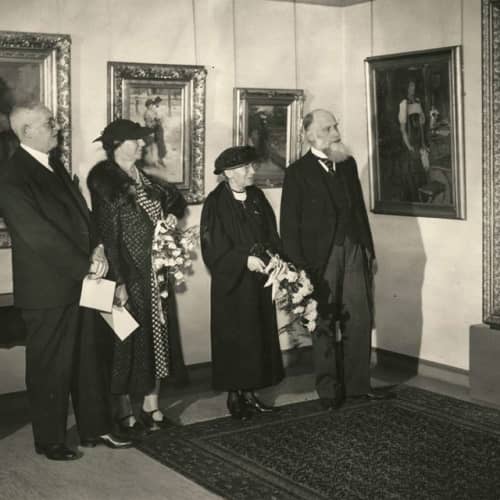 Go to the Timeline for more info about architecture and history!