Vincent is back - Part I: Native soil

24 Nov 2012 - 1 Apr 2013
Due to changing presentations of the collection, fewer Van Gogh paintings than usual have been on display recently. But with Vincent is back, these are once again restored to their familiar prominent positions in the heart of the museum.

Vincent is back consists of two parts: Native soil and Land of light.

Native soil focuses on Van Gogh’s Dutch period (1881-1886), in which he painted peasant life as a novice artist. In this first presentation, which is on display from 24 November 2012 until 1 April 2013, the emphasis is on Van Gogh’s Native soil, with the darker, earthy paintings and the drawings he made during his early days as an artist. Due to their sensitivity to light, these drawings are only rarely exhibited.

A second presentation will follow from 7 April to 22 September 2013, with the accent on the Land of light. Land of light (1886-1890) shows how Van Gogh further developed his personal style during his French period, with expressive brushstrokes and an abundance of colour. 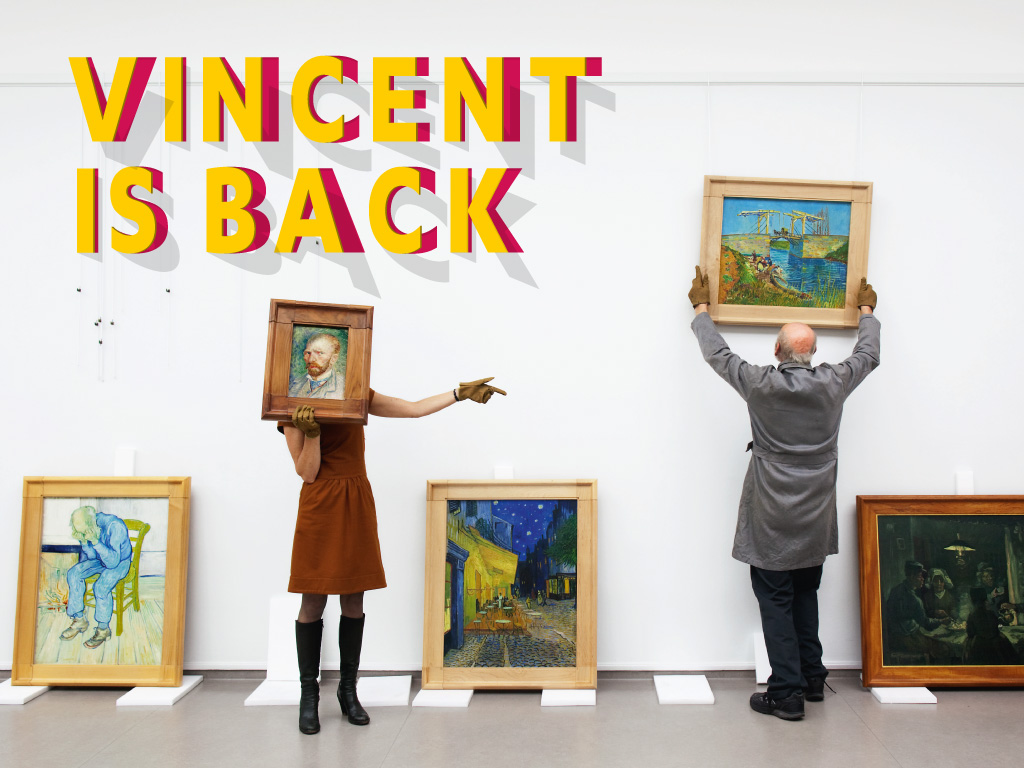 Van Gogh’s work occupies a special place in the collection of Anton and Helene Kröller-Müller, the founders of the Kröller-Müller Museum. Thanks to them, the museum has the second largest collection of work by Van Gogh in the world. Between 1908 and 1929, they acquired no fewer than 91 paintings and 180 works on paper by the artist; their budget was virtually unlimited. Vincent van Gogh was only celebrated among small circles at the start of the 20th century. The amount of attention he received from the Kröller-Müllers has contributed greatly to the recognition that his work currently enjoys.