A car full of fragrant roses, marigolds and cornflowers

16 Jul 2016
-BLOG-The opening of Pierre Huyghe’s La Saison des Fêtes in the sculpture garden of the museum took place on Saturday 2 July. In early May, director Lisette Pelsers called me to ask if I could give advice on the plants that play the leading role in this work of art. 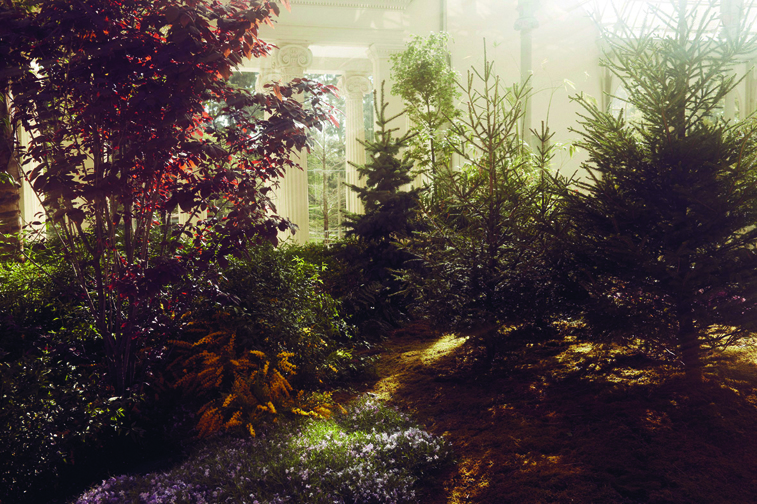 The photos I received of the previously realized artwork in Palacio de Cristal in Madrid were fascinating. A mixture of landscape, garden and still life. But the situation in Madrid inside and the situation outside in our wet climate is so different that a ‘translation’ of the plan was required.

Connection of human and nature

As a plant specialist I was immediately enthusiastic. Plants with a meaning, which are linked to the celebration of a festival and are therefore cherished. We are losing this connection between human and nature. The lime tree in the village square, the cypress in the cemetery.
It just so happens that I have been preoccupied with this connection in recent years. Because the management of foliage is often under pressure, in every project I try to establish a connection whereby the plants acquire more meaning and are not so readily subject to financial cutbacks. These days, the connection with plants is primarily in the areas of climate and food. But the emotional, symbolic connection between humans and plants, which exists in every culture throughout the world, is the most beautiful in my opinion. 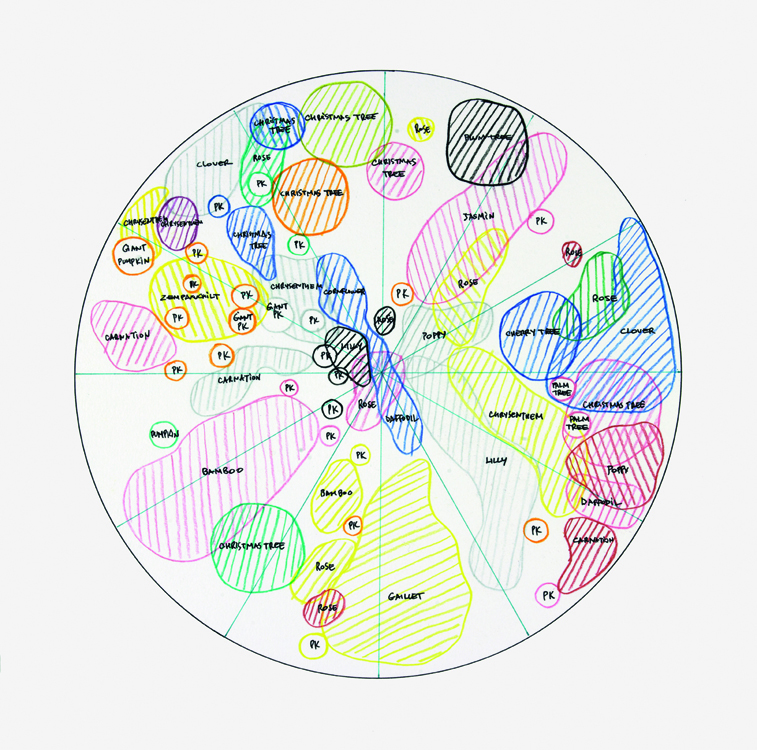 To understand the plan fully, I drew up a detailed list of questions for Pierre Huyghe. His list of plants was a hotchpotch of 45 plants from all over the world; trees, shrubs, perennials and bulbs, many of which are not winter hardy in our climate. The words ‘natural vegetation’ appeared often in the description. My main goal was to allow the ‘festival plants’ and the atmosphere of Huyghe’s work to show to full advantage, but also to ensure that the plants survive in the coming years and that the work is understandable for the caretakers.

For what will grow on the site of the daffodils, hyacinths, poppies and lilies of the valley when they finish blossoming? How will we deal with the areas where no plants are placed and the Dutch weeds are lurking? How do we deal with the non-hardy plants, the moss and the shade plants in the blazing sun? How should the plan be allowed to develop in the coming years? What does Pierre understand by ‘natural’? 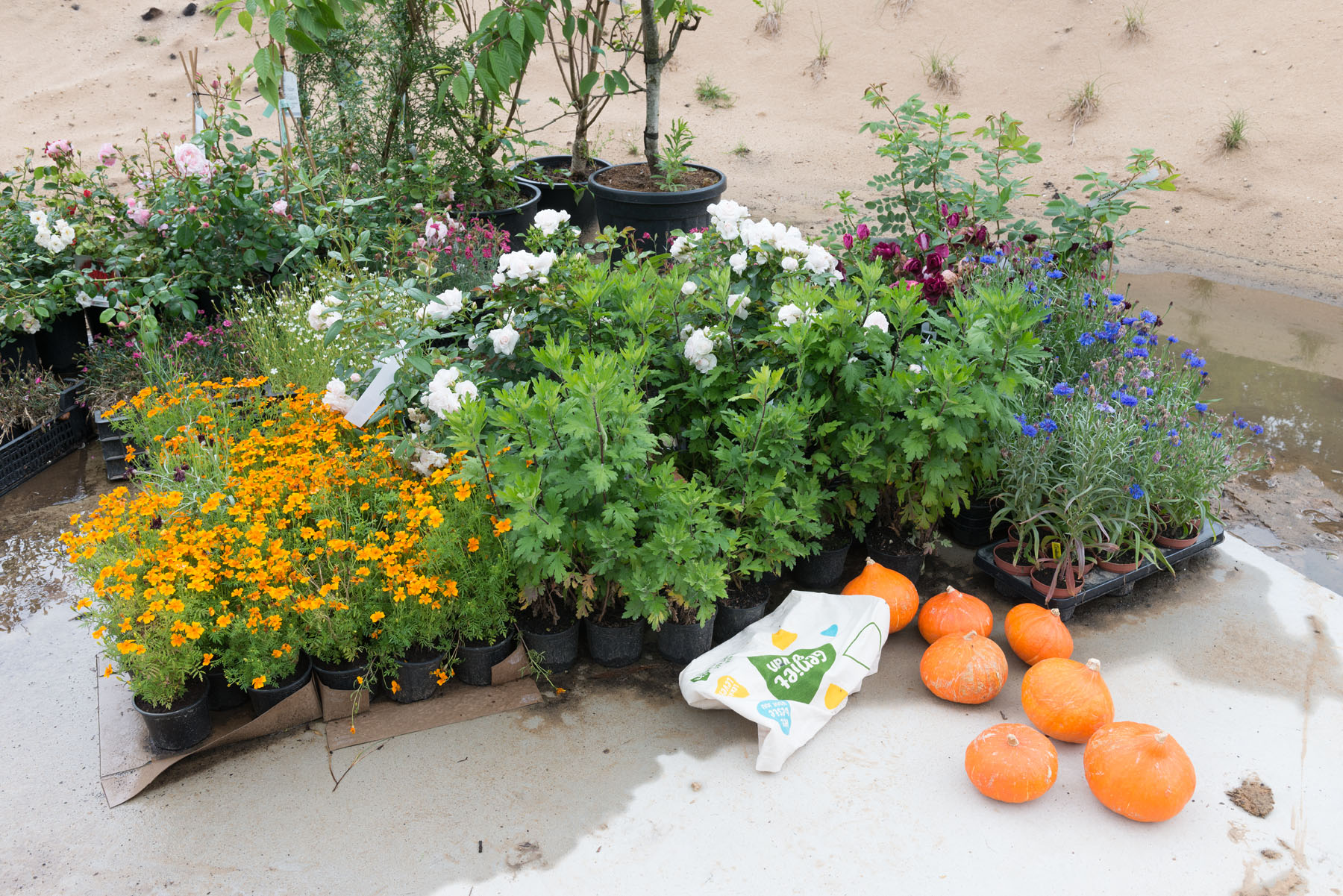 After an animated skype conversation with Pierre and his assistant Anne, we had daily email exchanges. I began looking for substitute hardy plants, groundcover plants and ‘natural’ shaped trees. Thus, an order list of plants was finally drawn up. The majority of these were delivered to the site, while some I picked up myself. A car full of fragrant roses, marigolds, cornflowers and organic pumpkins from Argentina. Together with Eddie Morren and his garden team, we planted everything. In the rain and the sun. The plan eventually took shape 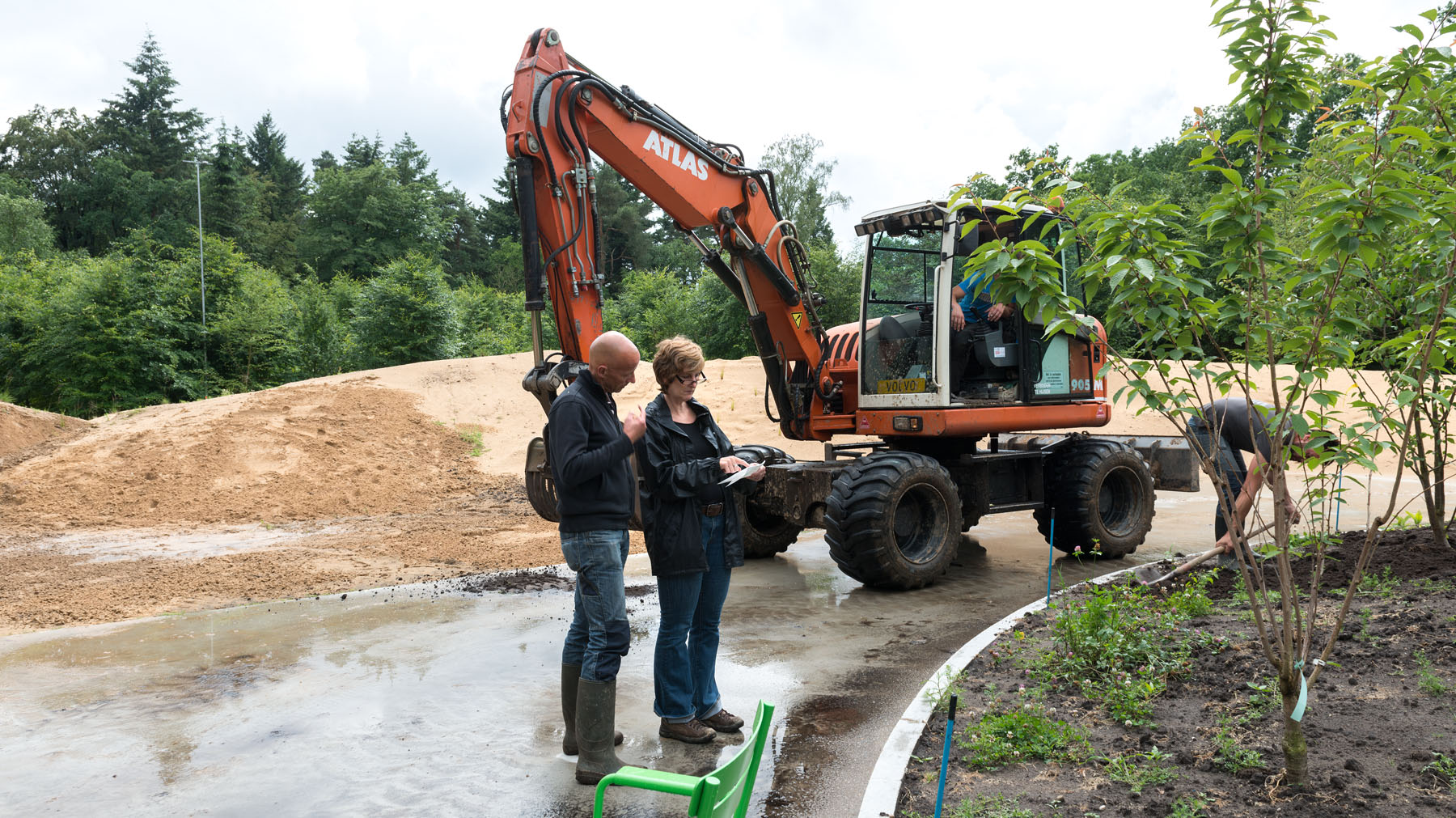 I tried to follow Pierre Huyghe’s thinking as closely as possible, but lost him from time to time. For example, he wanted large areas of moss and could not accept that moss on rich garden soil in the sun is not feasible. As a substitute, Leptinella was used, a ground covering plant with the appearance of moss. Currently still in small plants placed side by side, but soon to become a smooth carpet. 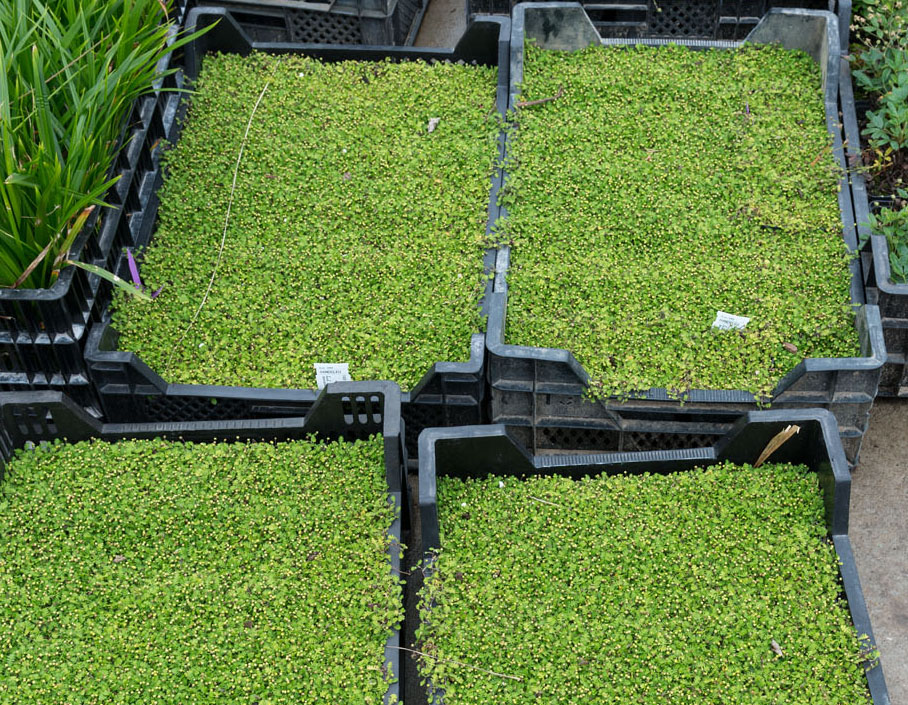 La Saison des Fêtes shows the connection between human and nature in a stylized way. A real connection with nature also means that you bow to the needs of a plant. I found working on this exceptional project an inspiring experience that has given me lots of new food for thought.

Sanne Horn is a garden and landscape designer and specialist in plants. Among other things, she designed the vegetation for the Floriade 2012 and the gardens of the Rijksmuseum in Amsterdam (commissioned by Copijn). She teaches frequently, recently created the new design for the Proveniershof in Haarlem and is involved in many projects in which plants play a special role. 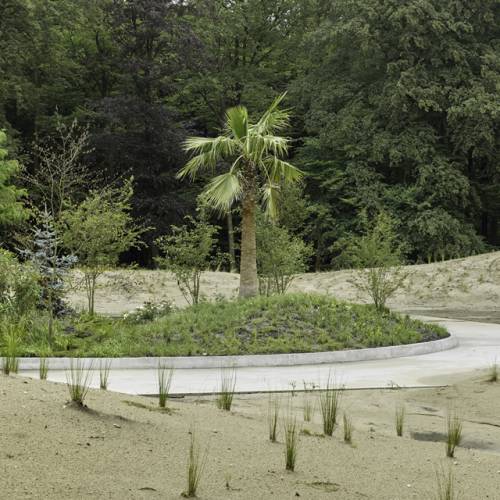 More information about this spectacular work and a time-lapse video.