18 Apr 2015 - 30 Aug 2015
6 Leading museums, together with members of the public, have compiled 6 very different exhibitions on the online platform Mix Match Museum. At the Kröller-Müller Museum, you can discover the fresh perspective of 7 selected guest curators. 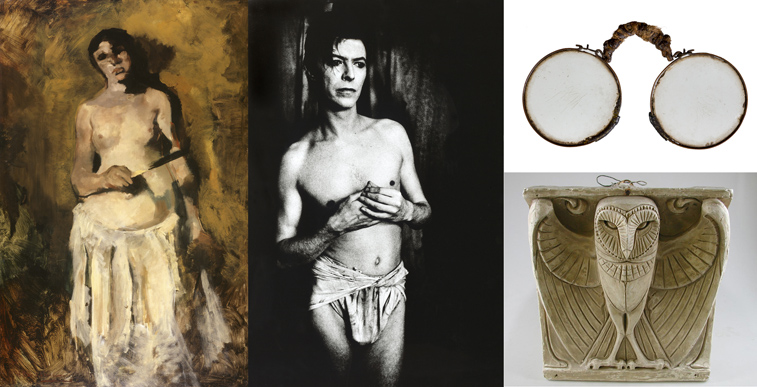 Guest curators at the Kröller-Müller

Their original, personal narratives are given on well-known and lesser-known artworks from the collections of 6 museums. Take a look with them atThe world from above by Serge Stommels, with lithographs by Panamarenko and Hamilton Finlay, and Imagination and representation by Wouter Tempelman. Nanny Coetsier chose works that actually seem to be watching us: with Otto Eerelman’s Blauwe Dog and a pin-up by Erwin Olaf as eye-catchers, while Joeny Veldhuyzen van Zanten confronts the visitor with the fine legacy of Duchamp.

Parcival Bessems and Corine Jacobs are more inclined towards the art-historical route, with respectively an introduction of a Second Golden Age (1813-1940) and a new look at the angles and contrariness of great artists such as Piet Mondriaan and Kurt Schwitters. The final and youngest guest curator is Tom Verbeek (11 years-old). He surprised the museum with an inventive professor and the offer of a self-conceived guided tour.

During Museum Week (18-24 April 2015), special exhibitions will be open in all participating museums: Amsterdam Museum, the Groninger Museum, the Kröller-Müller Museum, Museum Boerhaave in Leiden, Museum TwentseWelle in Enschede, and the Van Abbemuseum in Eindhoven.

Mix Match Museum was made possible with the support of Stichting DOEN.

Take a look at all contributions and read the blog.