1 Jan 2013
-BLOG- Surveys of the public have always indicated that over 80% of the Kröller-Müller Museum’s visitors come for the permanent collection. It is, of course, common knowledge that the works by Vincent van Gogh in particular have a magnetic appeal. But I experienced this in person recently, when, very briefly, there were no Van Goghs on display during the reinstallation of the museum: angry, but above all disappointed visitors, some even in tears. 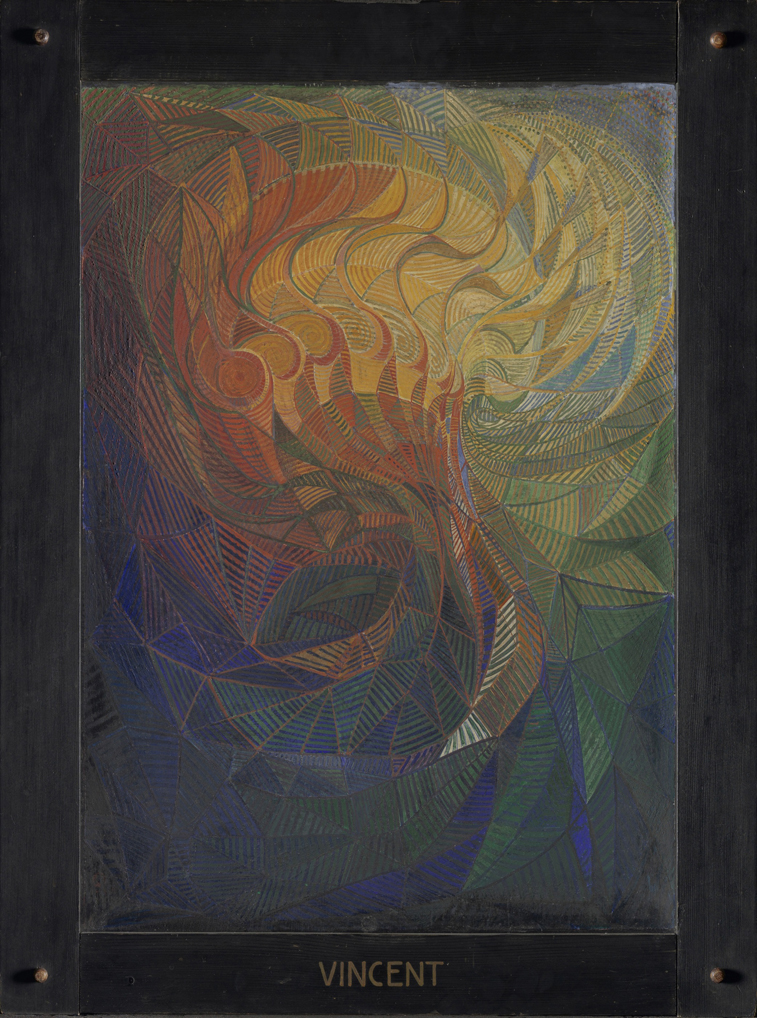 In the presentation Vincent is back, Van Gogh is restored to his prominent position. Another tribute to the much-loved master is hanging a few rooms further along; the painting Vincent (1915) by Vilmos Huszár. The museum purchased this work in the spring of 2012 and it is now on display for the first time.

Vilmos Huszár was born in Budapest in 1884. Via contacts he made during his study in Munich, Huszár arrived in The Hague, where he settled in 1906. There he became acquainted with the art critic and educator H.P. Bremmer. At around the same time Helene Kröller-Müller began attending the courses in art criticism that Bremmer gave to small groups of wealthy people. At that time Bremmer was already known as an authority on Van Gogh and under his influence Anton and Helene started their huge collection of the then far less well-known artist.

Huszár also came into contact with Van Gogh’s work via Bremmer. In 1915 he painted Vincent as homage to him. Huszár chose one of Van Gogh’s favourite themes and painted a highly stylized sunflower, composed of shapes in bright blue, green, red, orange and yellow. The title VINCENT can still be seen on the original frame. Bremmer and his notable students have contributed greatly to Van Gogh’s current popularity. The deep disappointment of visitors while he was briefly absent has left a huge impression on me. Van Gogh is unavoidable. This also proved the case during a trip to Lille and the surrounding area to visit some exhibitions between Christmas and New Year’s Eve. A reproduction of Van Gogh’s Sunflowers hung in my hotel room. I only noticed the brass plate on the door when I went to the room for the second time. The room is called VAN GOGH.