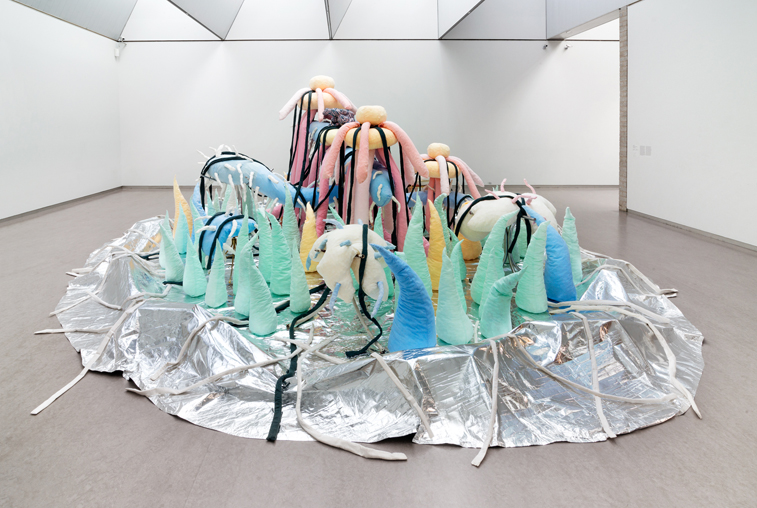 The initials VBVR are of Van Ravesteijn himself and of Geert van Beijeren. They began Art & Project together in 1968. It was one of the first galleries to exhibit avant-garde art in the Netherlands and belonged to the world top in its field. The donation includes reputed artists such as Carl Andre, Tony Cragg, Ger van Elk, Barry Flanagan, Richard Long, Juan Muñoz, Nicholas Pope and Carel Visser.

Of the many exhibitions that were held at Art & Project sometimes works were ‘left over’ which they kept for their own collection. These were by no means remainders but often the finest artworks from the exhibitions at the gallery. In the gallery’s slipstream this slowly and steadily took shape and grew into a collection. ‘The works that we kept moved like trusty companions to each new gallery location and thus proved that they were indispensable. When later there was indeed serious interest then we were gripped by a fury, just like the mother for her children in danger. We hid them under the bed, said that we had donated them to each other on our birthdays or, if that didn’t help, we used hypnosis to disarm the interested buyer’. Thanks to this extensive protectionism, the collection which grew from what had been for a long time the most prestigious art gallery in the Netherlands could be kept for the public art domain.

invisible link between artist and collector

For the Kröller-Müller was not the only museum to receive a generous donation from the collection; also Rijkmuseum Twenthe, Gemeentemuseum Den Haag, the MoMA, Museum Boijmans Van Beuningen en the Stedelijk received parts of the collection, amounting to 850 artworks in total. According to Adriaan van Ravesteijn the gallery owner has to be a colourless figure, an invisible link between the artist and the collector. His only role is to ensure that the art finds a place where it can belong, and this task was performed with the utmost dedication by the VBVR duo and, after the death of Geert van Beijeren in 2005, by Adriaan van Ravesteijn on his own. The donation to the Kröller-Müller has completed their task. By no means colourless figures.