1 Nov 2012
-BLOG- During my study of art history, I already had a great fondness for the work of Italian sculptor Medardo Rosso (Turin 1858-1928 Milan). Rosso was highly significant in the sculptural art of the twentieth century. He was a source of inspiration for Constantin Brancusi and the Italian futurists, but is far less well-known among the wider public than, for instance, his contemporary Auguste Rodin. 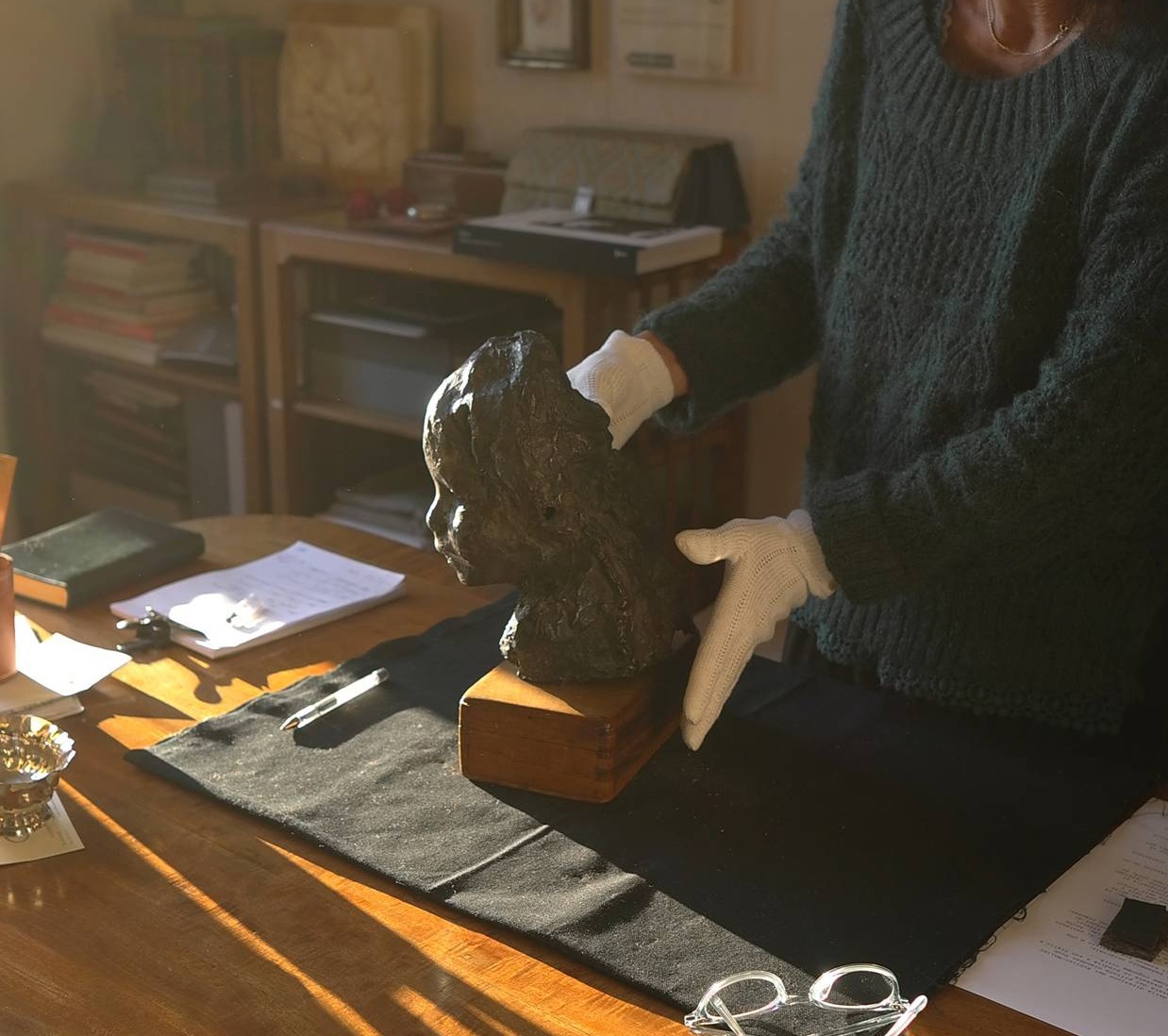 Rosso’s lively sculptures, created literally from flowing material, cast in wax and bronze, have always fascinated me. Raw and unpolished and bearing all the traces of their maker’s hand, they have a certain unfinished quality, something undecided, as if they have yet to reach their definitive form. In the last twenty years of his life, Rosso did not choose any new themes, but continued to make new casts of existing models, reworking these in constantly different ways. Thus, all his works are unique; multiple identical casts of his sculptures do not exist, as is sometimes the case with other sculptors.

In the numerous photographs he made of his works, with varying and sometimes unconventional perspectives, Rosso also made variations on themes such as surface, texture and spatiality. Hence, the photographs should be regarded as autonomous works within his oeuvre, and not as documentation of the sculptures.

The Kröller-Müller Museum has two sculptures by Medardo Rosso, both in wax: Child in the sun and Smiling woman. Recently, the museum came into contact with the owner of a previously unknown sculpture that was potentially a Rosso: a Jewish child, a work created in Paris in 1893 and which is probably a portrait of Oscar Ruben Rothschild. Once Rosso’s work became popular in the twentieth century, it was copied indiscriminately. Thus, quasi Rossos turn up frequently, but a genuine specimen is very rarely discovered.

In late October, Jewish child was examined by experts attached to the Museo Medardo Rosso in Barzio (Northern Italy). It has been credibly established that the sculpture was cast from Rosso’s original plaster model. At the same time, the traces of Rosso’s hand are visible on the surface, in the manipulations that he applied to the wax before casting. Furthermore, by virtue of its high quality, this Jewish child can be dated to the early years of the twentieth century; probably 1905-1906, the years in which Rosso’s work reached an apex.

Up to now, there were twenty of Rosso’s hand-worked – unique – versions of Jewish child. Now there is one more!