The initiators are supported by the following ambassadors:

Martijn Sanders - Honorary chairperson
Martijn Sanders went to the University of Michigan in Ann Arbor after studying sociology (business administration) at the Nederlandse Economische Hogeschool (Netherlands School of Economics) in Rotterdam. He obtained his MBA there in 1972. He always intended to put his education in the art sector into practice. After his military service, he worked for Jogchem's Theaters , a regional cinema company, for ten years, first in Amersfoort and later in Bunschoten; it was one of the largest cinema companies in the Netherlands when he left. In March 1982, he was appointed director of the Concertgebouw in Amsterdam, which under his leadership grew into the most visited classical auditorium in the world. In 2006, he left the Concertgebouw to dedicate himself to his roles on numerous national and international boards, as well as supervisory board memberships and advisory positions, ranging from business to the cultural and public sectors. He also works on consultancy projects in cultural governance and policy.

Wiebe Draijer
Wiebe Draijer studied mechanical engineering at Delft University of Technology. He obtained his MBA at the Insead Business School in 1992. From 1984, he worked as a freelance journalist specializing in social-economics for the newspaper NRC Handelsblad among other media organizations. He worked as a consultant for the management consulting firm McKinsey & Company from 1990, becoming a director of the firm in 2003. Draijer was a member of the Innovatieplatform (a government advisory board to stimulate the Dutch knowledge economy). Wiebe Draijer became the chairman of the board of Rabobank in2014. In 2012, he succeeded Alexander Rinnooy Kan as the chairman and crown-appointed member of the Sociaal-Economische Raad (SER, Social and Economic Council), holding the role until 2014. Before his appointment to the SER, he worked as the Benelux director for the management consulting firm McKinsey & Company. Draijer is a member of the supervisory board of the Kröller-Müller Museum.

Harm Edens
Harm Edens has worked in television and radio for almost 30 years. Dit Was Het Nieuws, 10xBeter, On Air, Gelderse Koppen and Het Vierdaagse Journaal are just a few of the shows he has enjoyed working on; he continues to work on some of them. Behind the scenes, he translated and wrote scripts, television shows, theatre productions, and adaptations for several comedy series such as Het Zonnetje in Huis, Sam Sam, In de Vlaamsche Pot and De Silvia Milecamshow. He also translated stage shows for John Kraaykamp, the Ro Theater, and Theater van het Oosten. Edens has also written jokes for Karin Bloemen and Marjolein Touw, and to this day writes columns for Linda magazine, Roots magazine, and the online edition of NVM magazine.

Eran Habets
Eran has been ABN AMRO MeesPierson’s managing director of Institutions & Charities as well as a member of ABN AMRO MeesPierson’s Management Team. Since graduating in economics from Tilburg University, he has completed several postgraduate programmes, for instance at the Vlerick Business School and INSEAD. He started his career at Van Lanschot Bankiers, where he held various positions. During his last position there, he was a member of Van Lanschot Bankiers’ executive committee. In 2005 he moved to MeesPierson, where he has held various senior management positions. Eran is also the vice-chair of the supervisory board of ‘Fonds Slachtofferhulp’ (a foundation for helping victims of accidents, crimes, and disasters) and chairman of Nedwerk Antwerpen.

Jan Pas
Jan Pas is a lawyer and partner at HBN Law in Amsterdam. He gives advice to companies as well as travel and financial institutions on Dutch and Dutch-Caribbean matters. His focus is primarily on corporate law transactions, investments, and dispute resolution. Jan Pas studied Dutch Civil Law at Utrecht University. From 1993 to 2013, Pas was a lawyer and partner at Pels Rijcken law and civil-law notary firm with a two-year break in the mid-1990s, during which he worked in Curacao.

Maarten Schellingerhout
Maarten Schellingerhout is a civil-law notary and worked for the Dirkzwager lawyers and notaries firm in Arnhem until 2011. He is also a steward-director of the ‘Sint Nicolai Broederschap’ (1352), the Dullertsstichting (1882), and the ‘Burger en Nieuwe Weeshuis’ (1560). For centuries, these foundations have been providing assistance to people in need, financial or otherwise, in Arnhem and the surrounding area.

Michiel van Schooten
Michiel van Schooten is a lawyer and partner at Lexence N.V. in Amsterdam. He specializes in assisting with mergers and acquisitions, private equity-related transactions, and structuring all kinds of partnerships. From 2008 to 2011 he was an executive board member of Meritas Law Firms Worldwide and from 2012 to 2015 he was a member of Lexence N.V.’s board. Michiel is also chairman of the Board of Trustees of Het Compagnietheater as well as a board member of both the Willem Meindert de Hoop Stichting and the Remé Art Foundation.

Jan Karel van der Staay
Jan Karel van der Staay works as a counsel for KPMG. He worked for NUON, Rabobank group, and Philips, before taking on a position as general counsel/Chief Legal Officer at AkzoNobel. He holds several additional positions, such as chair of the Nederlandse Vereniging Toezichthouders Cultuur (the Dutch Association of Supervisors of Culture) and works with the Jazz Orchestra of the Concertgebouw and the EYE Film Institute Netherlands.

Hanneke Stegeman
Hanneke Stegeman works as a communications advisor and organizer of ‘green events’ in the Veluwe region. She studied Dutch language and literature in Groningen. Hanneke worked as a marketing and communications manager at KLM for ten years. She is socially involved in topics close to her heart such as nature and landscape, agriculture and food, energy, and the environment. With such a broad range of interests, she is involved in many projects including: contributing to groenegolflengte.nl and goudenlepelveluwe.nl; working with ‘natuureducatie Staatsbosbeheer Hoog-Buurlo’; working as a journalist for NieuweVeluwe and as a neighbourhood connector for onsoosterhuizen.nl; and co-founding deA (duurzame energie Apeldoorn). Lastly, she is a member of the board of LTO Zuidoost-Veluwe. Due to her association with the Lionsclub Appelthorn she is closely involved in the 'Elke dag kunst in het bos’ (everyday art in the forest) project, which brings children from Apeldoorn into contact with art from the Kröller-Müller Museum and the nature in the Veluwe.

René Verhulst
René Verhulst is a Dutch administrator and politician of the CDA party. As of 8 September 2017, he is the mayor of the municipality of Ede. Verhulst studied law at the then Rijksuniversiteit Utrecht. After his studies, Verhulst became secretary to the board of the Stichting Sociale Woningbouw Utrecht. Subsequently, he worked for the Nederlands Christelijk Werkgeversverbond (NCW, the Dutch Catholic employers’ federation) in The Hague in the field of labour relations, economy, and the environment. From 1994 onwards, he served on the municipal council of Utrecht as a CDA politician. In 2001, he was appointed as chair of the executive committee of education, land, neighbourhood security, and regional affairs. In 2005, he resigned as chair of the executive committee and left the municipal council of Utrecht. Verhulst then took on the role of Director of Operations at the Faculty of Economics and Business at the University of Amsterdam until 2010. René Verhulst was the mayor of Goes from 2010 until 2017. 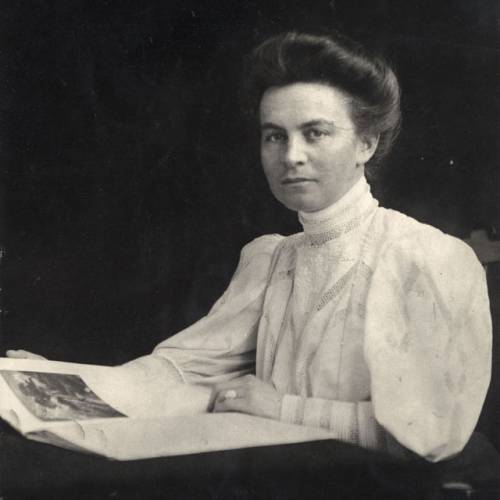 Here you can read more about the Fund and its activities.