Andrew Lord is a sculptor who works with ceramics. His sculptures have everyday forms: coffee and tea pots, vases with or without lids, sugar pots or other pieces of crockery. Lords Thirty pieces. Sorrow. (for T) from 1996 is now on show in the sculpture room of the Van de Velde wing.

After studying ceramics at the Central School of Art in London, Andrew Lord (Rochdale, 1950) worked for a year at De Porceleyne Fles in Delft. By the end of the 1970s he had developed his own artistic language with what he calls ’disrupted form’. He put a pot or vase on the table and followed the varying patterns cast on them by natural light or a lamp. The light-and-shadow planes created on the round model would break its surface into geometric planes. Lord  turned these planes into a two-dimensional pattern, which he then converted into slabs of clay. He would then use the clay slabs to construct a new vase. 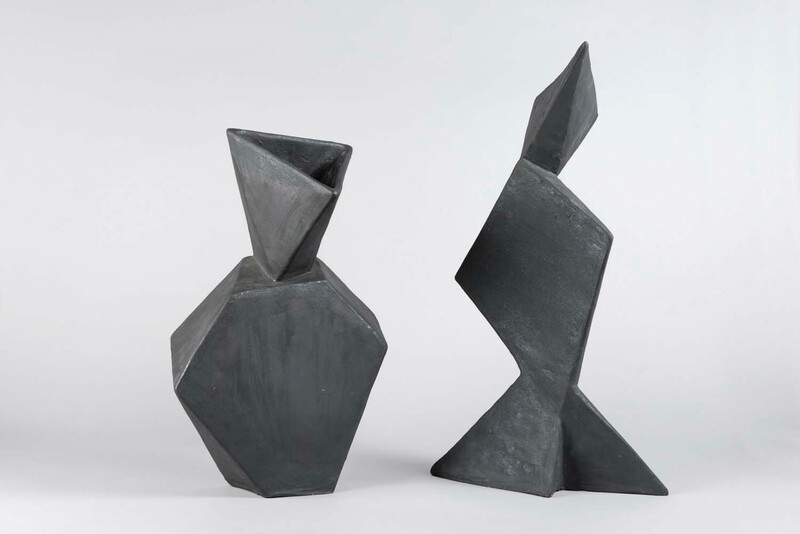 In the mid-1980s this constructive method for working clay made way for direct modelling. Lord would attack the clay, almost to the point of breaking it. He would push the clay inwards or outwards and press the soft material with his fist or fingers against his palms. But he would also bite into them and press slabs of clay against his ears, eyes and nose. Physical contact with the material is for Lord an expression of intimacy. The creative process is a sensory experience. 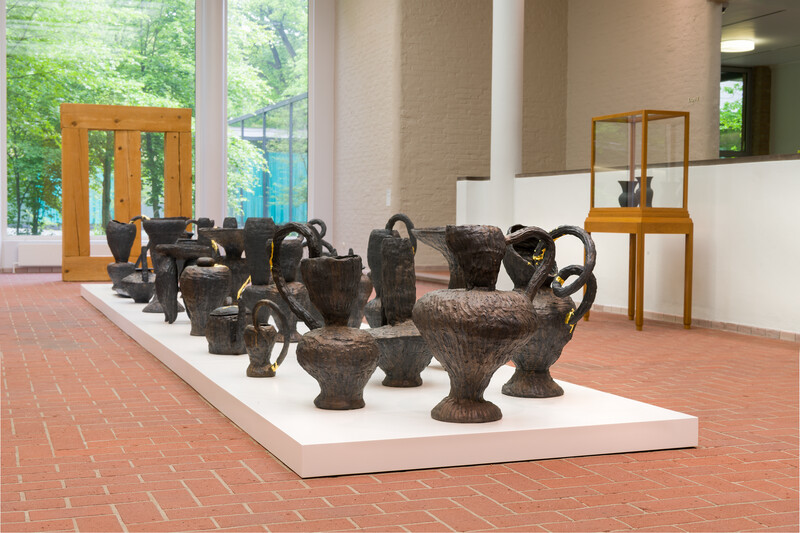 Also in Thirty pieces. Sorrow. (for T) from 1996, the traces of his intensive handwork are visible. Sorrow is one of the works which Lord made during the aids epidemic in New York, where he has lived since 1981. The almost entirely black work, with here and there a touch of gold-leaf, evokes a funeral procession. The matte black simultaneously absorbs and dims all the light.

Andrew Lord donated Thirty pieces. Sorrow. (for T) in 2017 to the Kröller-Müller Museum.