Anne Geene is the fourth artist featured in the series ‘Vestibulum’. This title refers to the place where the exhibitions take place: the former entrance to the museum in the building designed by architect Henry van de Velde and opened in 1938. Every six months, the museum invites an artist to create a presentation for this now rather undefined space, which in some way relates to the place, the history of the museum or the collection. 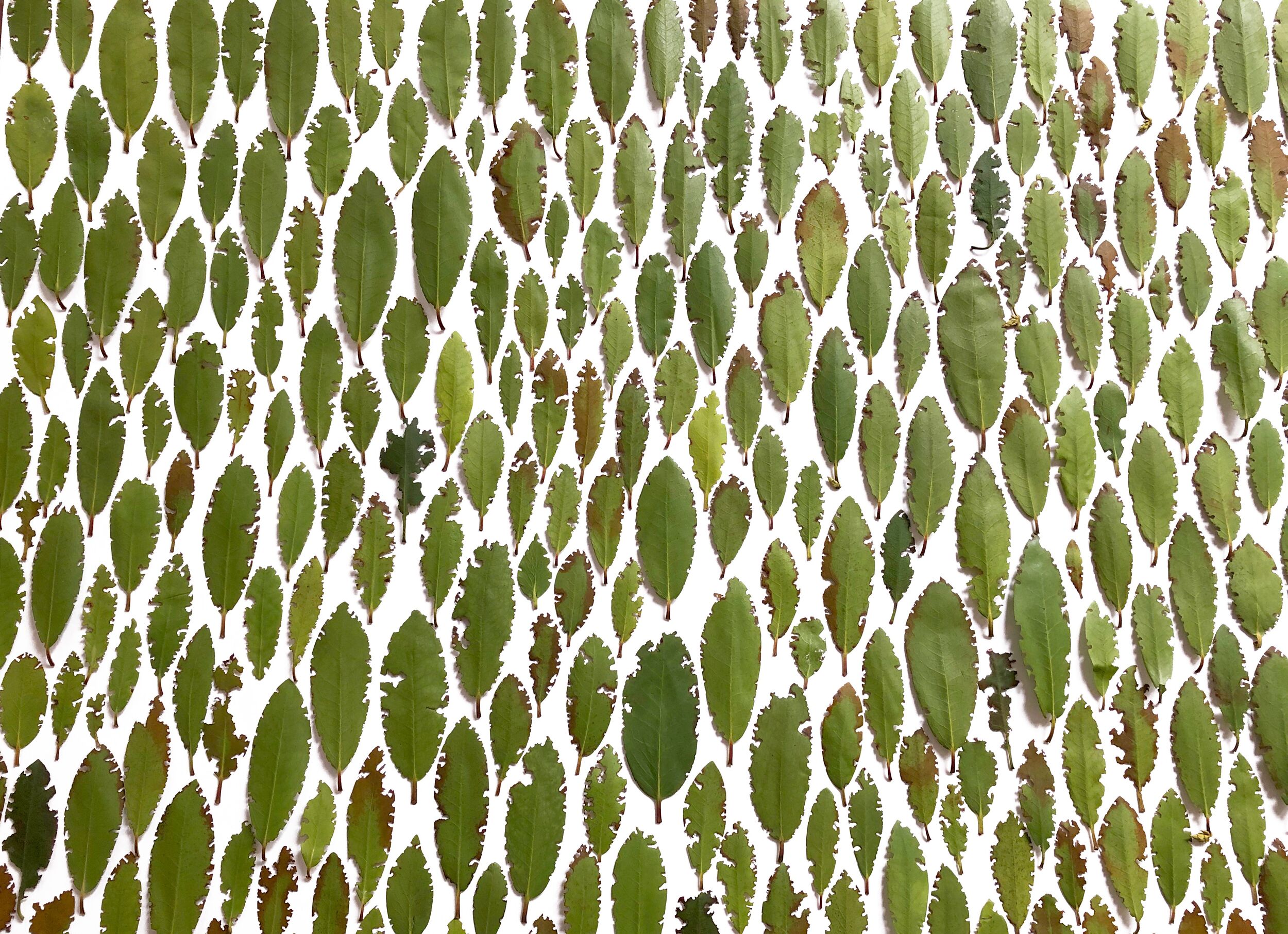 An inventory of nature

Anne Geene (Breda, 1983) counts, measures, photographs and makes inventories of nature. She collects leaves, twigs, stones and pine needles, but also photographs of birds, beetles and pieces of tree bark, based on their peculiarities. She then analyses and organizes them according to an apparent logic. ‘Chance is more important than continuity’, as she says. She looks for visual similarities or patterns, repetitions and small deviations, which she then interprets and categorizes according to strict personal criteria.

Area around the Kröller-Müller

For over a year, Anne Geene criss-crossed the area around the Kröller-Müller Museum. Whatever she came across or caught her eye, she picked up or captured with her camera. From tiny leaves of clover, ground-ivy or sweet William to colour markings on trees and blue skies above the Veluwe. She also photographed trees with a circumference larger than 1.5 metres: trees that were most likely already standing when Helene Kröller-Müller built her museum. And she found a collection of another ‘creature’: a squirrel’s acorn collection. In Anne Geene. Accumulation of things she shows us the surroundings of the museum through insignificant things, such as pieces of rubble, blades of grass, sand and half-eaten leaves, presented together in a modern-day cabinet of curiosities. 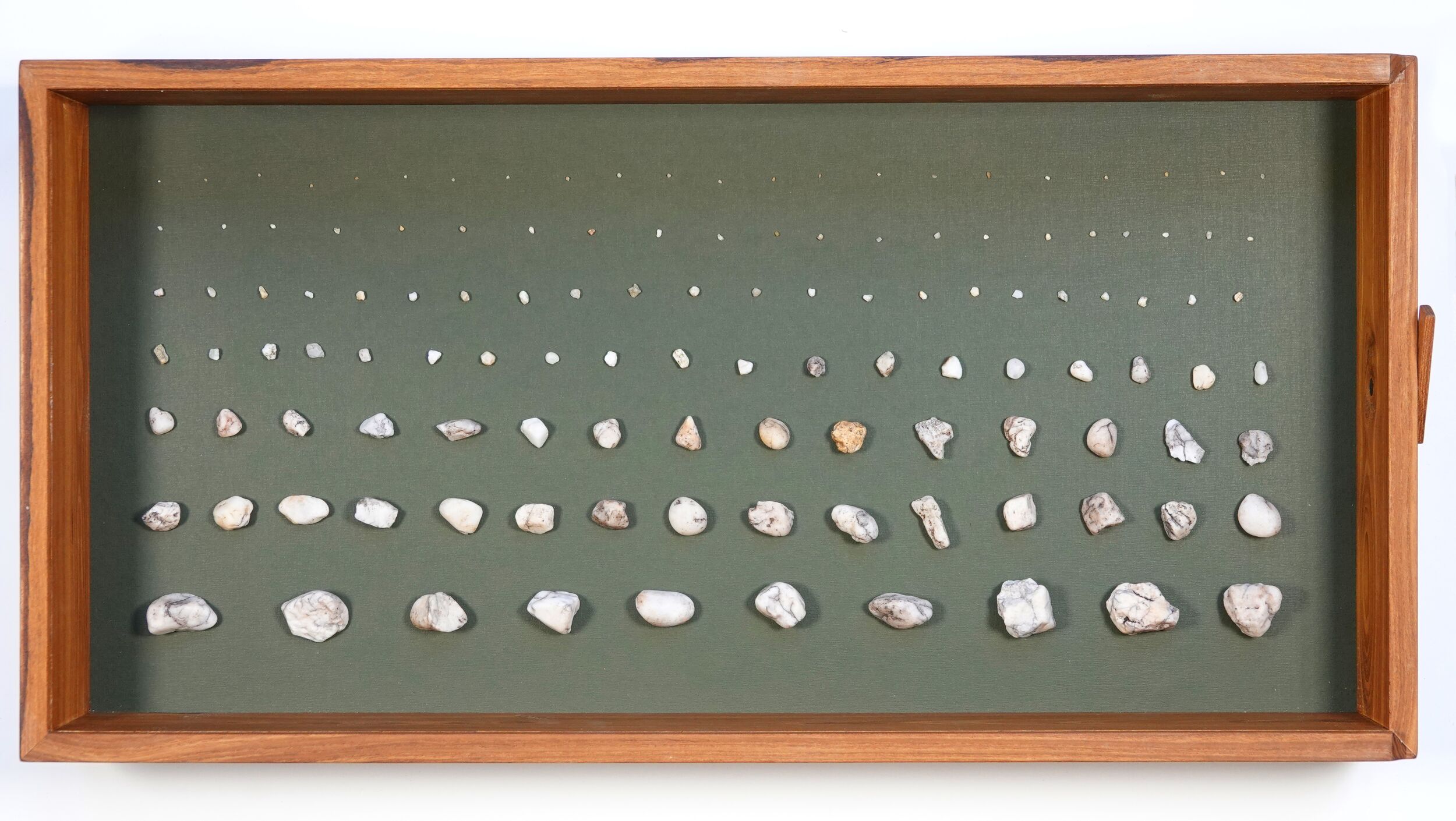 In Anne Geene. Accumulation of things, Anne Geene raises the issue of the human desire to collect, organize and know. In so doing, she subtly refers to the passion for collecting of Helene Kröller-Müller, the museum’s founder. Helene regarded her collection, meticulously recorded in her collection book, as closed. But can ‘a carefully selected series of works of art’ ever be complete? With this question in mind, Geene examines concepts such as possession, completeness, selection and desire. 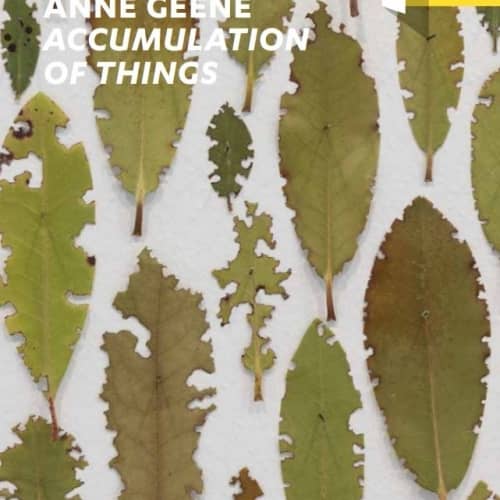