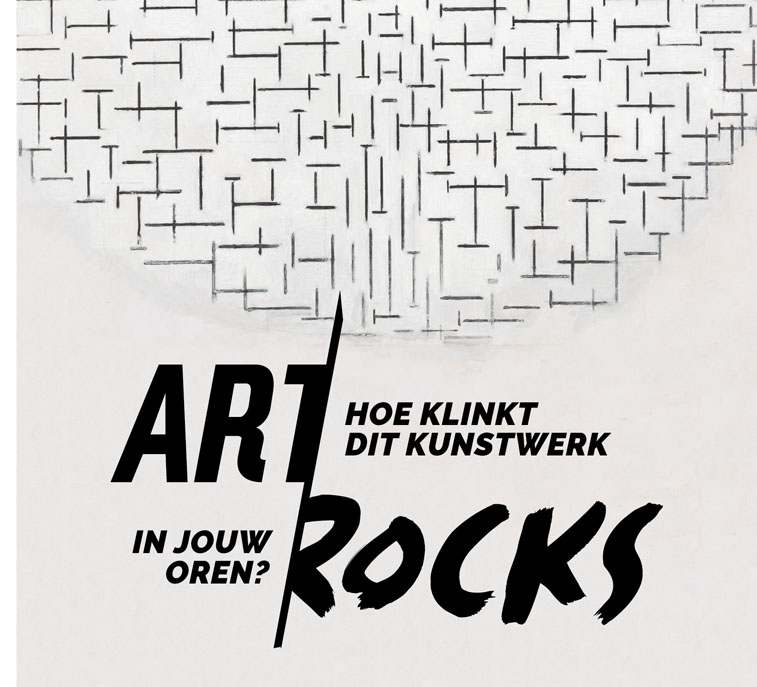 On 31 August, Art Rocks 2016 began: a national music competition in Museum Boijmans Van Beuningen, Tropenmuseum, Kröller-Müller Museum, Drents Museum and Museum Het Valkhof. Together with the Grote Prijs van Nederland (music awards), the museums challenge musicians to write a song inspired by icons from their museum collections. In 5 preliminary rounds, the musicians perform live in the presence of the masterpiece they selected. The best acts go through to the final in the Paradiso music venue. In addition to the music competition, the museums offer a varied side programme with, for instance, a masterclass by Art Rocks ambassadors Giovanca and performances by Cata.Pirata (Skip & Die).

50 artworks from various periods, styles and disciplines have been selected for this third edition of the Art Rocks music competition. Take inspiration from works by masters such as Van Gogh, Mondriaan, Andy Warhol, Rembrandt and Picasso. You can see the artworks at artrocks.nl , or visit the museum yourself! From the best entries, 50 acts will be selected by a professional jury and through public voting. These acts will compete in the museum, in front of their favourite artwork, for a place in the final. All the finalists win their own professional music video and a studio recording at Red Bull Studios Amsterdam. The winner of Art Rocks 2016 in Paradiso takes home a cash prize of € 1.000.

Singer Giovanca and Skip & Die frontwoman Cata.Pirata also wrote their own numbers, inspired by Madonna (Roy Villevoye) and The Mandrill (Oskar Kokoschka) respectively. The ambassadors are also included in the jury and the varied side programme organized in the museums: including songwriting masterclasses by Giovanca, and performances with the artworks. The Kröller-Müller is organizing a masterclass with Giovanca on 1 October. More info and entry
You can listen to Giovanca’s and Cata.Pirata's song below:

In 2012, Museum Boijmans Van Beuningen organized the first, successful edition of Art Rocks, supported by the BankGiro Lottery. Young and old attended the musical events and masterclasses by Giovanca and Typhoon, among others. Try Acrobatics won this first edition. The second edition followed in 2014, whereby Museum Boijmans Van Beuningen invited the Centraal Museum and Groninger Museum to participate. With an exciting final during Eurosonic/Noorderslag, Bird in a Glasshouse emerged as the winner. As in the previous editions, the Grote Prijs van Nederland is the partner of Art Rocks. Art Rocks 2016 is supported by the Cultural Participation Fund (FCP) and the Mondriaan Fund.

Participants must be at least 16 years of age, the competition is for both amateur and professional musicians. Choose one of the fifty selected artworks and sign up by 23 October at the latest at www.artrocks.nl!

Selection of the Kröller-Müller 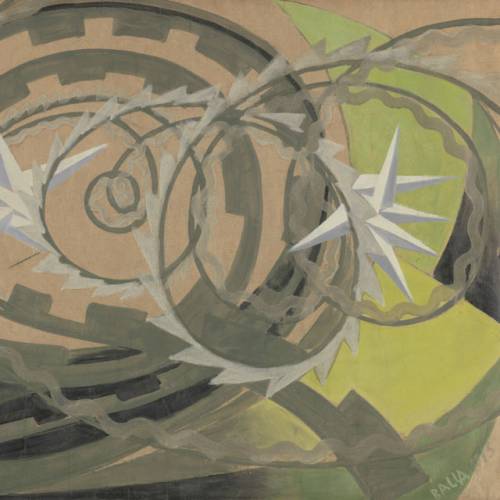 Go to the 10 works, selected by the museum.