Casein on cement board (asbestos)

Bart van der Leck is known mainly as the co-founder of the magazine De Stijl. In 1916, like Piet Mondriaan, he chooses a radical abstraction in his work and to use the primary colours red, yellow and blue. That choice was preceded by a quest for a new visual idiom. The cat is a good example of that.

During a visit to Paris, he is impressed by the classical Egyptian art in the Louvre. Inspired by this, he develops a style with highly simplified forms and sober colours. Consequently, in The cat he depicts the animal both from the side and in profile, and uses only the colours black, white, red and orange.

Helene Kröller-Müller is ‘fascinated’ by The cat, as she writes to Van der Leck: ‘I always call her “my conscience”, because her piercing eyes follow you everywhere and sometimes we have had to put her away, to be without her relentless company for a while’.

Dimitri Laktionov made this short film, inspired by The cat. Moving Pictures  is a creative collaborative project of ArtEZ and the Kröller-Müller Museum. 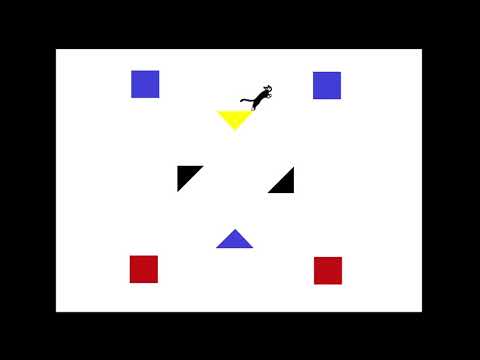