Cornelius Rogge. Works from the collection

Cornelius Rogge (Amsterdam, 1932) is no stranger to the Kröller-Müller Museum: his Tent project has been standing in the sculpture garden since 1975. In addition to a series of drawings for this project, the exhibition includes works from various phases of his oeuvre: shiny steel tables, papier-mâché tabernacles and a cast-iron ‘battle cart’. 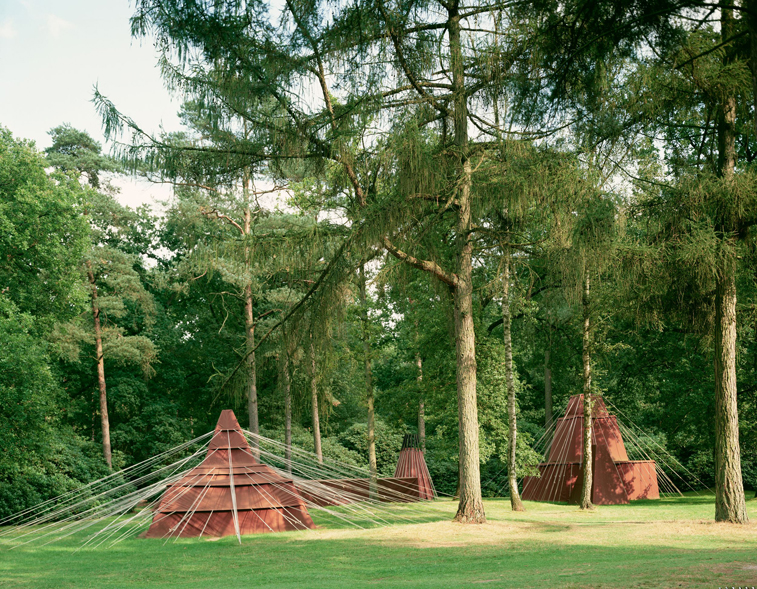 The Tent project is a group of six large brown canvas tents. These are no ordinary tents. Some have the shape of a truncated pyramid or cone, others resemble a wigwam or a ziggurat. Moreover, the tents have no entrances. Whatever lies within them remains literally in the dark. Rogge offers us no concrete solutions or answers. On the contrary: with the mundane object of the tent, he calls attention to the inexplicable. ‘I sometimes compare it with the church. There, secrets also exist, which one cannot penetrate. Every culture always has mysteries that are inaccessible to people. And that mystery has disappeared in modern culture. Perhaps today’s art has the task of bringing back mystery.’

Rogge, who was raised in a theosophical milieu, searches for what lies behind outward appearances, in the knowledge that he will never really succeed and that humankind has to live with ambiguity and the inexplicable.

His work develops in successive phases which are outwardly very different in appearance. In 1968 he begins a phase of chromed steel ‘tables’ with strange ‘objects’. In the final work in this series, Table with four squares, sword-like shapes protrude through the table top. In the next phase the tables are separated from their base and they are hung on the wall as wall sculptures. 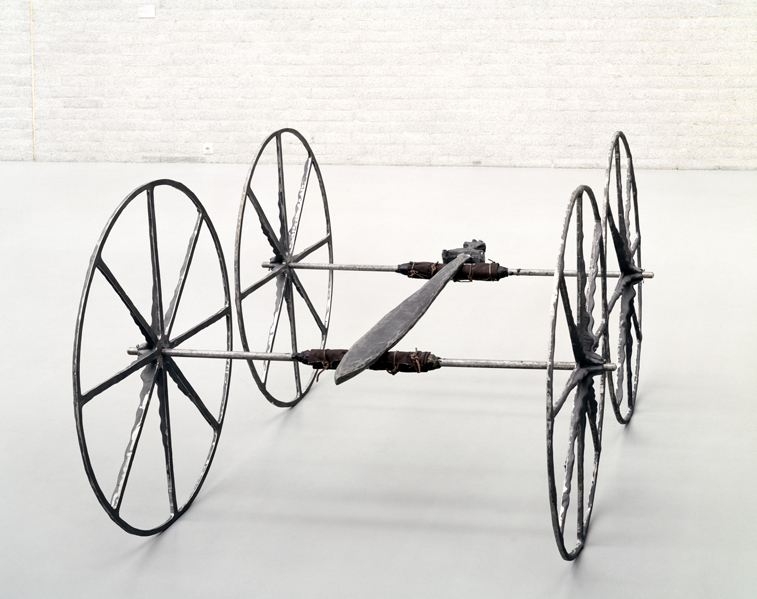 In the 1980s, Rogge transforms the guy lines of his tents into the ribs of towers and tabernacles of papier-mâché, and then into the spokes of wagon wheels. Unlike the hermetic ‘structures’, the wagons seem to have nothing to hide. In complete openness, they carry their burden: a large cast-iron sword. But here too, Rogge offers us only external appearances and attributes that are rich in connotations.