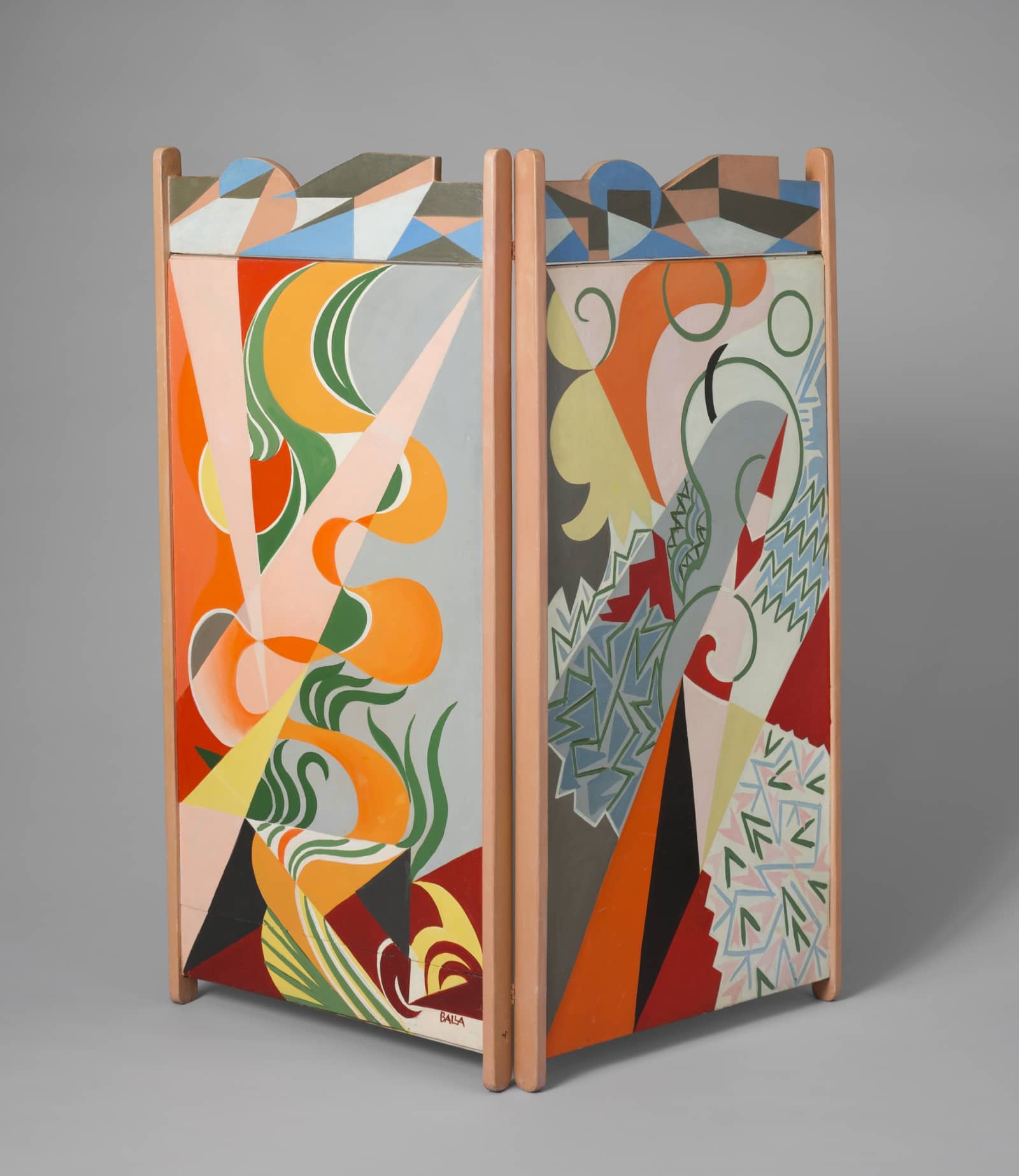 From its earnings for the year 2020, the BankGiro Lottery has donated the sum of € 1,057,000 for acquisitions. Lisette Pelsers, director of the Kröller-Müller Museum: ‘We are delighted with this generous and indispensable contribution from the BankGiro Lottery, with which the Kröller-Müller can make substantial acquisitions’. Thanks to this contribution, the Kröller-Müller Museum was able to acquire three futurist works. The acquisitions, a folding screen by Giacomo Balla, a drawing by Oleksandr Bohomazov and a painting by Jules Schmalzigaug, are on display in the exhibition The futurist collection from 20 March to 9 January 2022. The Kröller-Müller is proud to be the only museum in the Netherlands that can show futurism as an integral part of art history in its permanent presentation. 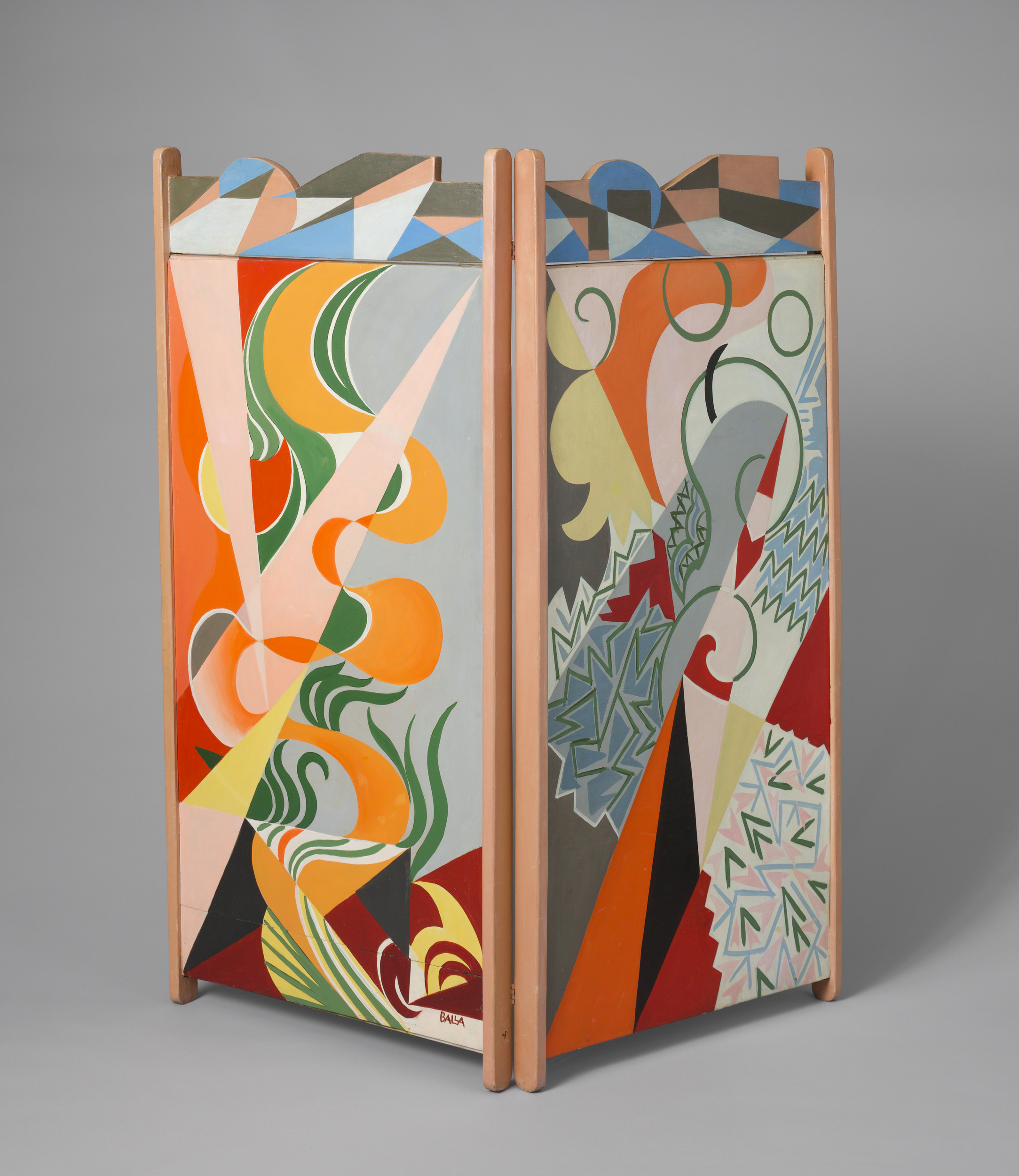 The museum has acquired Paravento (oil on wood, 124 x 115.5 cm, 1916-1917) by Giacomo Balla (Turin, 1871-Rome, 1958). It is the third work by this Italian futurist that the museum has acquired since 2013. The folding screen (‘paravento’) is one of the four surviving folding screens by Balla, two of which are in the Kröller-Müller collection. Paravento con linea di velocità (1916-1917) was acquired in 2015. Paravento is a fine example of the futurists’ pursuit of a new, contemporary design for all aspects of life. The futurists did not limit themselves to visual art, but designed and produced a wide variety of functional objects, from furniture and carpets to ceramics and books, and were involved in advertising, theatre, film and architecture.
Balla was unsurpassed in his dedication to the design of everyday life. In the many objects that he designed, central futurist concepts such as speed and sound are expressed in a wide variety of abstract and rhythmic forms and in true explosions of shapes and colour. The applications were unlimited and not an inch was left uncovered. For Balla, this ‘decorativismo cromato astratto’ (abstract chromatic decorativism) was an expression of freedom and human creativity, which he regarded as essential for avant-garde art.

The second acquisition is Self-portrait (black ink on paper, 35.2 x 14.5 cm, 1916) by Oleksandr Bohomazov (Yampil, 1880-Kyiv, 1930). Bohomazov was part of the Ukrainian avant-garde. He studied with Alexander Archipenko and Alexandra Exter and exhibited with Natalia Goncharova and Mikhail Larionov. Like many artists of his generation, he worked in a succession of different styles, such as symbolism, pointillism and fauvism. His work in the period between 1913 and 1915 is purely futurist and coincides with the heyday of Italian futurism, with which Bohomazov was familiar through publications. The acquired Self-portrait is the only one that Bohomazov made during this period. In 2015 and 2016, the museum acquired six futurist drawings by Bohomazov. 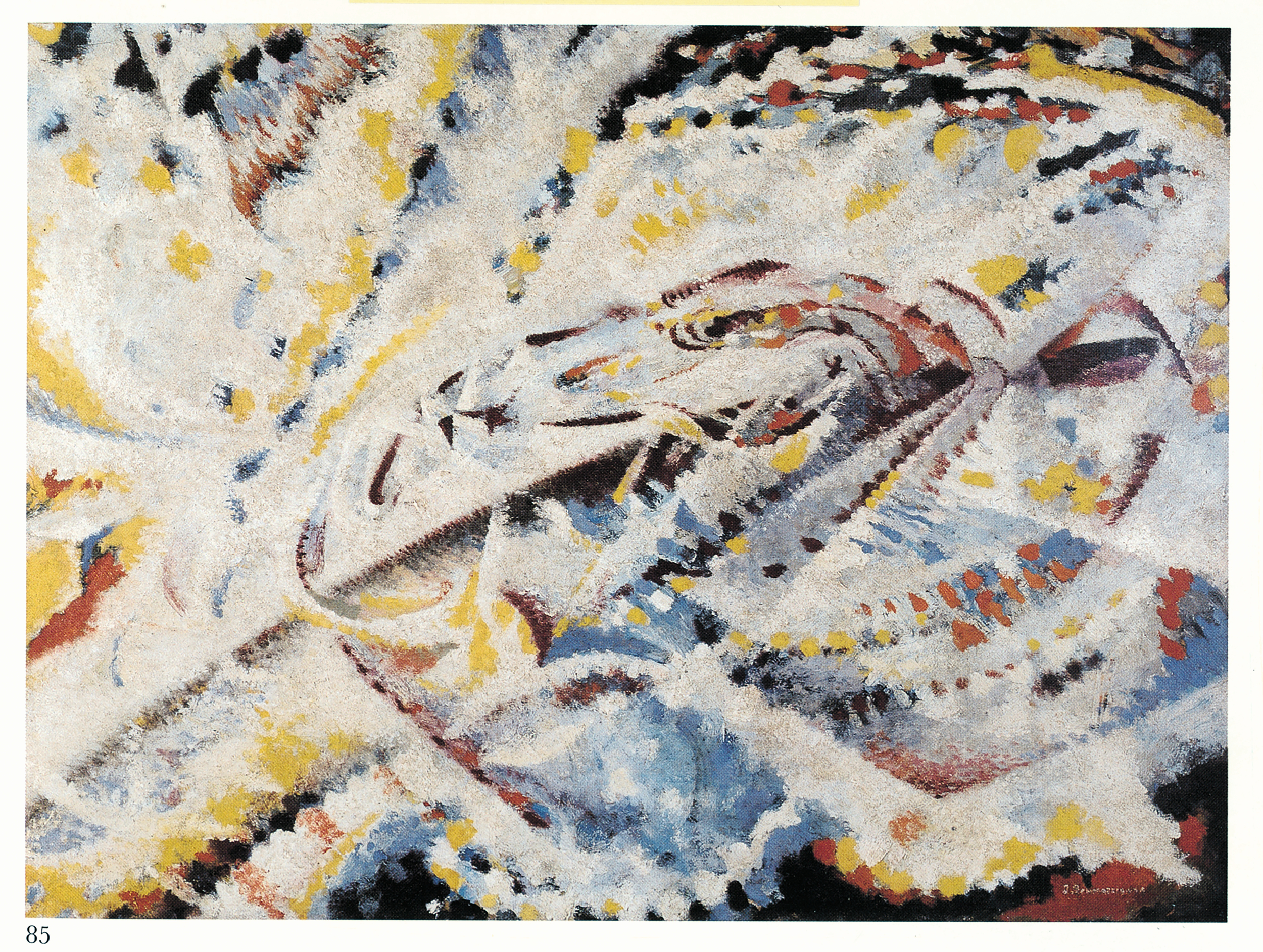 The third work is a painting by Jules Schmalzigaug (Antwerp 1882-The Hague 1917): Expression dynamique d’une motocyclette en vitesse / Dynamic expression of a fast-riding motorbike (oil on cardboard, 73 x 100 cm, 1915). This is one of the most purely futurist paintings by Jules Schmalzigaug, who is considered the only real Belgian futurist. A high point in his early career was his participation with six paintings in the international group exhibition of futurism Esposizione Libera Futurista Internazionale, which took place in April-May 1914 at the Galleria Futurista in Rome. Giacomo Balla, Carlo Carrà, Gino Severini and Umbertio Boccioni also participated in this exhibition.
Shortly thereafter, the outbreak of the First World War forced him to return to Antwerp and subsequently The Hague. There he became acquainted with Dutch and (exiled) Belgian artists, such as Georges Vantongerloo and Rik Wouters. In the winter of 1916-1917 he took part in the Tentoonstelling van Belgische Kunst (Exhibition of Belgian Art) at the Stedelijk Museum in Amsterdam, with two paintings and several drawings.
Schmalzigaug’s work fell into obscurity and was only rediscovered in the 1980s. In 1986, six of his paintings were included in the major retrospective of international futurism Futurisimo & Futurismi at Palazzo Grassi in Venice. He is well represented at the Royal Museum of Fine Arts Antwerp, the Royal Museums of Fine Arts of Belgium in Brussels and the Mu.ZEE in Oostende.

The three acquisitions were made possible by the participants of the BankGiro Lottery.