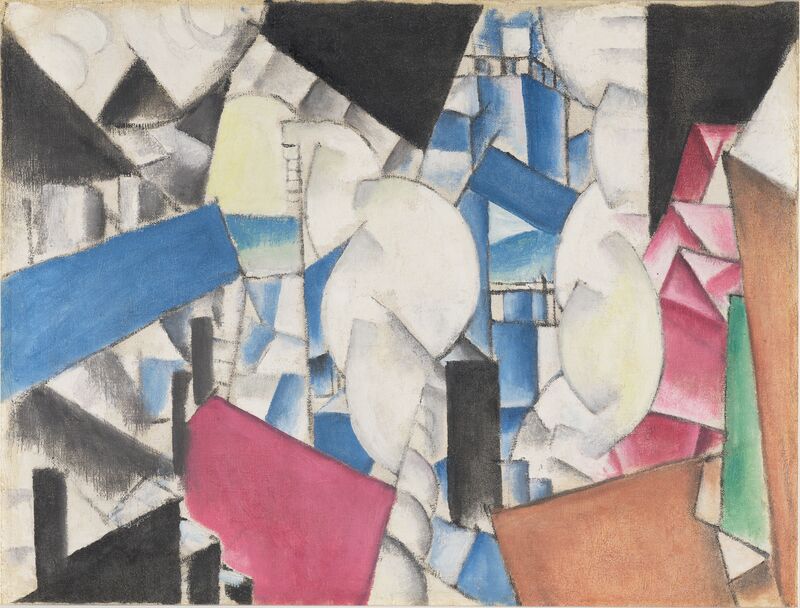 With the exhibition Fernand Léger and the rooftops of Paris, the Kröller-Müller Museum focuses for the first time on a turning point in Léger's early work: his quest for abstraction and the decisive role therein of the series Fumées sur les toits. It also features a premiere: the discovery of a hidden painting.

Turning point in his career

When Fernand Léger (1881-1955) paints the series Fumées sur les toits in the years 1911-1912, he finds himself at a turning point in his career. He has made a radical departure from the style of his earlier works and initially seeks inspiration from Paul Cézanne in particular. When he moves into a new studio in Paris, he uses the many chimneys and plumes of smoke that he looks out upon as a motif for his experiments. Léger's quest for more abstraction and more colour ultimately results in cubist works such as Contrastes de formes, which are created on the eve of the First World War. The painting La partie de cartes from 1917, which Helene Kröller-Müller acquires for her collection and which is a high point in Léger’s oeuvre, would also have been unimaginable without the Fumées sur les toits. Fernand Léger regarded the Fumées series as an important moment in his career.

The centrepiece of the exhibition is a newly discovered painting from this series. The painting appears on the reverse of Léger’s Le quatorze juillet, which was acquired by the Triton Collection Foundation in 1999. The Fumées sur les toits painting was revealed during recent conservation work.

The broader context is formed by the works of the two groups of cubists in Paris: Pablo Picasso and Georges Braque who showed their work mainly in the gallery of Daniel-Henry Kahnweiler, and the group around Léger, which exhibited at the major Salons and also included Robert Delaunay, Jean Metzinger and Henri Le Fauconnier.

Concurrently with Fernand Léger and the rooftops of Paris, the museum presents Analogous to Léger, in which Jan Robert Leegte (1973) and Harm van den Dorpel (1981) both reflect on the painting Fumées sur les toits from the Triton Collection Foundation with a digital artwork.

About the Triton Collection Foundation

The Triton Collection Foundation was established in 1996 and is currently among the two hundred most important private collections in the world. The collection comprises paintings and sculptures by internationally renowned artists from 1870 to the present, from impressionism to the emerging artists of today. That which connects the artists within the collection is their innovative capacity. They were and are the pioneers and ‘innovators’ of their time. The Triton Collection Foundation believes that art should be accessible and shared with the public. A continuous programme of loans to over seventy museums worldwide ensures that a large international audience is able to enjoy the works from the collection.

The exhibition Fernand Léger and the rooftops of Paris is produced in collaboration with the Triton Collection Foundation. The guest curator for the exhibition is Sjraar van Heugten, former Head of Collections at the Van Gogh Museum and currently independent art historian.