Sometimes a conservation project is given priority because of a loan request. Février, soleil levant, Bazincourt from 1893 by the French impressionist Camille Pissarro was requested for a major retrospective of the Pissarro at the Von der Heydt Museum in Wuppertal in 2014.

The varnish was removed and the painting restored to its original state – Pissarro did not varnish his paintings. The sparkling, sometimes almost candy-cane hues that the painter applied to evoke the effect of the early morning sun on a cold February day can once again be seen in all their glory. In addition, an alternative was sought for the painted wooden frame that was placed around the work in the course of the twentieth century. After research by an external frame conservator into the frames that Pissarro himself used, an authentic nineteenth-century French frame was selected. 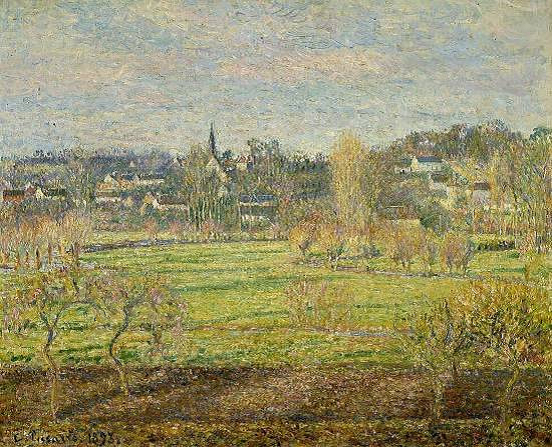 The Fund contributed € 9,300 for the conservation of Février, soleil levant, Bazincourt and for a new frame for the painting.