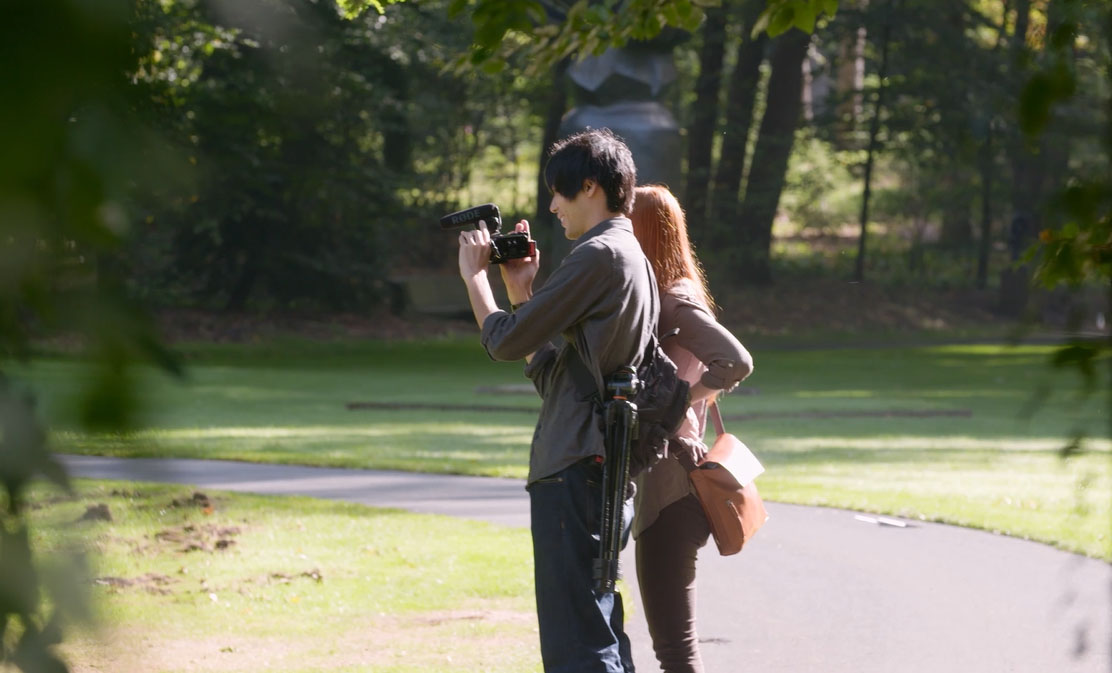 The Kröller-Müller Museum partnered with multimedia company Lukkien in Ede to develop innovative promotional films for the international market. The museum welcomes more than 360,000 visitors every year of which approximately 50% are international art and culture aficionados. Some of these visitors come from European countries such as Germany, Belgium, France, Italy, and Spain, while many come from more distant nations such as the USA, Japan, China, Brazil, and other parts of the world.

To inspire and inform

The museum wanted to create a new promotional film that was unique and not standard in the museum world. The intention was to introduce the museum in an appealing and exciting way to a broad international public. Jos Leene, creative supervisor at Lukkien, explains: ‘We are proud that the Kröller-Müller Museum went along with our umbrella-strategy based on the principle that while everyone is entitled to have an opinion about art, you need to experience it first. That the museum then selected the First-Time Vloggers concept was a wonderful and challenging confirmation of this. Lukkien is proud that their partnership enables the Kröller-Müller Museum to inform and inspire their target group in a unique way.’

Together with Lukkien, the museum chose three international vloggers who were sponsored by KLM to fly to the Netherlands and explore the Kröller-Müller Museum. Gareth Leonard (USA), Rachel Moon and Jun Hirano (Japan), and Lucrezia Oddone (Italy) were filmed by Lukkien during their visit.

‘This helped us get a unique glimpse into the thoughts and feelings of ‘first-time visitors',’ explains Lies Boelrijk, marketing & business development manager of the Kröller-Müller Museum. ‘What was most notable was the amazement about the Van Gogh collection (which is the second-largest Van Gogh collection in the world) and the icons in the sculpture garden. But the vloggers were also incredibly enthusiastic about cycling through the natural landscape of
the Hoge Veluwe national park. It is authentic and universal, and that is what makes for convincing promotional films.’