26 Mar 2019
Now that the ‘winter packaging’ has been removed from several fragile works in the sculpture garden and the garden is ready for spring, the Kröller-Müller Museum is announcing four new acquisitions of work by Bill Woodrow, herman de vries, Sol LeWitt and Jan van Munster. 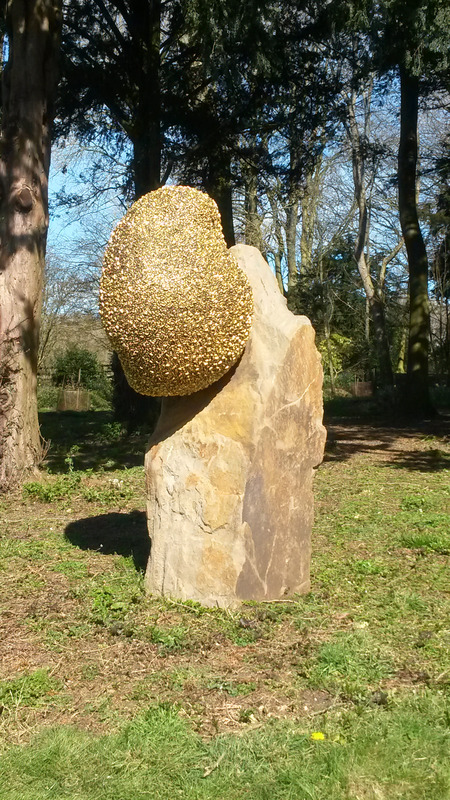 Rockswarm is one of the sculptures that Bill Woodrow made about bees and keeping them. Woodrow is himself a beekeeper. These works stem from his fascination for the tight-knit organization of a bee colony, and for its vulnerability. Rockswarm shows the formation of a swarm, a phenomenon that only occurs when a colony is about to move or has recently done so. In Rockswarm, the place of arrival or departure of the radiant, gold-leaf-covered tangle of bees, is the inhospitable environment of a bare rock. 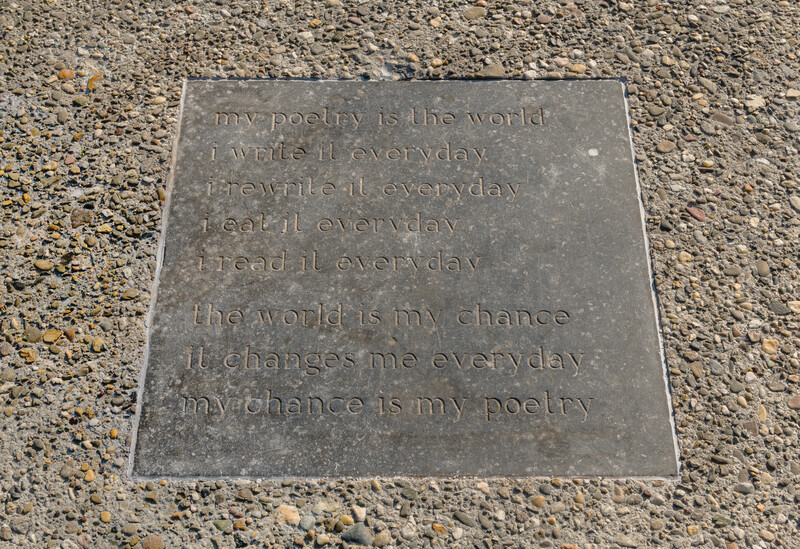 my poetry is the world ... was made by herman de vries in 1974 on the occasion of the first Symposion in Gorinchem, a sporadic art event organized for constructivist and concrete art. The tile was in the pavement in front of Kunstcentrum Badhuis in Gorinchem from 1974 to 1984 and subsequently in front of de vries’ gallery Art Affairs in Amsterdam from 1988 to 2008. Now the work lies in the path to the sculpture garden at the Kröller-Müller Museum, where visitors can walk over it, whether aware of it or not. Carved into the stone is the all-embracing motto of herman de vries: my poetry is the world. 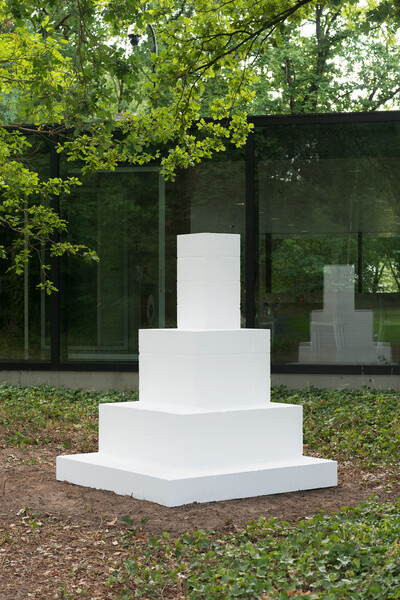 Untitled, 1992, is the second sculpture by Sol LeWitt in the sculpture garden of the Kröller-Müller. Just like the monumental Six-sided tower, this new sculpture is made of stacked concrete blocks. Untitled is made up of four levels: the bottom level consists of one layer of blocks, while the levels above are two, three and four blocks tall respectively. Because each layer is two blocks narrower than the layer below it, a ‘tower’ is created that tapers toward the top. Untitled is a much more intimate sculpture than Six-sided tower. It is therefore placed close to the museum, where it relates to the architecture. 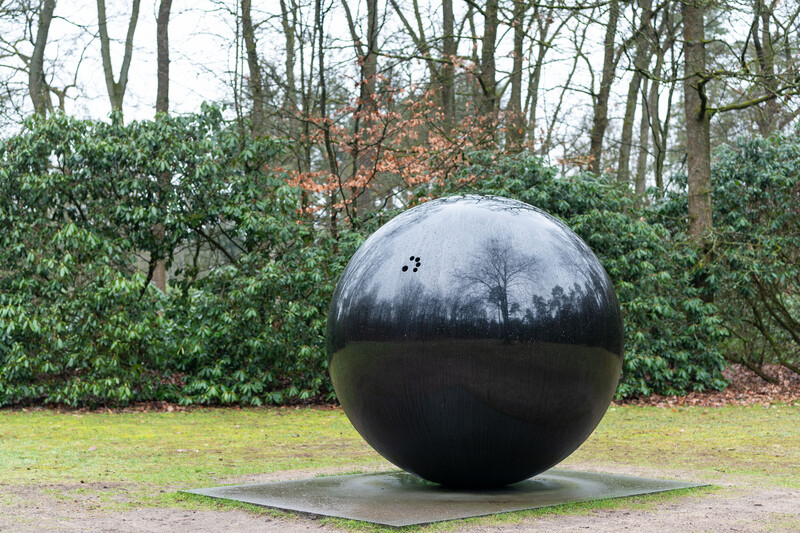 Battery for five fingers is the sculpture that Jan van Munster donated to the museum in the summer of 2018. The nine-ton granite sphere is one big ball of amassed energy. The five round holes invite you to insert your fingers, in order to ‘charge yourself up’. Battery was given a place in the sculpture garden, where the granite sculpture +- has already stood since 1988. The length of the plus and the minus and the diameter of the sphere are 172 cm, Van Munster’s height.