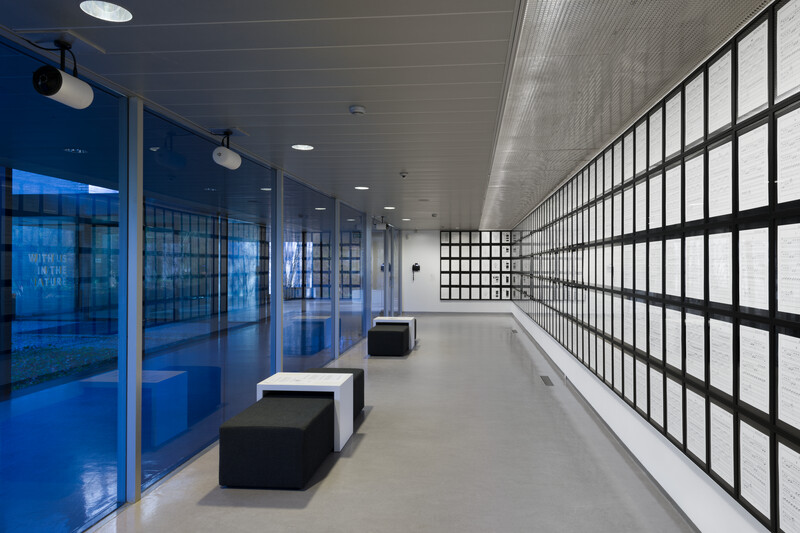 After studying at the art academy in Hamburg, she stays in New York in the years 1966-1968. There she befriends artists such as Sol LeWitt, Carl Andre and Lawrence Weiner. Her wall-filling systematic drawings, with series of numbers and sometimes including photos and notes, are the most representative examples of her work. In 1967 she makes her first series of numbers according to a self-conceived numerical system, based on the calendar. In this way she seeks to visualize the progress of time. The system develops into an extensive archive with thousands of typed or hand-written pages in pen or pencil.

The 416 framed pages that make up Wende >80<, 1980-81, form a collection of drawings in which the visual element is at least as important as the content. The work comprises fourteen different groups, including musical scores, tree studies and combinations of text and photographs. Wende >80< literally constitutes a ‘wende’ or turning point in Darboven’s oeuvre. For the first time, she converts series of numbers and characters into notes. This ‘mathematical’ minimal music, which she preserves on eleven long-playing records, is part of the work. The music can be heard in the exhibition.

To the wall text