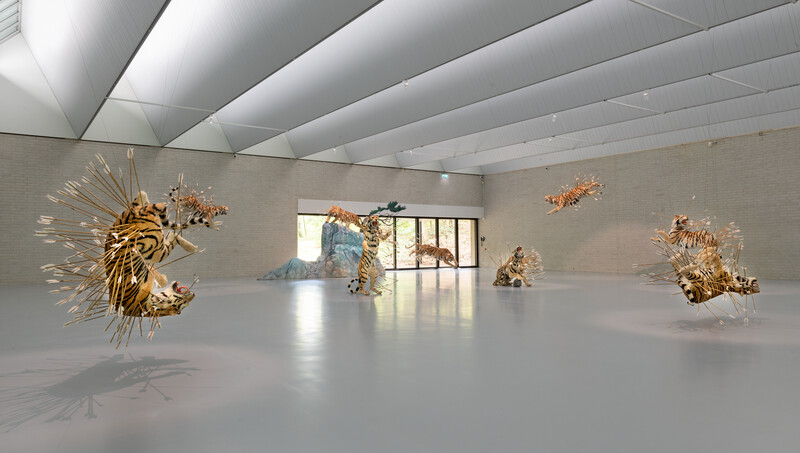 The monumental installation Inopportune: Stage two (2004) consists of nine replica tigers pierced by dozens of arrows and a set decoration in the shape of a mountain with a tree. The tigers are suspended in the space in their death throes. With the lifelike depiction, the Chinese artist Cai Guo-Qiang (1957) evokes a direct, physical response in the audience: the observer feels the pain of the tigers pierced by arrows. Inopportune: Stage two has only been shown once previously at the Kröller-Müller, but it was immediately a visitors’ favourite.

Cai Guo-Qiang has built up a highly personal oeuvre in which he frequently works with gunpowder and often impressive installations in which he presents his reactions to terrorism, the violence of war and, in this case, the extermination of animal species. 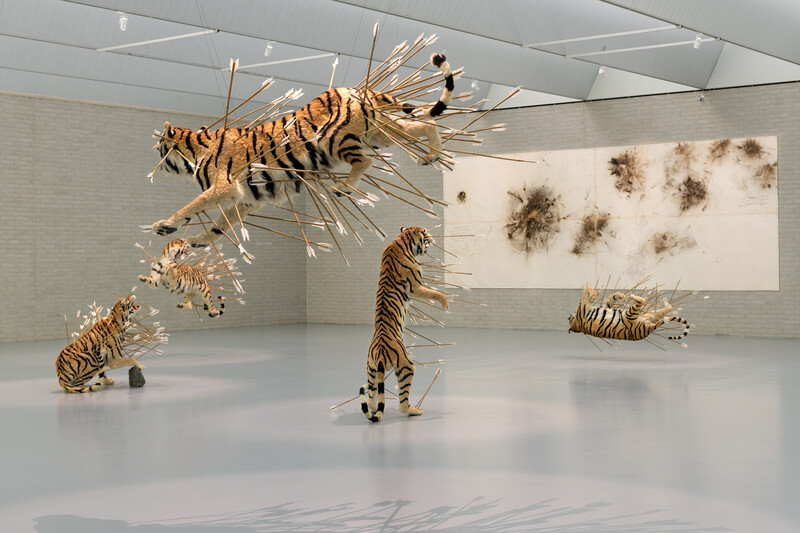 In addition to Inopportune: Stage two, the work Myth: Shooting the suns: Project for extraterrestrials no. 21 (1994) by Cai Guo-Qiang is also on display. 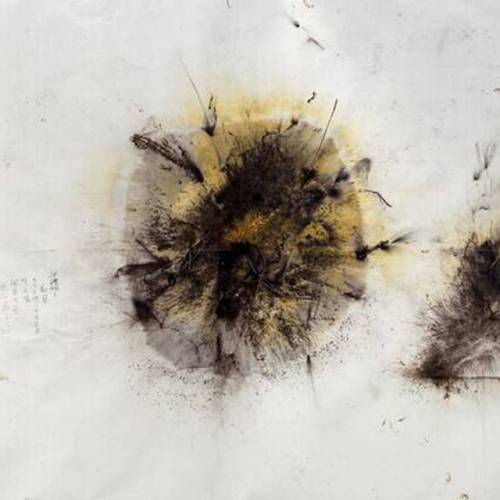