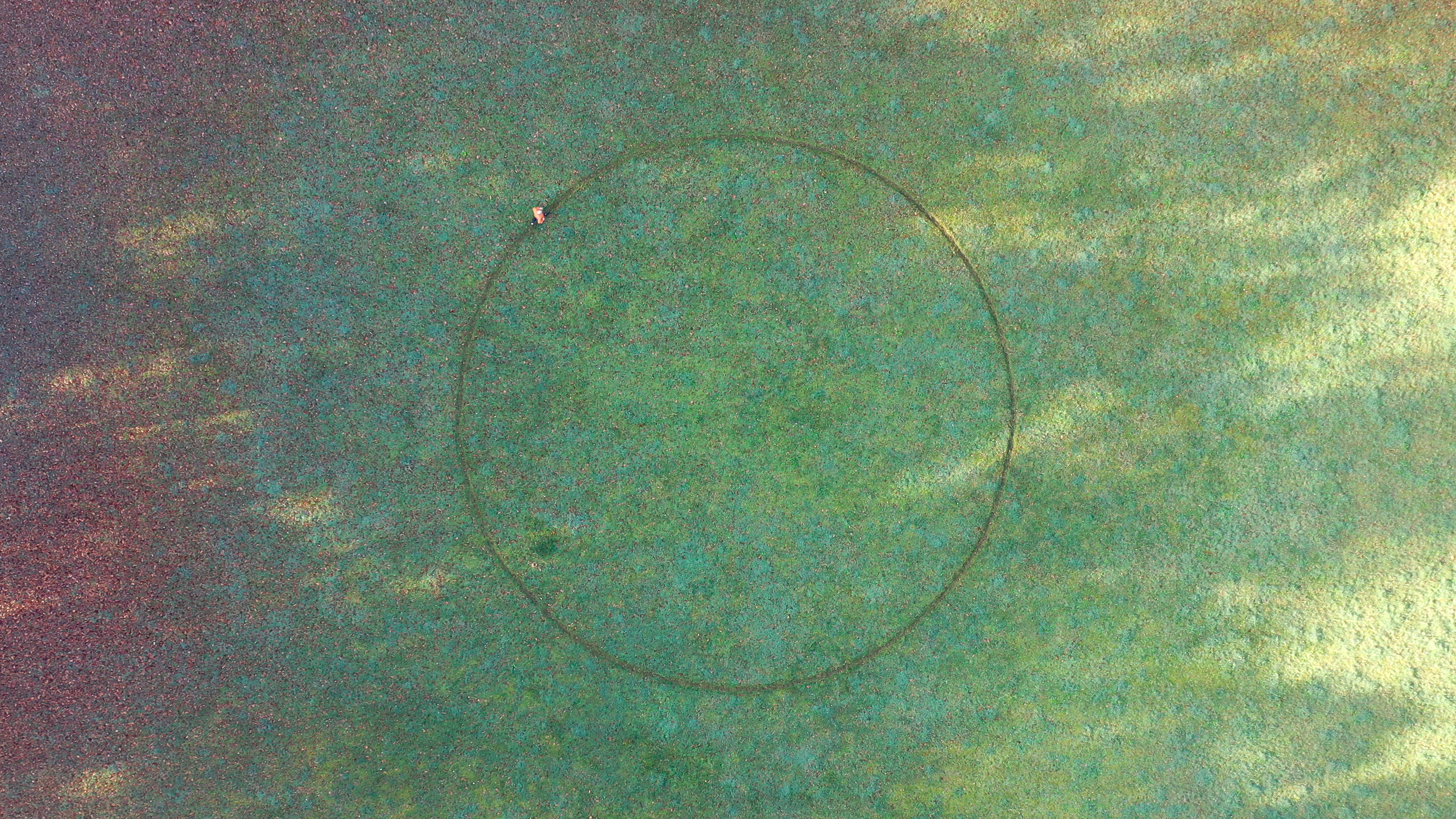 Running in circles features six video pieces of running artworks by Jeroen Jongeleen (Apeldoorn, 1967). When the city parks are closed or access-restricted during the Coronavirus lockdowns, Jongeleen decides to reduce his running track to a circle with a diameter of twelve metres. In deserted areas where he is allowed to run – the roof of his studio building in Rotterdam, the Maasvlakte, the Oosterscheldekering in Zeeland or a grassy field near the Kröller-Müller Museum – he runs his circles, leaving a temporary trail of his exertions. A drone films the solitary, intimate performances of the artist caught in a hamster wheel of his own creation.