22 Oct 2019
The Netherlands is one of the top 10 travel destinations worldwide. According to Lonely Planet, the Kröller-Müller Museum and De Hoge Veluwe National Park are among the best places to visit next year. 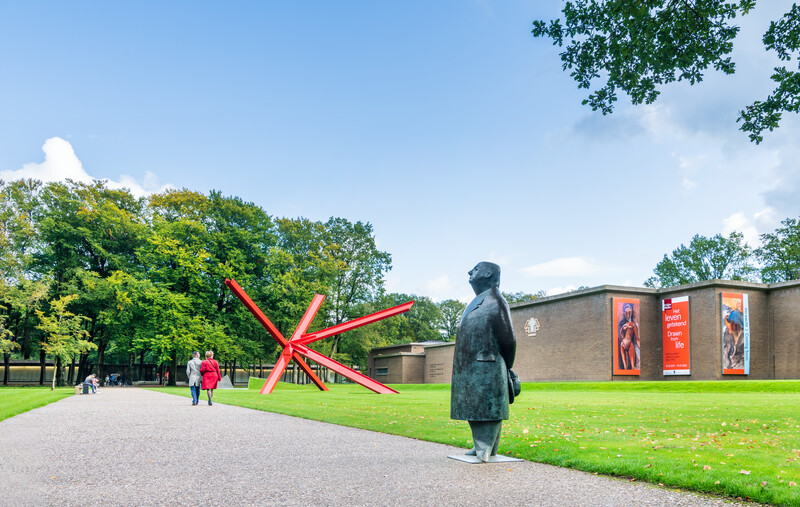 On 21 October, the guidebook publisher Lonely Planet published its Best in Travel 2020, which lists the top 10 countries for travellers to visit in 2020: the Netherlands occupies seventh place in this list! De Hoge Veluwe National Park is mentioned with the Kröller-Müller Museum as one of the must-see locations. The suggested travel route for tourists spending a week in the Netherlands goes from Amsterdam and Rotterdam to Arnhem and the Veluwe. And it includes the recommendation to take a white bicycle and come to the museum through the magnificent nature.

The museum’s unique location and enormous sculpture garden are highly praised. As are the huge and diverse collection – with artists such as Barthel Bruyn the Elder, Pablo Picasso and of course Vincent van Gogh.

‘Its Van Gogh collection rivals that of the artist's namesake museum in Amsterdam’, according to Lonely Planet.