17 Nov 2018 - 31 Mar 2019
Song for three rooms is the first in a new series of exhibitions under the title Vestibulum. This title refers to the place where the exhibitions take place: the former entrance to the museum in the building designed by architect Henry van de Velde and opened in 1938. Every six months, the museum invites an artist to create a presentation for this now rather undefined space, which in some way relates to the place, the history of the museum or the collection. 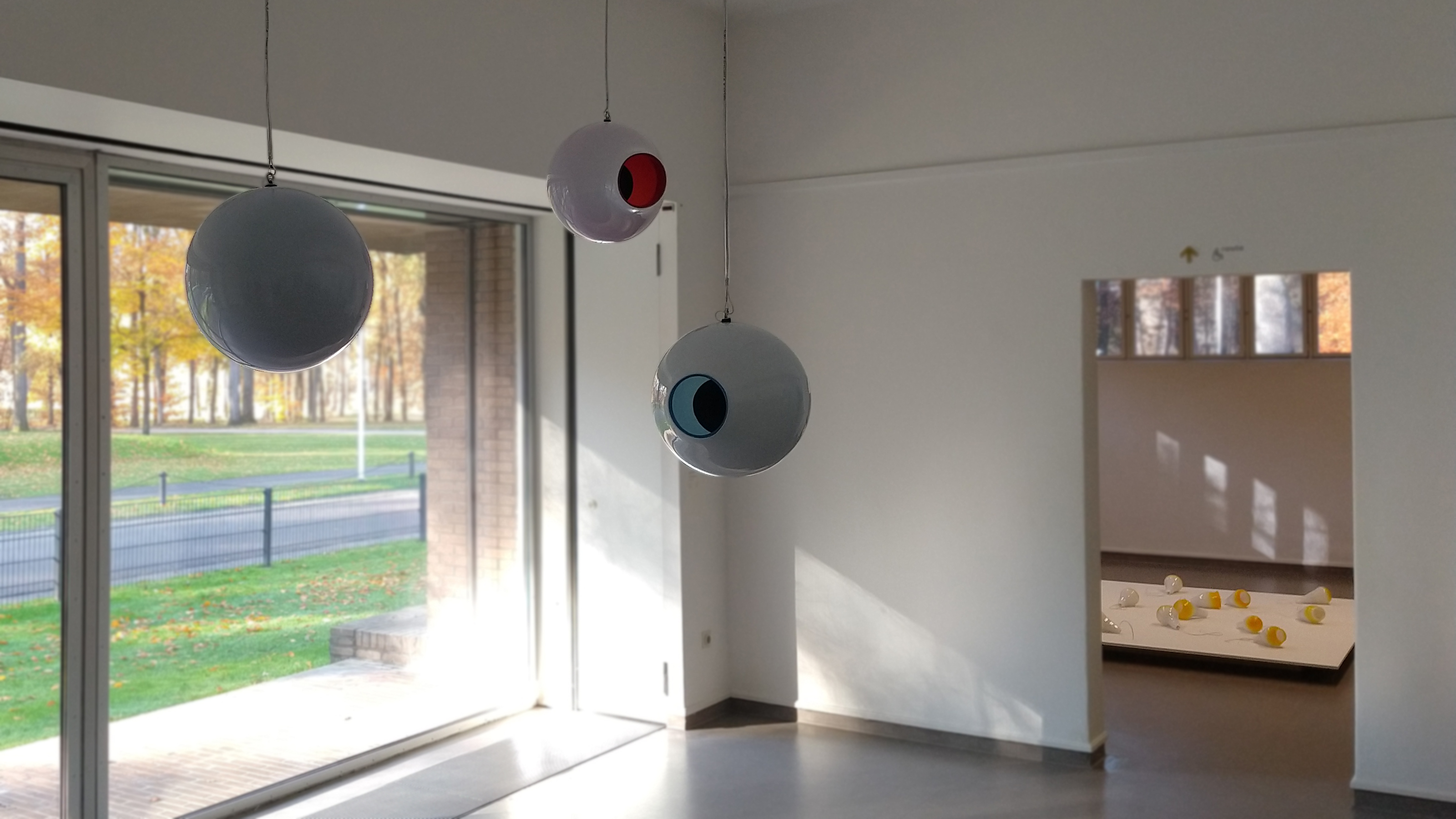 In her poetry, sculptures and films, Maria Barnas examines the concrete aspects of language and the way that we connect things with words. Song for three rooms is an installation with glass objects and sound, based on the idea of formulation and perception as an extended and fragmented form of exploration. Stuttering, sometimes flowing, Maria Barnas lets us hear TR-EYE-ING: a single word that spans three spaces.

Together with Song for three rooms, the museum is showing Barnas’ film Origins (2016) in which she presents dialogues between sculptures that were given rounded openings for different reasons and in different eras. Origins is a film about artists and what they require from their work and from the world, with Barbara Hepworth, Henry Moore, Martin Kippenberger, Alfred Hitchcock and Michel Houellebecq.

The publication Maria Barnas. Song for three rooms is available in our museum shop and online shop.