Oil on cardboard mounted on panel

The work of Redon portrays a dream world, inhabited by fairies, monsters, spirits and other fantasy figures. This makes him typically representative of symbolism, an art movement in the late 19th century with a strong leaning towards the subconscious, the extraordinary and the inexplicable.

In this painting, the Cyclops Polyphemus spies on the sleeping Nereid Galathea from behind a tall mountain. The one-eyed giant’s love remains unrequited, as Galathea prefers the river god Acis. The unnaturally large eye is the most conspicuous part of the painting. In Redon’s work, the eye is often an all controlling, independent creature, a symbol of the human soul and of the mysterious, unknown inner world.

The menace of the giant, or rather of the eye, that spies the naked woman, is reinforced by the unusual bright colours. With this personal, dreamlike depiction of a theme from the realm of the Greek gods, Redon has painted one of the masterpieces of symbolist art. 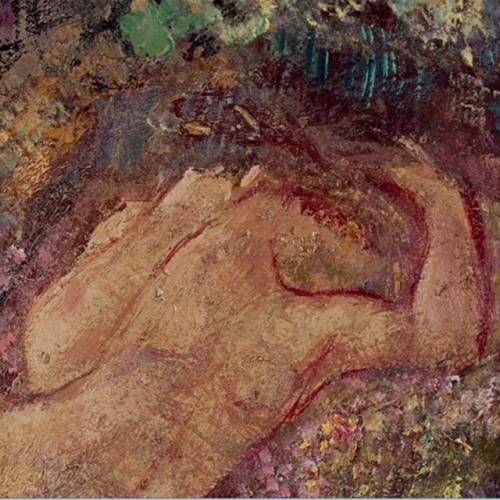