9 Apr 2015
In the Van Gogh Year 2015, with the theme ‘125 years of inspiration’, the Kröller-Müller Museum presents the exhibition Van Gogh & Co. Criss-crossing the collection. Still lifes, nature themes, cityscapes and the human figure by Vincent van Gogh are compared to works by his predecessors, contemporaries and followers in the same genres. More than fifty paintings and drawings by Van Gogh will be shown, along with an equal number of works by other artists, such as François Bonvin, Jan Toorop, Henri Fantin-Latour, Jean-Baptiste-Camille Corot, Paul Cézanne, Adolphe Monticelli and Bart van der Leck. 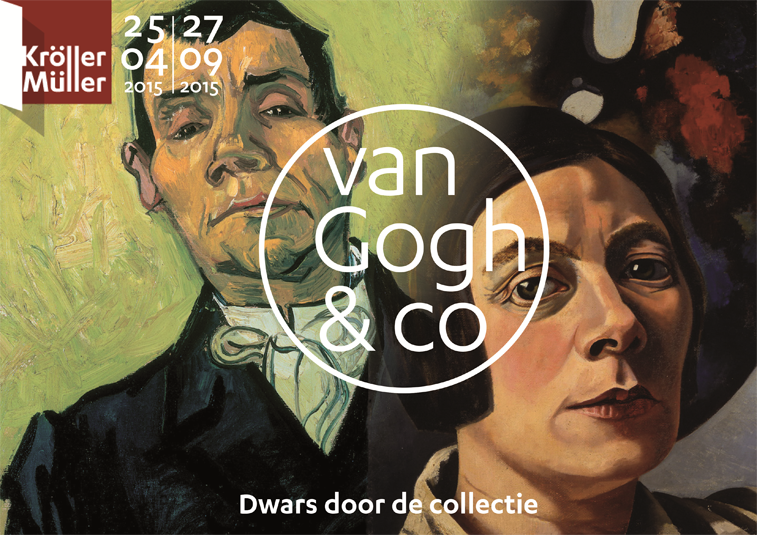 Vincent’s earliest paintings were still lifes and he continued to work with this subject throughout his artistic career. Some still lifes can even be considered a kind of self-portrait, such as Still life with a plate of onions, in which objects that were part of his everyday life in Arles are depicted. Still lifes from Van Gogh’s Dutch and French periods are shown together with works by Francois Bonvin and Théodore Ribot among others. Van Gogh’s Still life with a bearded-man displays striking similarities to Bonvin’s Still life: jars and hats from the same period. The flower still lifes that Van Gogh painted after arriving in Paris are compared to works by, among others, Henri Fantin-Latour, who was highly successful as a painter of floral pieces.

Van Gogh used nature themes throughout his entire artistic career, from his early (Dutch) period onward. During his stay in the Provence he painted Cypresses with two figures, among other works. The slightly older Paul Cézanne used a similar view of a road in his painting Road leading to the lake. Other examples, by Alfred Sisley and Johan Thorn Prikker for example, are also on display.

Van Gogh made cityscapes, particularly around the fringes of the city, during his time in Paris: The hill of Montmartre is one of his most famous. Maximilien Luce also painted views of Paris, such as Outskirts of Montmartre, Rue Championnet. Cityscapes were a favourite subject for Dutch artists such as George Breitner and Isaac Israels.

The human figure has always been a component of Vincent van Gogh’s complete oeuvre, from the early heads of peasants that he made in Nuenen, to famed portraits of friends and acquaintances in Arles, such as L’Arlésienne (portrait of Madame Ginoux). Van Gogh was an admirer of the figures of Jean-François Millet, which are also being shown.

Information about all activities in the Van Gogh Year 2015. 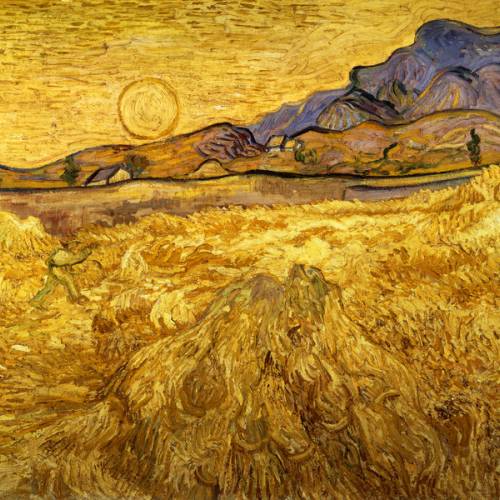 More information about the exhibition.