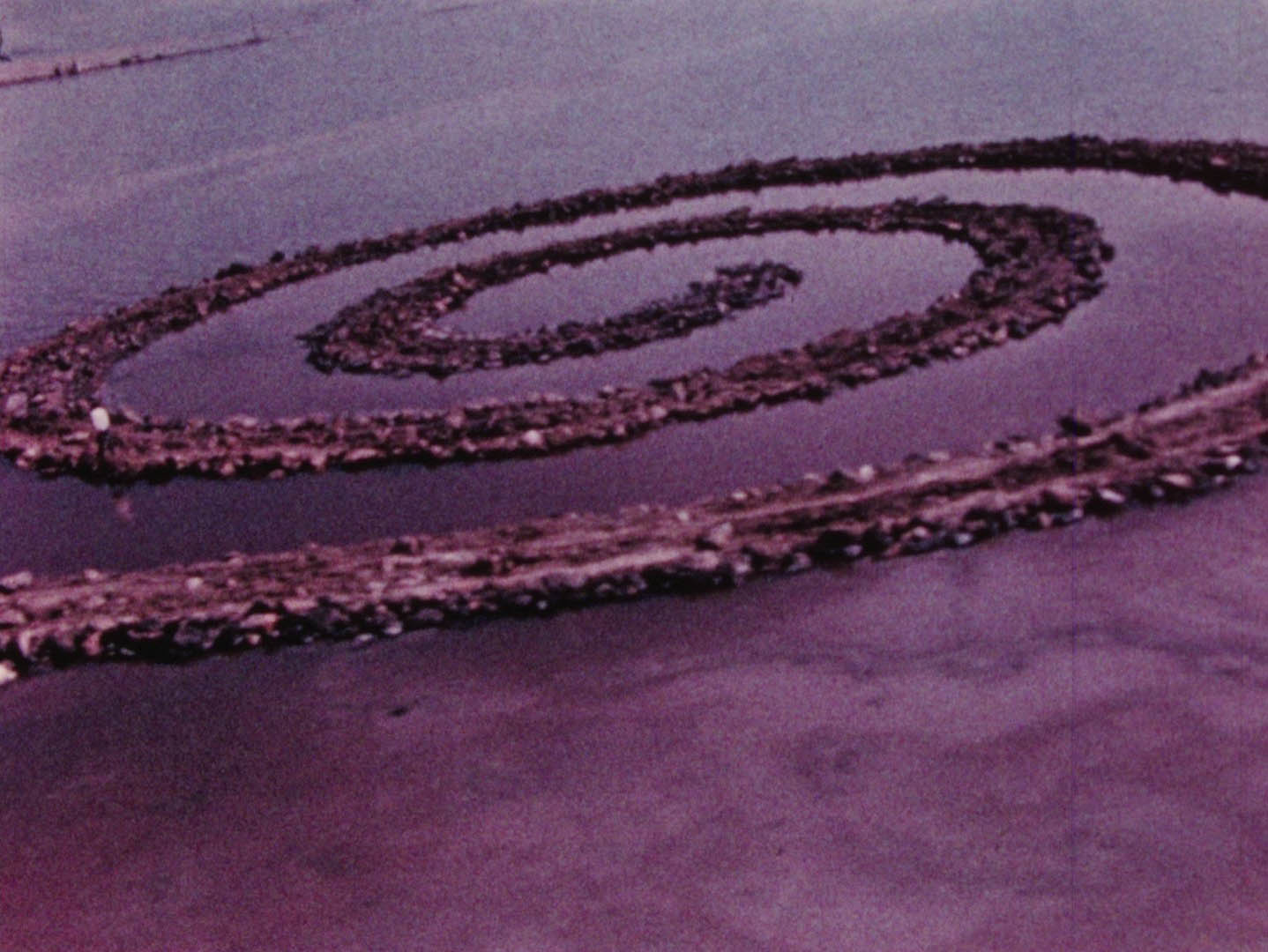 In spring 1970 Smithson installed a spiral jetty in the Great Salt Lake in Utah made of 6,550 tonnes of earth, black basalt, limestone, and gravel. From the very start Smithson captured on film how the lorries, bulldozers, and tractors built this construction of approximately 480 cm wide and 480 metres long in the water at Rozel Point. He even rented a helicopter to be able to film the construction from the air. 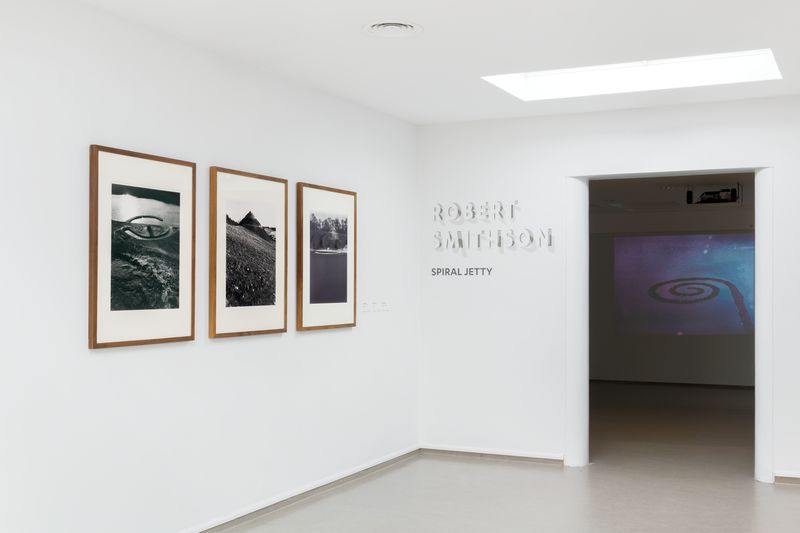 The film, together with the article ‘The Spiral Jetty’ that Smithson published in 1972, and Spiral jetty itself, form the complete work. In other words, Spiral jetty can be experienced in three different ways: while reading the text, by visiting the jetty itself, or by watching the film, as it is done here.

Spiral jetty is one of the most significant representations of land art, a movement that gained impetus in the 1960s and 1970s in which artists made large-scale works of art in and with the landscape itself.

Together with the film, some drawings and photographs of Smithson are also on display.