The orange house is brightly illuminated, but the light source is nowhere to be seen. The curtains are drawn in the downstairs windows, while light shines out of the empty rooms upstairs. The house is partly concealed by trees in full foliage, in contrast to the bare bushes against the house. The bright light on the left betrays the presence of another building, hidden in the darkness.

Nothing is happening in this nocturnal painting, and yet there is tension. A tension that is reinforced by the title. With this work, William Degouve de Nuncques intends to give the observer the feeling that life has come to a standstill: ‘The blind house; that was a case of the silent, sombre nature that held its mirror to my face, and in the mirror I saw emotive life that had foundered in death’.

Degouve’s paintings are among the body of symbolist art, a movement that focuses on the imagination and fantasy. Due to the mysterious and unreal atmosphere that his paintings evoke, Degouve is also considered a precursor of magic realism. 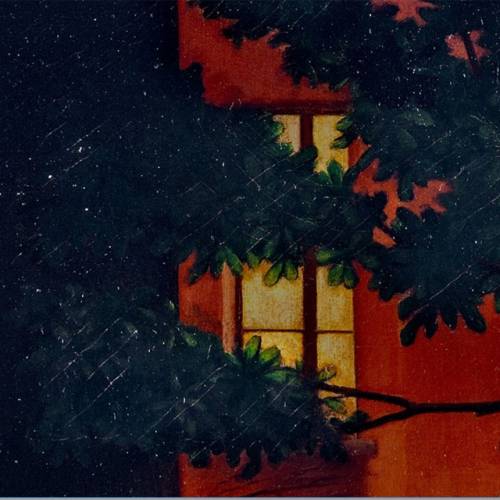