Wim Quist, the architect who designed the extension that was realized in 1977 and has thereby defined the appearance of the Kröller-Müller Museum for more than fifty years, passed away on 6 July. He placed his meticulously detailed and equally sober modernism at the service of art, the surrounding nature and even the light. Quist himself said about this: ‘It is the continuation of what already existed, in the minds of Mrs Kröller-Müller and her architects’. This demonstrates his modesty with regard to the history of the museum and the main characters therein. At the same time, he was granted and utilized the creative space to enable the museum to take the next step towards modernity in a very convincing way.

The relationship to art 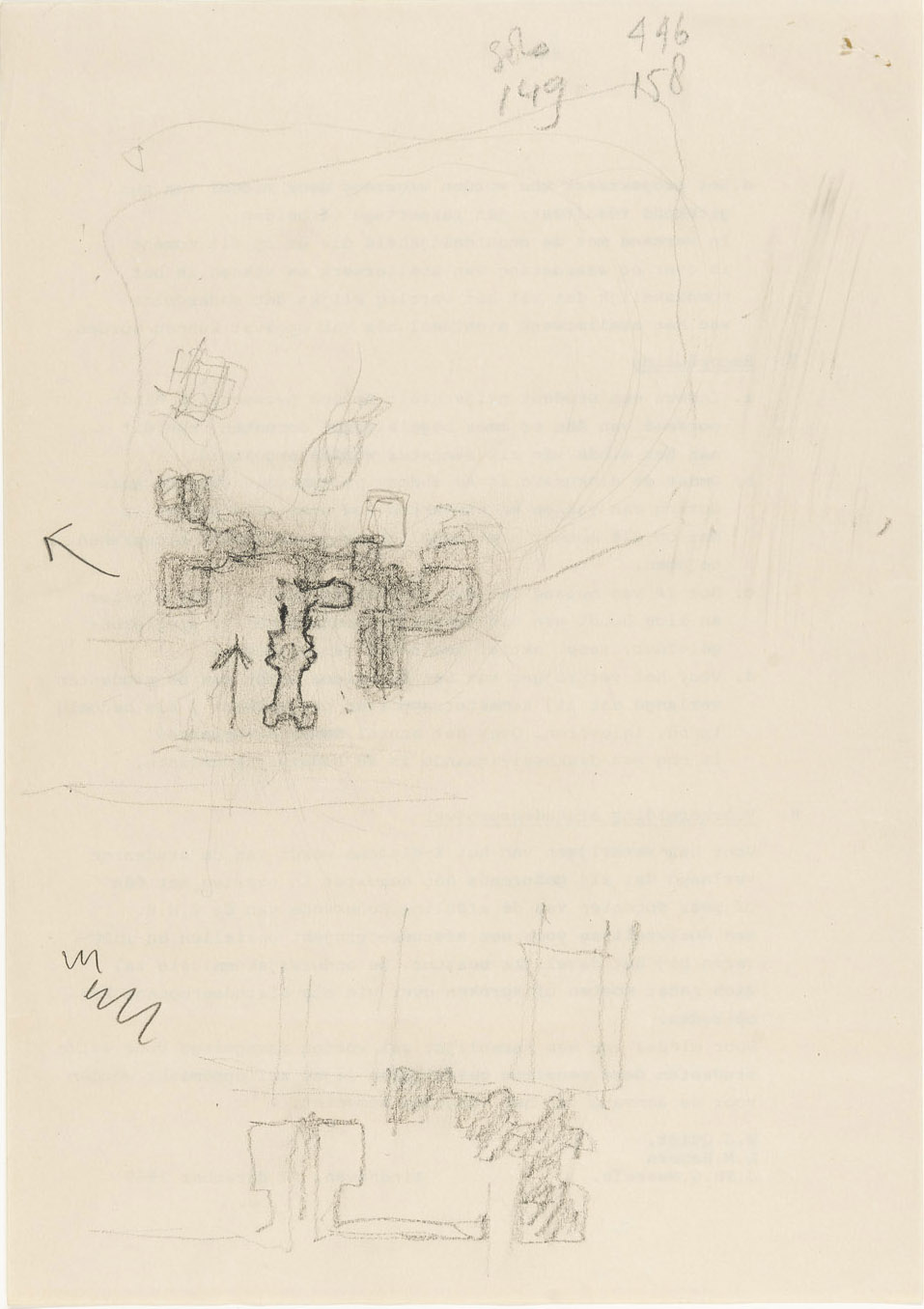 In 1969 Wim Quist was asked to design the new building, an extension of the existing building by Henry van de Velde. When he met with former director Bram Hammacher (at that time still director and an important advisor for the extension), Hammacher talked about his love of visual art ‘and the beauty of a concentrated development process’. But also about how he and landscape architect Jan Bijhouwer literally created space in the forest ‘for the sculpture of our time’. This made a deep impression on the young architect. Thus, the combination of art, nature and architecture, with a clear leading role for art, automatically became a guiding principle in the design.

In the subsequent close collaboration with director Rudi Oxenaar and deputy director Ellen Joosten, ‘the relationship to art’ also became of primary importance. The trio investigated all the possibilities and requirements that a modern museum must fulfil. In order to study the incidence of light, a full-sized wooden replica of one of the exhibition rooms was constructed.

A building between the trees

The initial drawings show how Quist designed the building literally between the trees. The walls were sometimes placed right next to an existing tree, which absolutely had to be preserved, on the insistence of Quist himself. But even in the execution of the façade, the forest seems to continue behind the building; the glass walls appear as an almost inconspicuous stripe. 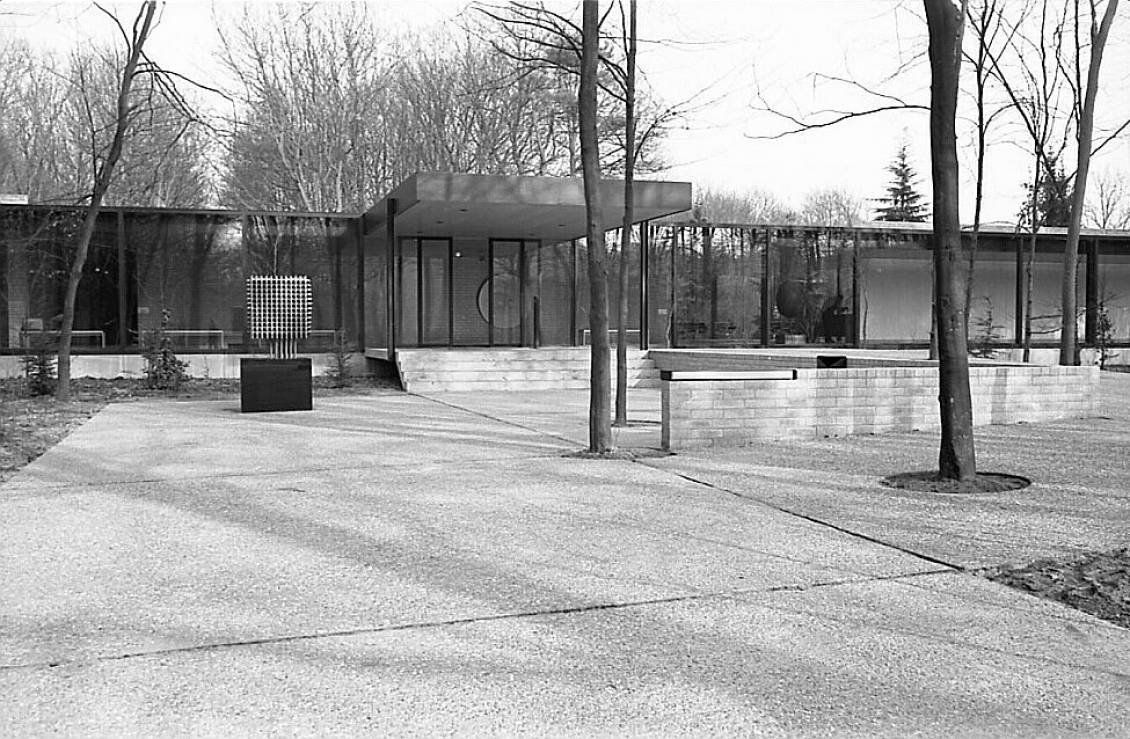 Regarding the wonderful idea of the recessed entrance, Quist said: ‘You hardly need to see the entrance. The first garden, along the old building, is in fact the entrance area. There, the visitor experiences, consciously or subconsciously, the beautiful side wall of the old building with its own rhythm, and after the first row of trees, the entrance comes into sight, through which the second garden is accessible with Marta Pan’s floating sculpture in the centre’. 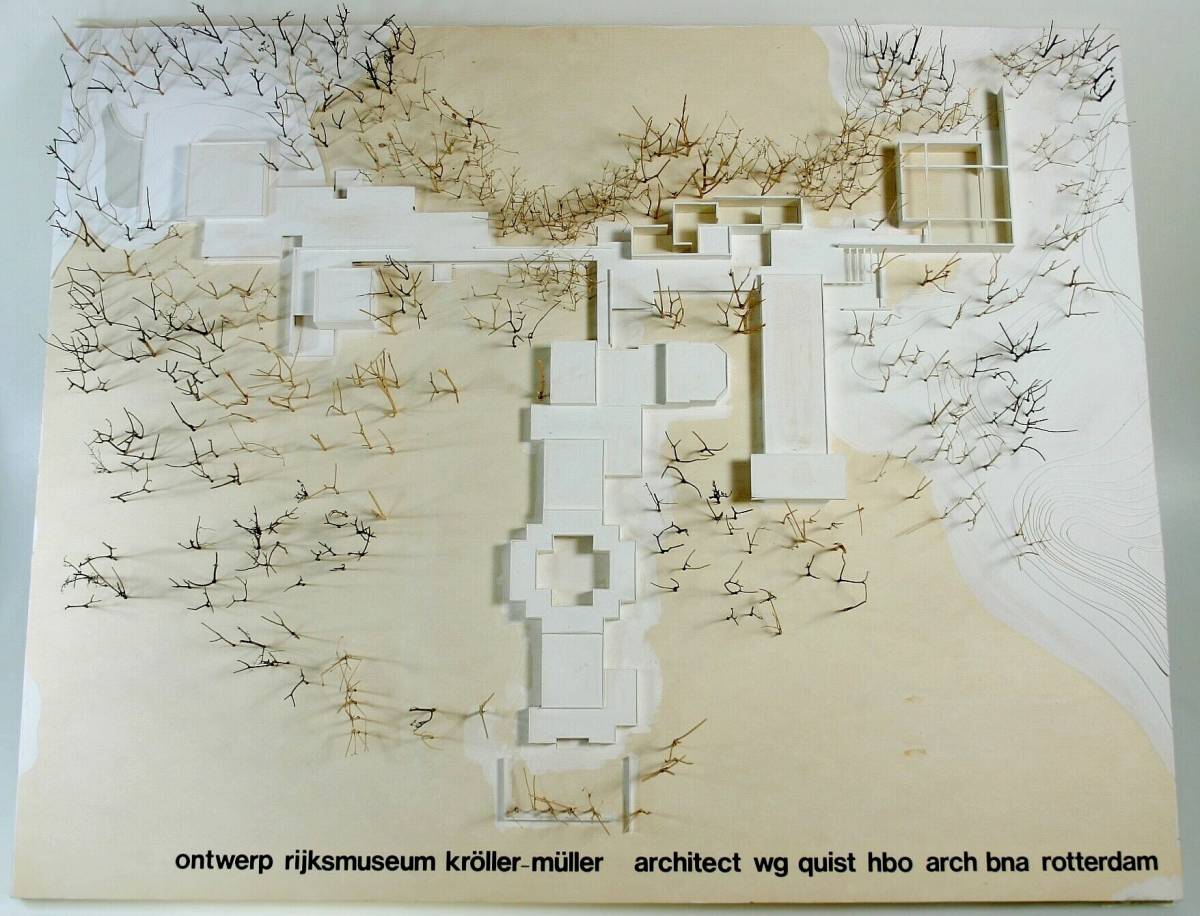 Relationship between the Kröller-Müller and Wim Quist

The relationship between the museum and Wim Quist did not come to an end with the completion of the extension. He was consulted regarding every modification, whether it concerned a doorknob, a trashcan, an office chair, a display case or the bicycle parking. 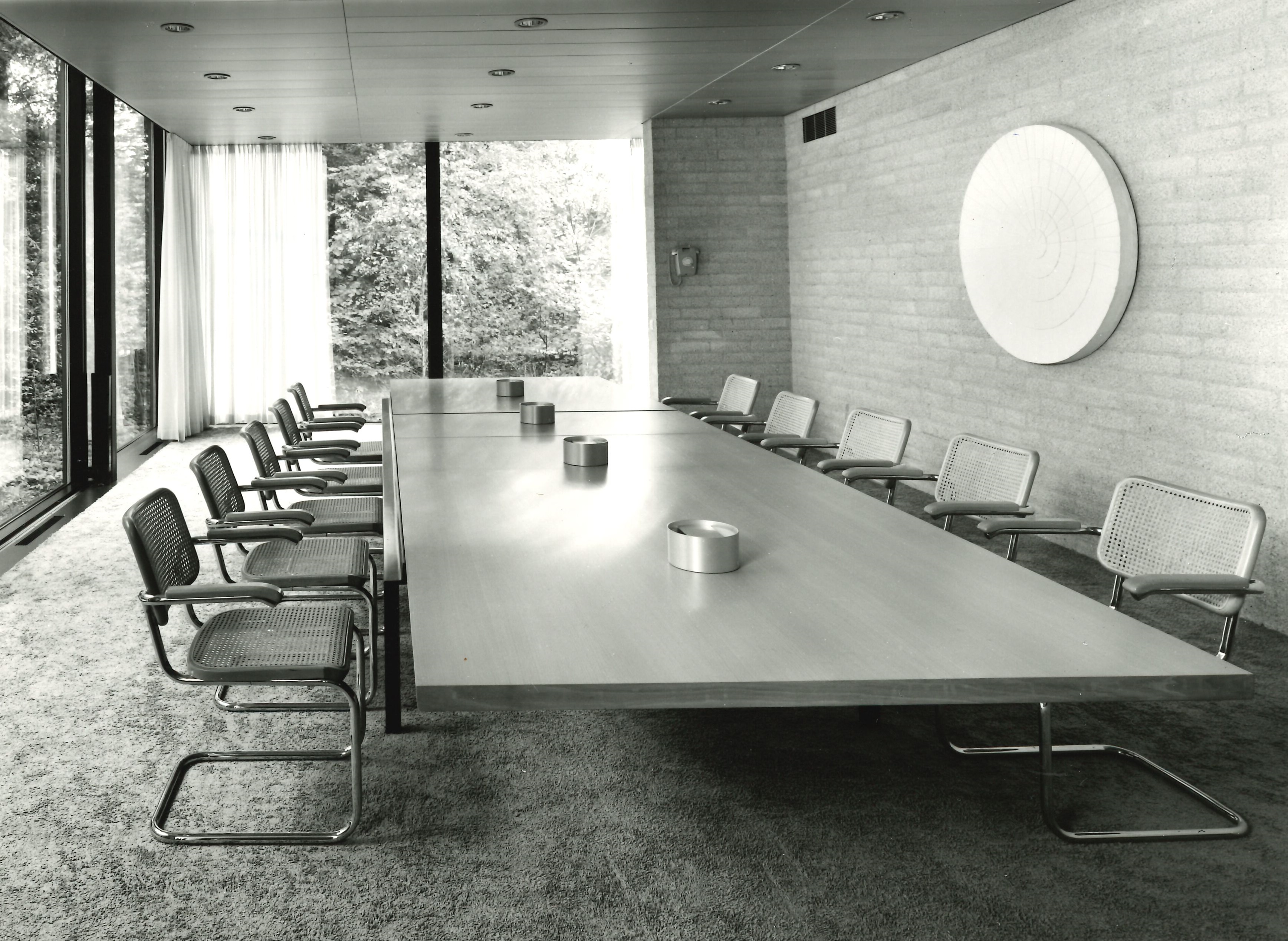 Everything was discussed with Quist. He also kept an eye on the museum himself. If he did not like something about the use of the building or the presentation of the collection, he would get in touch with the director by letter or telephone. He rightly realized that this way of dealing with his building was of great importance for preserving the appearance and maintaining the purity of the concept. He was proud of the building to the very end and grateful for the careful handling of his creation, which he also expressed verbally. He remained a regular visitor to the museum until his final days. He carefully pondered everything and kept abreast of the latest developments and of new art and artists.