Panamarenko. Reise in den Sternen (Journey through the stars) at the Kröller-Müller Museum

From 16 October 2021  to 13 March 2022 the exhibition Panamarenko. Reise in den Sternen (Journey through the stars)  is showing at the Kröller-Müller Museum. 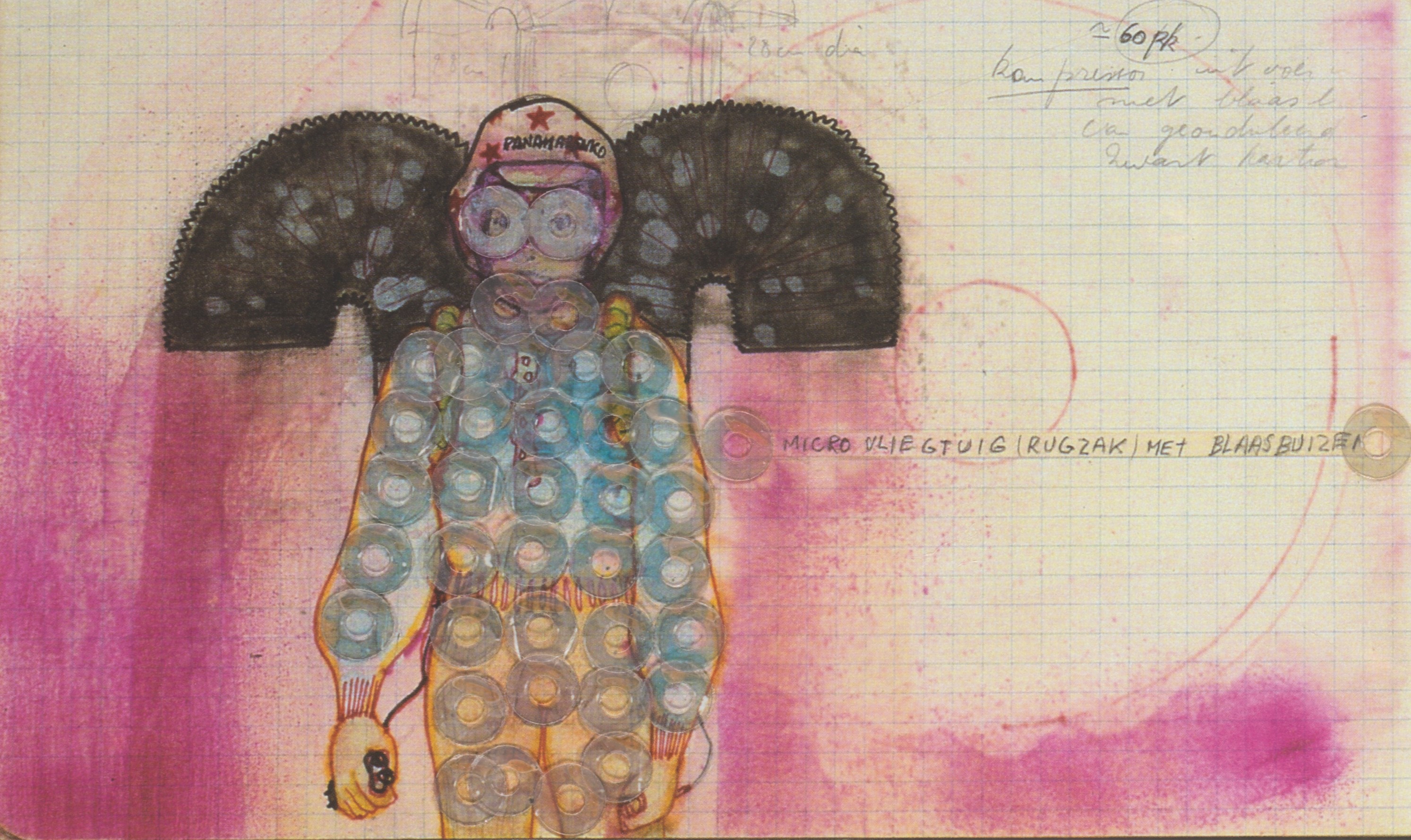 From early on, the Belgian artist Panamarenko (Antwerp 1940-Brakel 2019) starts designing and building vehicles, including many flying machines. For decades he investigates movement, flying and gravity, often resulting in unconventional and fantastical objects. He documents his ideas about creating the vehicles in countless detailed sketches and design drawings full of semi-scientific formulas.

The centrepiece of the exhibition Panamarenko. Reise in den Sternen is one of Panamarenko’s most impressive objects: Aeroplane Continental from 1974. This fragile and feather-light aircraft with a wingspan of 18 metres was intended to be flown with a bicycle mechanism. Panamarenko would like nothing more than to be able to fly using muscle power alone, without the aid of external engines or fuel-powered machines. But whether Aeroplane Continental could actually fly is highly questionable. Ultimately, the artist is interested precisely in the tension between science and fiction, which he explores in his work.

Aeroplane Continental will be shown with more than thirty sketches and three other wondrous flying contraptions by Panamarenko. For example, there are designs for airplanes with insect wings, sketches for an enormous zeppelin that he actually realized in 1971, sketch sheets for a rocket backpack to fly through the cosmos (Reise in den Sternen) and complex designs for human-powered aircraft engines. The objects and drawings demonstrate the humour, dedication, scientific knowledge and boundless imagination of this exceptional post-war artist.

Image: Fragment of Panamarenko, Reise in den Sternen (Voyage through the stars), 1985