In Seasons, the Kröller-Müller Museum presents abstract paintings by Steven Aalders (Middelburg, 1959). The centrepiece is the series View (after Bruegel). 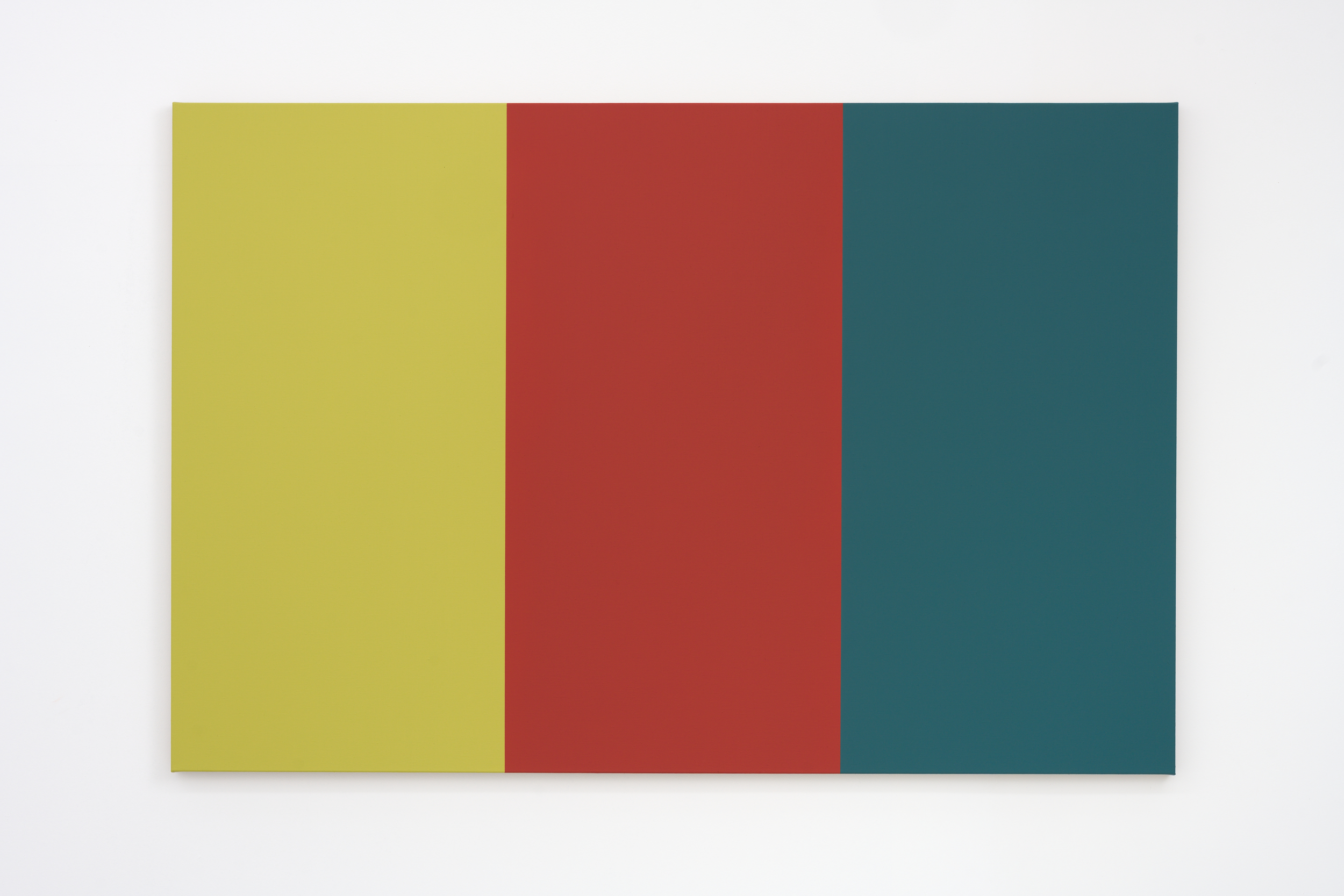 In his abstract oil paintings, Steven Aalders incorporates the ideas of Piet Mondriaan’s modernism and American minimal art. His work is an attempt to re-document the tradition of art history and offer a personal interpretation of it. He connects typical modernist principles, such as repetition and working in series, with older traditions in art.

The rhythm of life

The series View (after Bruegel) from 2019 consists of six paintings, each with three vertical monochrome strips of colour. The colours used are based on The seasons, a cycle of also six paintings representing the seasons by Pieter Bruegel the Elder from the mid-16th century. In View, Steven Aalders connects the 1970s penchant for working in series with the old representation of the seasons that once determined the rhythm of life. In the exhibition, the series is accompanied by other recent works in which the use of colour is also related to the different seasons. This creates a connection between the colour circle, in which one colour transitions into the next, and the seasons as a concept of time and space.

In 2017, Steven Aalders spent four months in the Van Doesburg House in Meudon near Paris. The exhibition includes a screening of the film Steven Aalders op zoek naar rood geel & blauw (Steven Aalders in search of red, yellow and blue), which Robert-Jan Muller, Rudolf Evenhuis, Bas Wooldrik and Robert van Altena made during this stay. The film is being shown in the museum.

Steven Aalders. Seasons is the first exhibition in the series With paint. In this series the Kröller-Müller Museum presents the work of contemporary painters who deliberately reflect on the art historical tradition in their work. Steven Aalders will be followed by presentations of Klaas Kloosterboer (Schermer, 1959), José Heerkens (Heeswijk-Dinther, 1950) and Paul Drissen (Oirsbeek, 1963).