A dot on the horizon

23 Apr 2020
BLOG - The museum is temporarily closed due to the Coronavirus measures. In this blog, director Lisette Pelsers tells you what is currently keeping her busy. 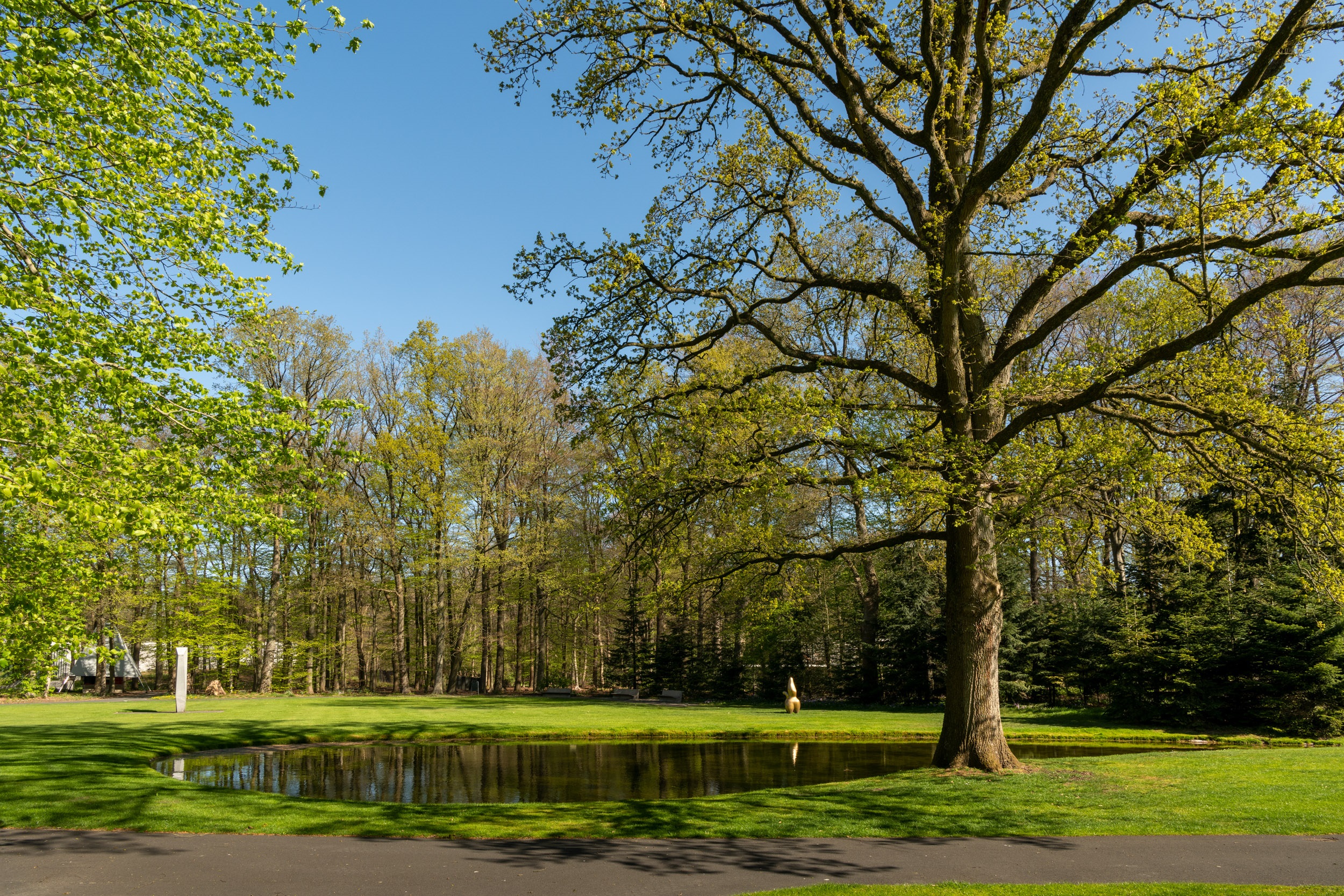 Every year in March Sculpture flottante by Marta Pan is placed back in the pond. In the autumn, the fragile polyester sculpture goes into the winter depot, only to re-emerge in the spring in radiant white. The floating sculpture, colloquially and affectionately known as ‘Swan’, is popular, especially among children. A wide variety of ‘Swan items’ are available in the museum shop, from cuddly toys to children’s books in which Swan hangs out with her playmate Cloud shepherd, a sculpture by Jean Arp, which has also been in the sculpture garden since 1961.

It is always a highlight when, upon her return to the pond, Sculpture flottante is welcomed by groups of cheering pre-schoolers, with backpacks adorned with pictures of a broadly smiling Swan.

But this year it remains quiet and the pond is still empty. Replacing the sculpture requires several people and that is not possible while observing a distance of 1.5 metres between them. 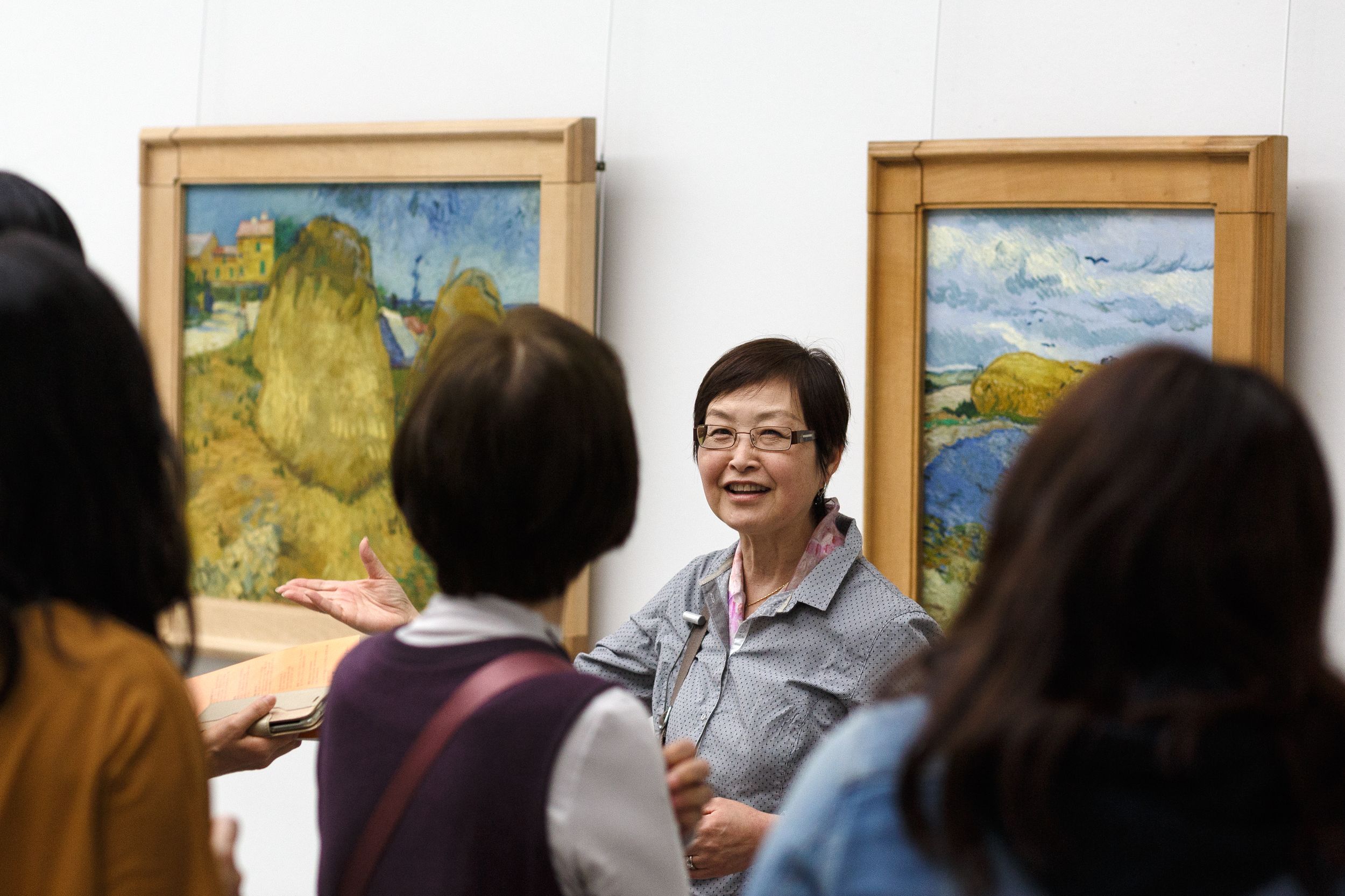 Spring at the Kröller-Müller is also always accompanied by a large increase in the number of visitors. Foreign tourism in particular is gaining momentum and we are used to large groups of visitors from all corners of the globe pouring into the museum and garden from 10 am. During this season, you can hear all languages in the museum.

This year there are no children’s voices, no Germans, Japanese and Americans. Like all our colleagues in the country, the Kröller-Müller suddenly came to a standstill on 13 March. Employees work from home and the work that can still be done in the museum is limited. ‘Swan’ is not the only one that remains in the depot, many other sculptures in the garden are still in their winter packaging; there are new sculptures that have been put on hold and cannot be placed and even one of the museum’s showpieces, the large-scale conservation of Jardin d’émail by Jean Dubuffet, cannot be fully completed. Other conservation work and preparations for exhibitions, either in-house or elsewhere, have also been delayed.

Now that the initial shock has subsided somewhat, it is becoming increasingly clear that we will have to be patient. We don’t expect to be able to open again ‘just like that’. The 1.5 metre distanced society will remain the norm for a long time, also in the museum. But with this dot on the horizon, we can at least think again about how to tackle this later. Despite the limitations, there is no lack of creativity regarding how to nevertheless offer the public a wonderful experience!

In the meantime, as is the case everywhere, we are making many calculations. And with several scenarios, all of which have a high degree of uncertainty. In any case, the consequences of the Corona crisis will be major. As long as the closure lasts, the museum will miss out on income from the public in Otterlo. But even after that, international tourism in particular will not just get back to normal. With 46 % of our visitors coming from abroad, the museum will be seriously affected by this.

The income that the museum receives from lending works to exhibitions abroad, from Finland via Italy to Japan, is also in doubt, because museums are facing the same problems all around the world.

We will have to drastically adjust our budgets and ambitions for the coming period. Major exhibition projects that have sometimes been years in the making will have to be postponed or even cancelled.

But there is no need to fear for the continuity of the Kröller-Müller Museum. Even now – and perhaps especially now – we can fall back on what has been the museum’s greatest strength from the very beginning: the tremendous quality and appeal of the collection, which we can always draw upon. And the peace and space of nature on the Veluwe.

Later, when we reopen, the road to the museum through forests and sand drifts will be as beautiful as ever. The outdoors, the sun and the wind will be just as impressive. And ‘Swan’ will shine once more. Just like all the other works that are waiting to be seen again.