5 Oct 2013 - 9 Jun 2014
In Carvings and bones six large sculptures by Adam Colton from the nineteen eighties and nineties are on display along with several of his drawings. 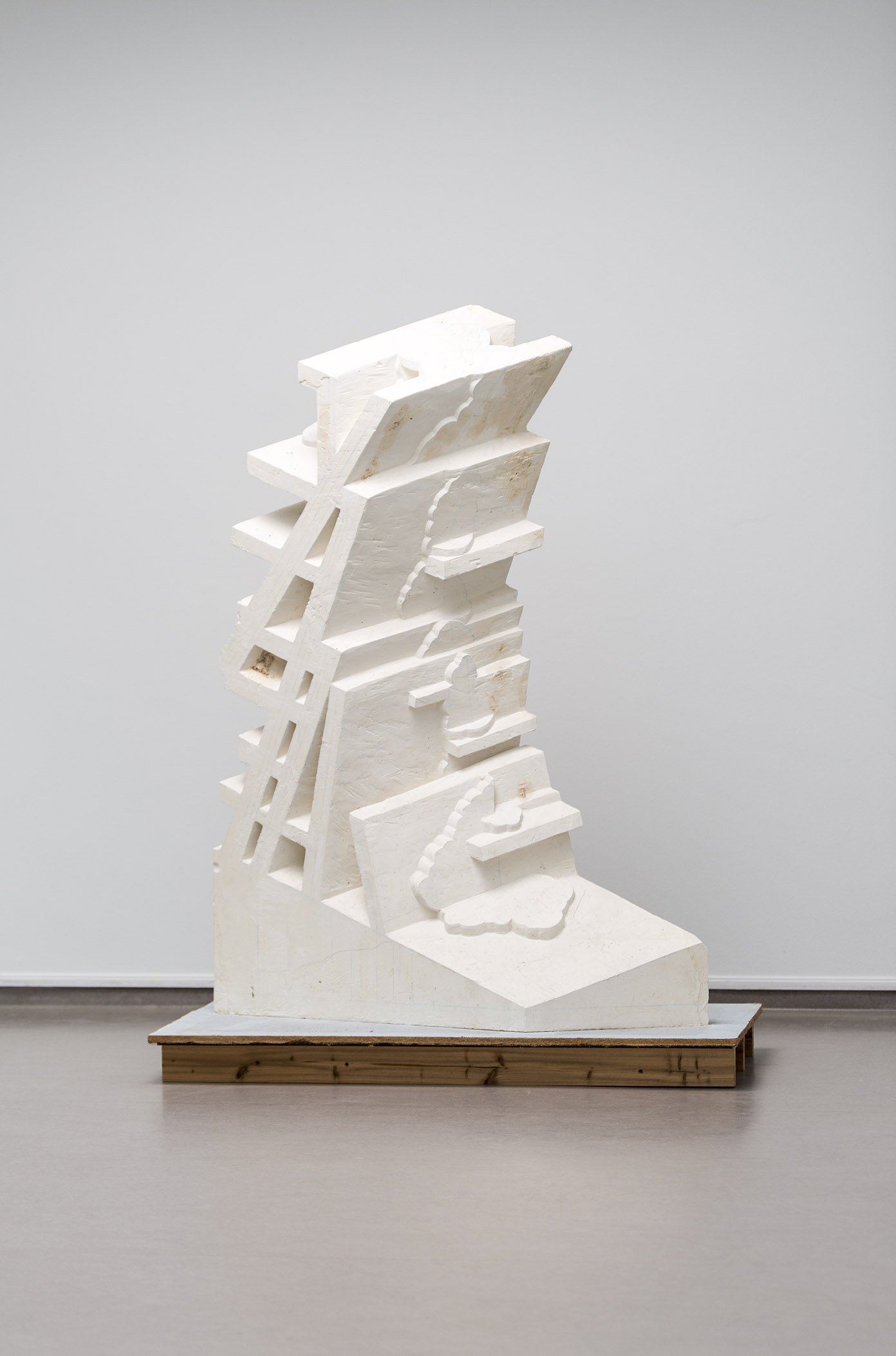 The body as a starting object

Adam Colton (Manchester 1957) has been working in the Netherlands since the early eighties. In his earliest drawings and sculptures he used his own body as a starting object. He carefully measured it and converted its spatial proportions into a pattern of lines and points, from which meticulous drawings were created. The pattern was also used in the tooling of large blocks of plaster. By systematically carving sections away, the form emerges from the block and sculptures, called Carvings, are created. The point of departure is no longer visible: only the verticality of the sculptures and drawings refers to a human body. 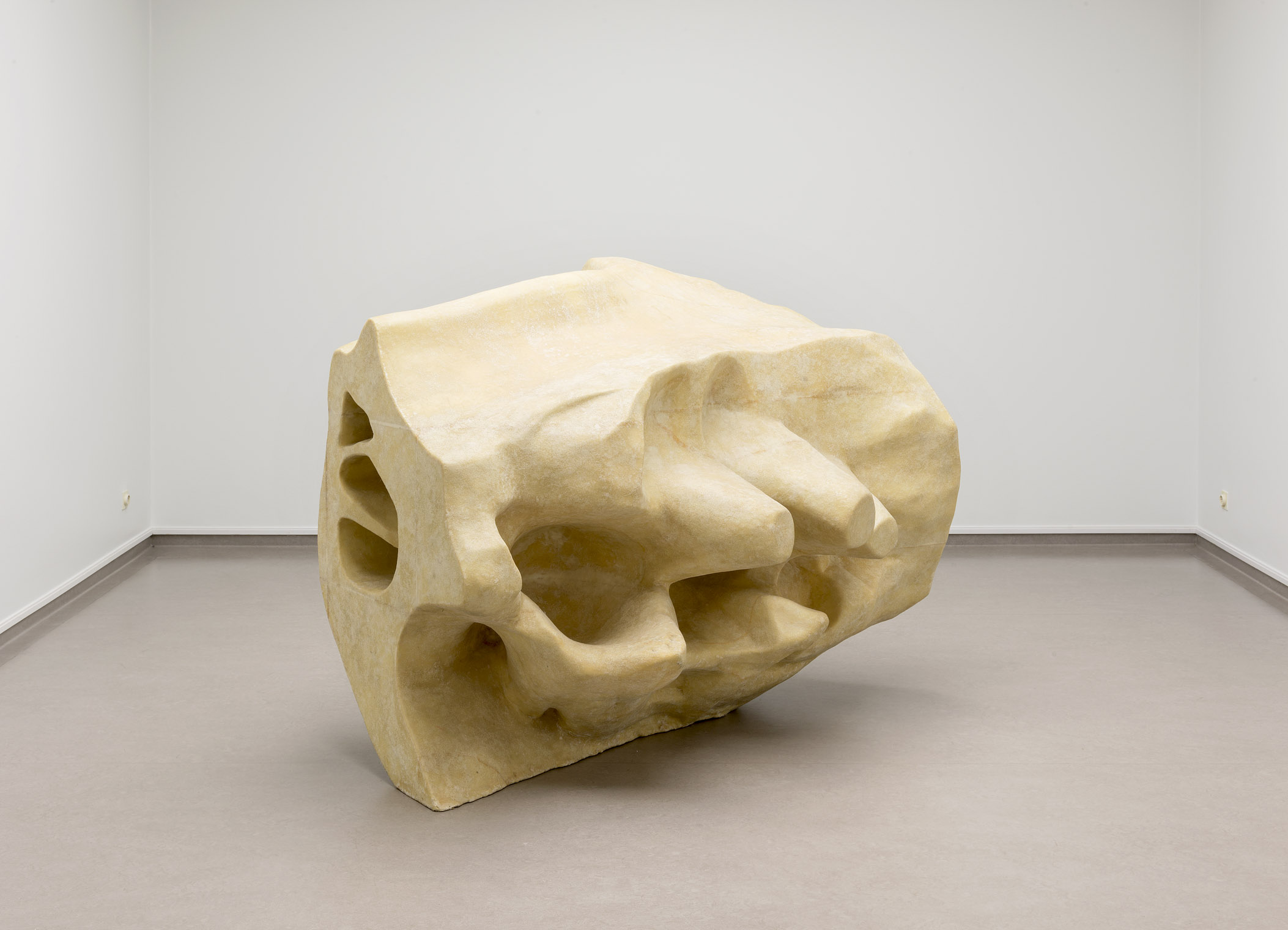 A little later Colton applied the same method to other objects, such as a simple kitchen chair, a boulder or the skull of a sheep, which he had cherished in his studio for a long time. The transformations of the skull initially produced austere, usually horizontal limestone sculptures, which are reminiscent of architectural models. Later the bone structures yielded more organic forms, carved out of polyurethane foam or cast, for instance in aluminium.

Adam Colton plays with the transformation processes. He goes from three-dimensional to flat and back again, he enlarges, reduces and disorganizes, for just as long as it takes until his starting object begins to ‘swing’, as he puts it.