An airplane on the hooge veluwe

26 Nov 2019
BLOG - This year, Royal Dutch Airlines (KLM) celebrates its centenary. Anton Kröller was very interested in civil aviation and involved in the establishment of the airline. Reason for a dive into our archives. 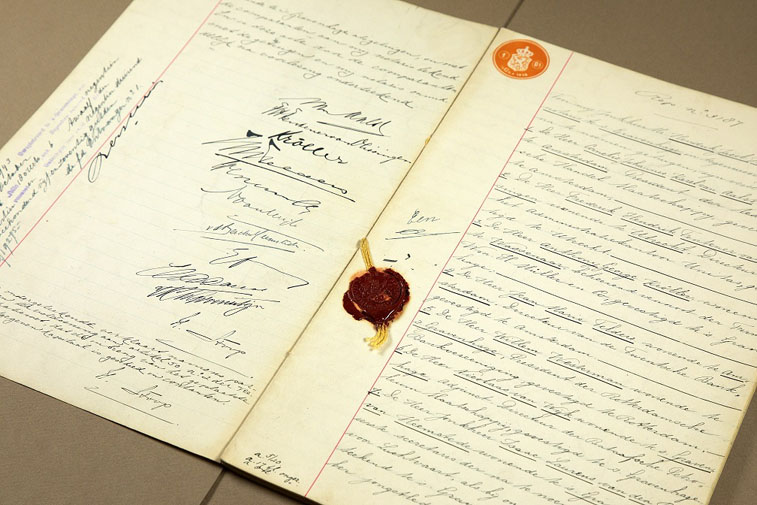 Royal Dutch Airlines for the Netherlands and Colonies

In October 1919, Anton Kröller writes to a number of investors: ‘(…) I would be delighted if you would join me for a dinner, which I propose to offer to all the gentlemen involved in the establishment’. The establishment that Kröller is talking about here is of the KLM, now 100 years ago. At Anton’s suggestion, the signing of the deed for the ‘Royal Dutch Airlines for the Netherlands and Colonies’, as the company was then called, takes place at his notary: Jonkheer Hendrik Stoop. Kröller is one of the co-founders and would become a member of the board of directors. 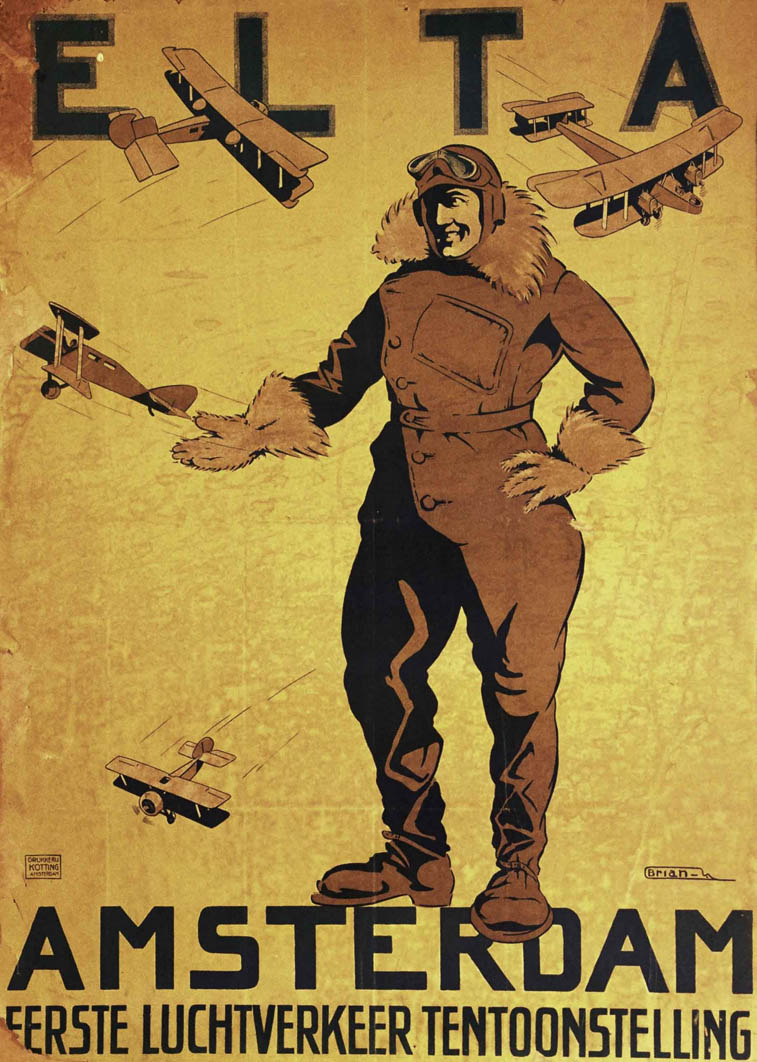 Anton’s interest in the development of civil aviation is also apparent from his financial support for the ELTA (First Aviation Exhibition Amsterdam), which takes place from 1 August to 14 September 1919 and is co-organized by Albert Plesman.

A first-class machine and a fine aviator

Anton seems very preoccupied with flying and airplanes at that time. Apparently he is fascinated with this new method of transport. On 22 September 1919 he would make his first flight from Amsterdam to Paris. Unfortunately, the machine is defective and he returns home without success. Helene writes about this:

‘My husband was very disappointed, as was I, Sam, because he had such a good opportunity: a first-class machine and a fine aviator, the chief of the English service. He was planning to fly anyway and I myself felt he had to do it sometime, but so many people have preceded him & he is so attached to the flight service. Still I was a little anxious. Nothing more will come of it this year, because the weather, which is still exceptionally fine, will soon change.’ 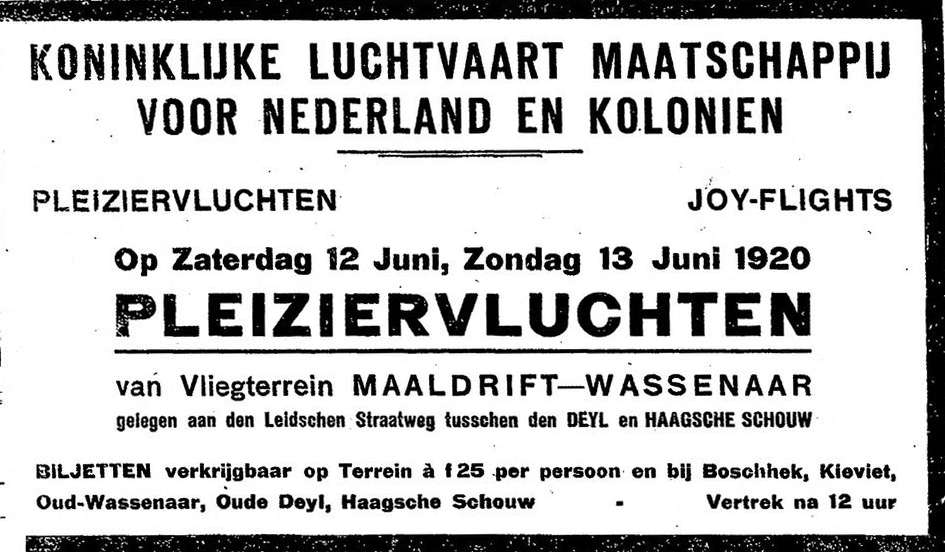 Kröller’s involvement in the new company also meant that the passenger offices of Müller & Co could sell airline tickets and he proposed that Maaldrift, an estate he had just purchased in Wassenaar, could be used as an airport. This place could also accommodate the KLM flying school. According to newspaper reports, the site was still being used in 1920 for pleasure flights over the area. 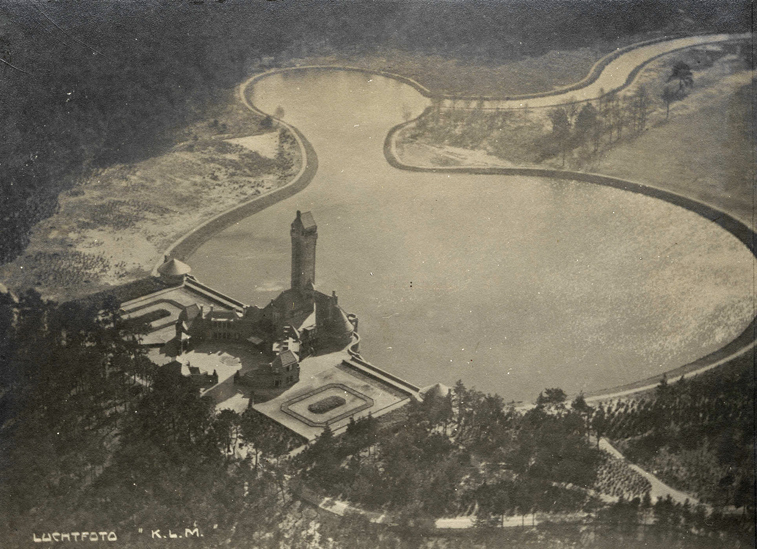 But apparently Anton had different plans for the promising KLM. On 11 August 1920, Helene writes in a letter from Sint Hubertus on the Hoge Veluwe:

‘ – The aviator has just arrived. He flew above the house for a while. I no longer hear him. So he has landed. Successfully I hope. Weinhausen is rushing over there. All the cars are on their way.’

She is so shaken up by this unusual event that she fails to notice that there are blank pages in her letter and begins writing one text through the other, something she did often;

‘I see that this page is still empty &, distracted by the aviator, I already wrote on the previous one in the corners.’ 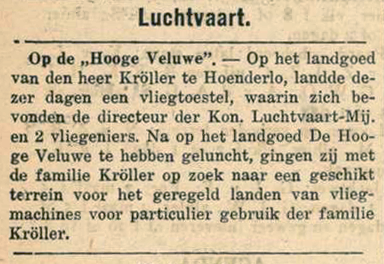 The remarkable visit of an aircraft to the Veluwe does not go unnoticed by the press. Many local newspapers, but also from the rest of the country, report on this landing. On 16 August, the Apeldoornsche Courant reports the following:

‘On Wednesday, a plane carrying the director of the Royal Dutch Airlines and two aviators landed on the estate of Mr Kröller of Hoenderloo-Ede. After having lunch on De Hooge Veluwe estate, they and the Kröller family went in search of a suitable site for the regular landing of flying machines for private use by the Kröller family. This first landing was a great success.’ 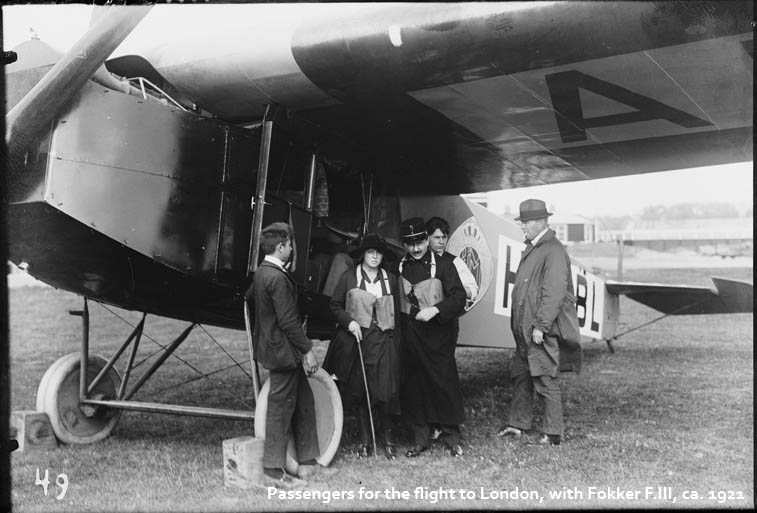 This would, however, be the only landing. As director of the KLM, Plesman would still have contact with Kröller on many occasions. Sam van Deventer later recalled ‘men such as Plesman of the KLM (…) visited him and asked his advice, which he always gave’.

Reading through Helene’s letters, flying and the KLM in those early years certainly played a role with the Kröller-Müller family. Helene also stressed the importance of aviation in the turbulent post-war era in a letter written in her native language:

After the Second World War, the Kröller-Müllers’ magnificent art collection makes good use of the then greatly increased network of the KLM. The collection of the Kröller-Müller Museum still travels to places all over the world to allow those who are unable to visit Otterlo to nonetheless enjoy the legacy of the Kröller-Müllers. Conversely, many foreign guests have been coming to the Hoge Veluwe for decades especially to visit the collection, the Van Gogh Gallery and the sculpture garden. The museum hopes that KLM will continue to make this possible for the next 100 years. The director and staff wish KLM a wonderful anniversary year. 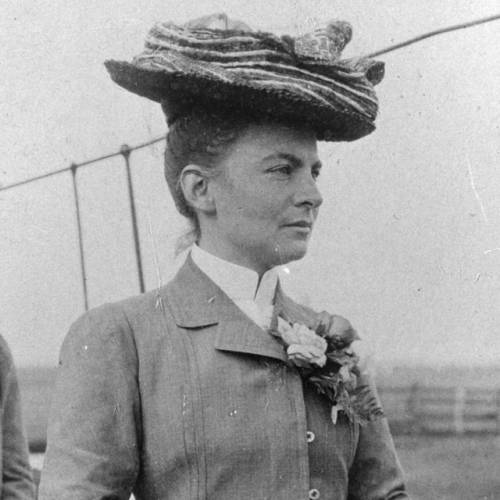 Visit the Timeline to read more about the rich history of the Kröller-Müller.