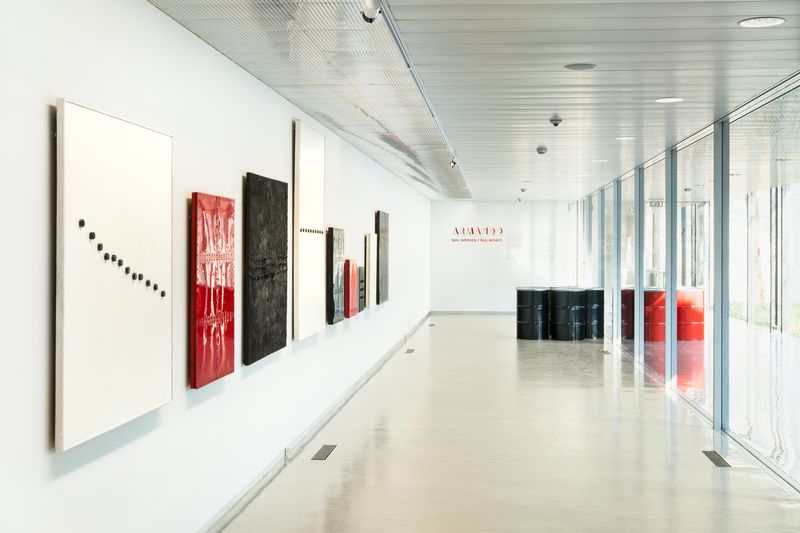 In 1960, Armando together with Jan Schoonhoven, Jan Henderikse and Henk Peeters establish the artists’ group Nul, which strives for the most objective possible registration of reality. The Nul artists reject the emotional, expressive, spontaneous and subjective aspects of art, as embraced by groups such as Cobra. They want to create a new art that is understandable to all and use everyday, industrially produced materials.

Armando’s Nul works consist of compositions of bolts, barbed wire and metal plates in a limited number of colours: red, black and white. He likes to work in series and enthusiastically employs principles such as repetition and ready-made. ‘My work had to be hard and impersonal. It was about accepting reality, […] which was so interesting in itself that you hardly needed to add anything to it’, said Armando in 1989.

The same is true of his poetry. Armando publishes poems in the literary avant-garde magazine Gard Sivik in the years 1958-1964. His poems are fragments or snippets of conversations that he overheard and noted on the streets or in the train. For these literary ready-mades, as with his visual Nul works, he appropriates small pieces of reality and presents them without interpretation. 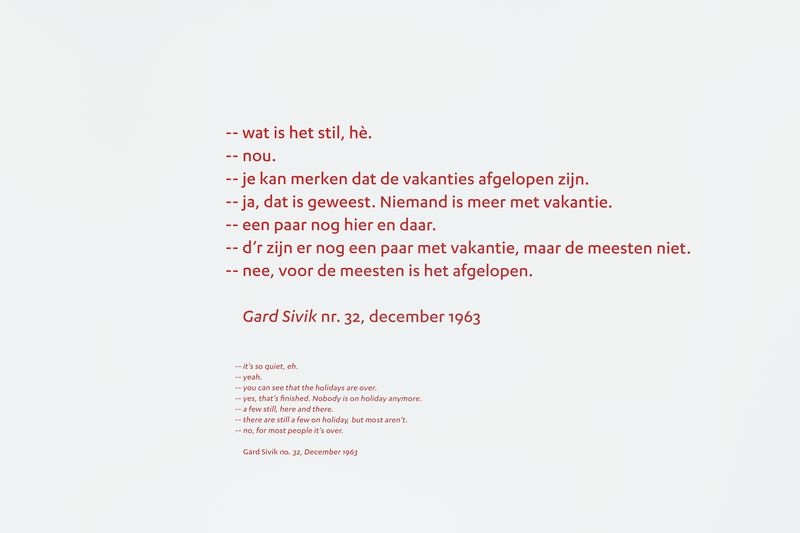 --you can see that the holidays are over.

--yes, that’s finished. Nobody is on holiday anymore.

--a few still, here and there.

--there are still a few on holiday, but most aren’t.