Conservation of Farm near Duivendrecht, in the evening by Piet Mondriaan 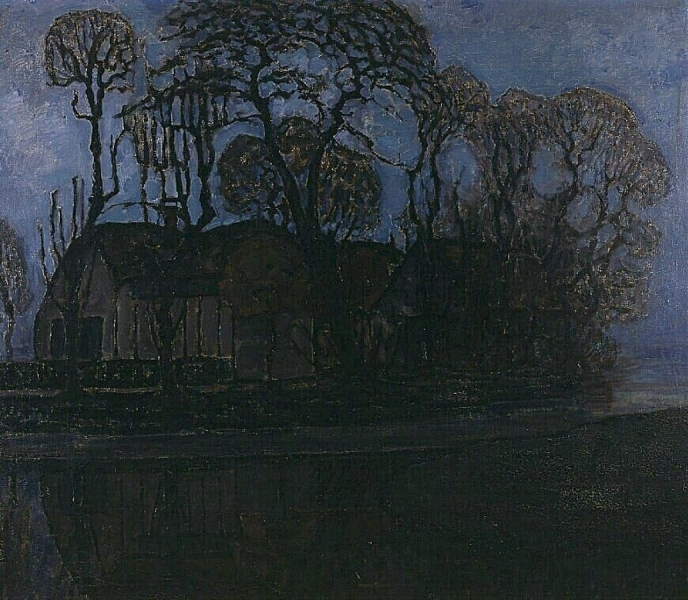 Piet Mondriaan (1872–1944) often made several different versions of a single motif. Between 1905 and 1916, he drew and painted the Weltevrede farm in Duivendrecht a total of fifteen times. He depicts the farm in various kinds of weather, using different formats and techniques. Four of the fifteen works featuring the farm ended up in North America. One of the fifteen works has been lost.

The main reason for carrying out the conservation was the severely yellowed varnish layer and the dirt on the surface of the painting. In addition, the non-original frame of the painting offered insufficient protection. 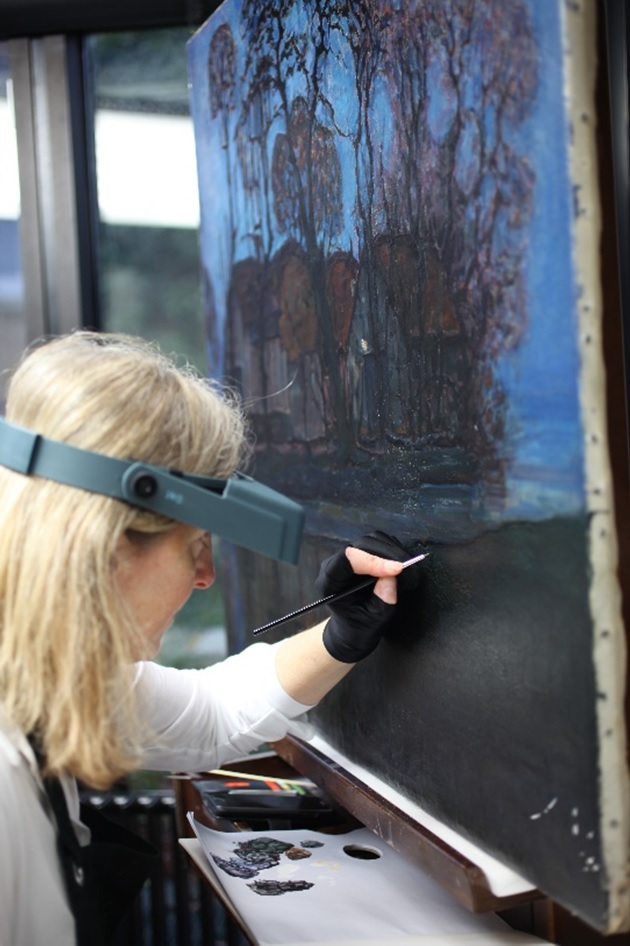 The yellowed varnish layer and the surface dirt made the painting look dull and flat and obscured the original colours. Removing these accretions yielded stunning results. The painting has become significantly brighter and more vivid, even in the dark foreground.

The craquelure – a network of fine white lines and cracks in the paint – is still very visible and significantly detracts from the quality of the image, especially in the dark areas of the painting. That’s why the decision has already been made to retouch these areas so that viewers will once again be able to see the painting as Mondriaan intended.

As the final part of the conservation, a new frame will be selected which will be fitted with ultraviolet protective glass, following which the painting will go back on display so that visitors can enjoy its breath-taking beauty.