With the support of the Helene Kröller-Müller Fund, conservation work was carried out on the painting Mata Hari by Isaac Israels in the winter of 2017. This was a major undertaking due to the life-size format of the work.

Earliest notes from 1945
A letter dated August 1945 from the then curator Mr W. Auping to the museum’s head conservator, J.C. Traas, is one of the earliest notes on the condition of the Mata Hari portrait.

On loan to The Hague
In the letter, Auping asks Traas to look at a number of paintings for a major exhibition of 19th century art at Pulchri Studio in The Hague. The museum wants to lend 33 masterpieces, including Israels’ Mata Hari.

Thick layer of dust
The portrait was kept underground for five years during the war. In his letter, Auping says that the work has not suffered much. Only the varnish is rather yellowed and the painting is obscured under a thick layer of dust.

On loan again in 2017
In the museum archive there are no indications that Traas actually removed the varnish layer.
Now that the portrait is being loaned out again, the condition of the work was reviewed last year.

Extremely yellowed varnish
Besides the fact that several thick and extremely yellowed layers of varnish concealed the original colour palette, there was also a considerable layer of surface accretion. This gave the painting a grimy appearance. 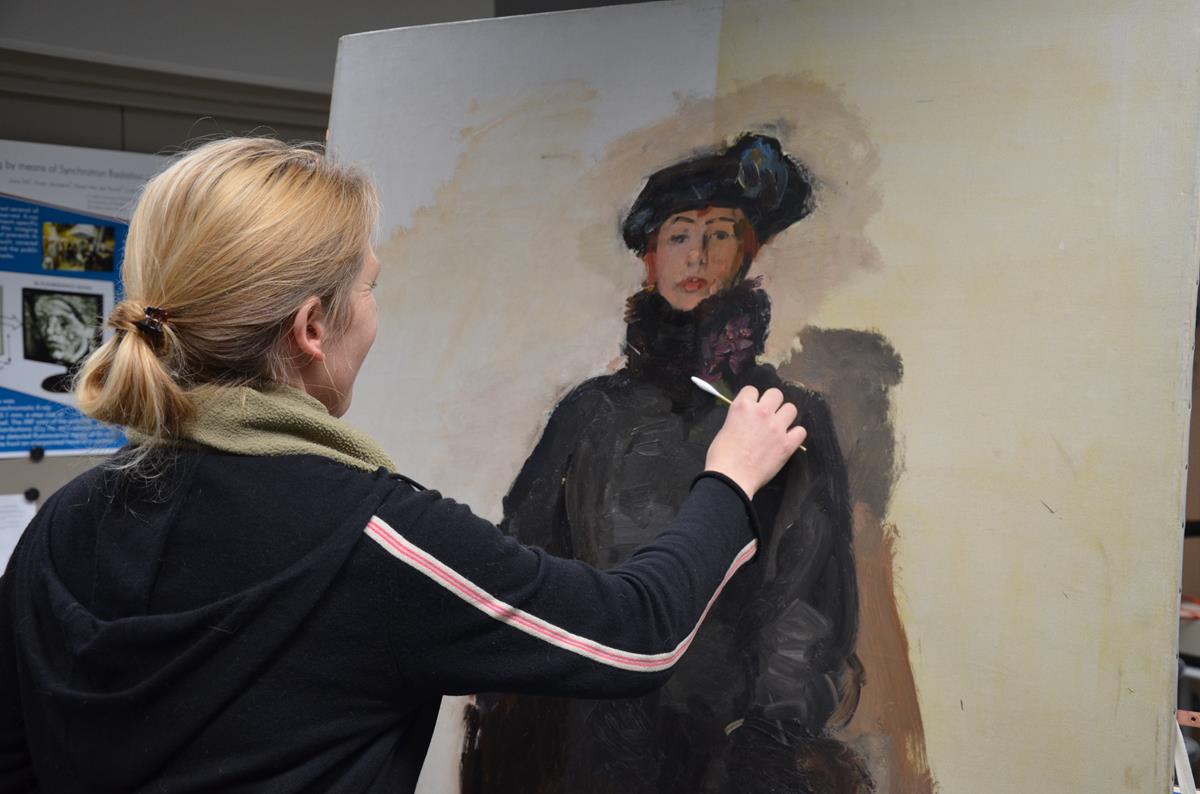 Frame from the time of Helene Kröller-Müller
Furthermore, the – not original – frame has been replaced by a new frame. This is based upon the presumably original gilded frame that appears in photographs from the time of Helene Kröller-Müller. She purchased the painting in 1918. The new frame is also more in keeping with the other paintings by Israels and his contemporaries in the collection.

Honour restored
The painting can now be admired again in all its glory. While the painting was hidden for decades under a warm veil of extremely yellowed varnish, the original palette and characteristic fluent painting style of Israels are clearly visible again.
The Helene Kröller-Müller Fund contributed € 25,000 to this conservation project.