Dennis Oppenheim (Electric City 1938-New York 2011) was one of the first artists to record his work on video in the early 1970s: initially his large-scale earth works, but later also his body art and performances. He documents all his work in an abstract and impersonal manner, as if making aerial shots or indeed close-ups of a landscape. This is particularly noticeable in the film stills and photographic works of his performances. 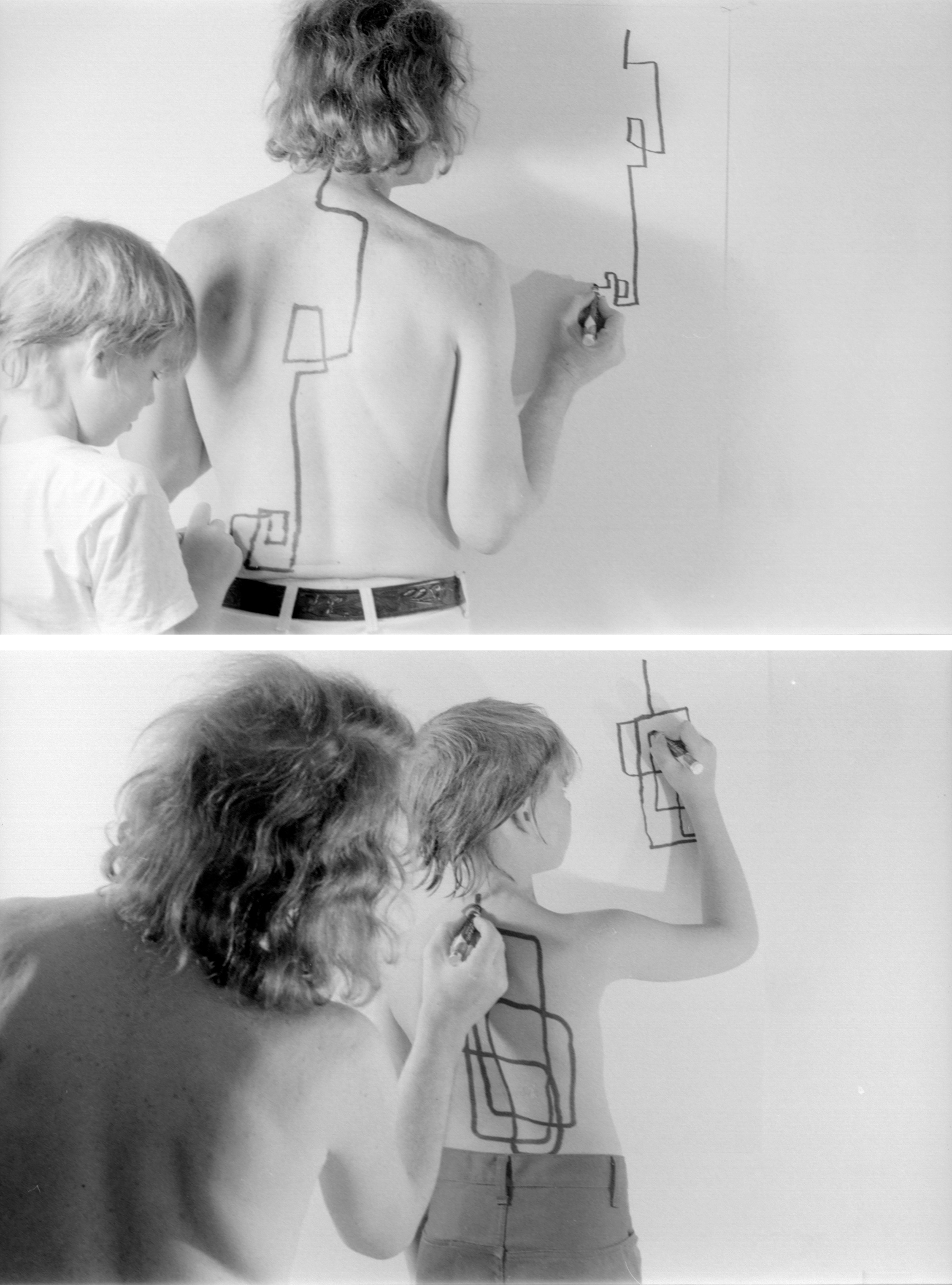 In Program 1 to 7 the American artist has compiled a large number of his video works from the years 1970-1974. The compilation of the films per Program is neither chronological nor thematic and seems arbitrary. This randomness is reinforced by Oppenheim’s instructions for showing the Programs. Two of the Programs have to be shown side by side on screens: Program 4 and Program 6. Because each Program has a different duration, the combination of images and sound is never the same.

In seven of the twelve films of Program 4 and 6, Oppenheim tests the neurological capacity of people, specifically the transfer of information via the nervous system. He makes a drawing on the back of one of his children, or vice versa. The ‘receiver’ cannot see the drawing, but is able to perceive it through the nerves in the skin and thus ‘recreate’ it. The drawings differ due to sensory delay or disorientation. The performances have an intimate and personal character, because the artist involves his son Erik and daughter Kristin. By playing this game with his children, Oppenheim also adds an extra layer: drawing on the body of ‘your younger or older self’ is an implicit reference to making contact with your past or future self.