3 Feb 2018 - 26 Aug 2018
Displacement brings together 13 artworks from the collection that indicate a transition. The works conjure a view of another world, find themselves in limbo between 2 worlds or mark the boundary between them.

Humans and animals engage in displacement activity when caught between two contradictory impulses that are equally strong. When a situation calls for both fight and flight, they revert to an involuntary action that is neutral as regards the two original contradictory impulses. They are 'in limbo', as it were, in a state of uncertainty. 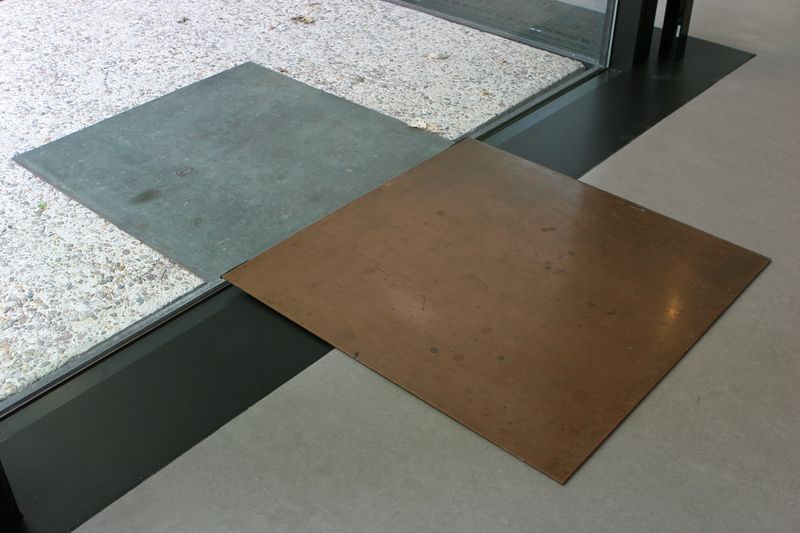 Copper inside – outside piece by Carl Andre makes the boundary between inside and outside visible through the difference in oxidation of two copper plates. JCJ Vanderheyden and Isa Genzken evoke panoramas through frames. Anish Kapoor and Michael Heizer mark the boundary between that which is present and the void, by way of the surface or skin of the work. The presentation also includes sculptures, installations and paintings by Jean-Marc Bustamante, Lucio Fontana, François Morellet, Louise Nevelson, Michelangelo Pistoletto and William Tucker. Every one of these works offers a displacement to, in the words of Henk Visch, ‘where I am not, but where I could be’.