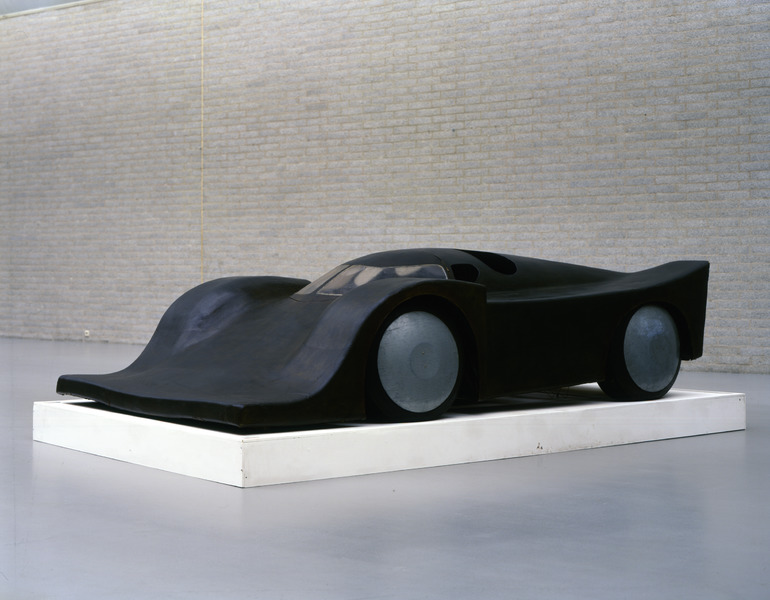 All the selected works of art have a degree of movement, or at least a suggestion thereof. They have wheels, legs or wings, with which they can roll, walk or fly. But none of the sculptures will move in the space. As semi-scientists, inventors or visionaries, these artists mobilise thinking – from extremely slow to faster than light.

Untitled (Brigid), 1998 by Tom Claassen is a cross between an oversized cuddly toy and a paralysed monster. Claassen’s animals usually look adorable, but are often overwhelming due to their size. Stripped of any form of heroism, Brigid lies on a table stupefied and thus embodies sluggishness.

The inventor-artist Panamarenko seeks to make the technically impossible possible. In his multifaceted oeuvre he is inspired by existing designs of all kinds of vehicles and by nature. In the work Polistes he combines the speed of racing cars with his cherished theme: flying. The shape is based on the fast Porsche 917, designed in 1969. The title of the work also refers to a type of large paper wasps, the Polistes. By producing the car in rubber, Panamarenko makes this design for extreme speeds into an ‘Ever-Ready-Airbag’. 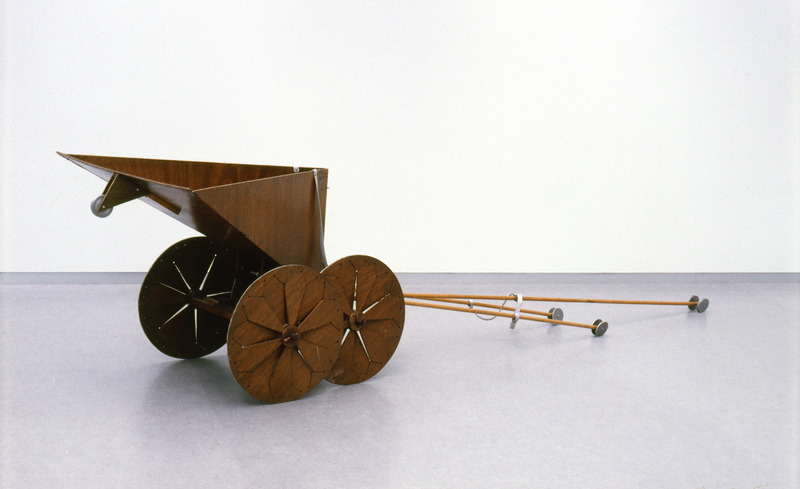 Gerrit van Bakel distrusted speed. His machines move by using natural forces. Thus the Rain cart (1982-1983) converts mass into energy in an ingenious way to move forward. With his designs, Van Bakel provides a counterbalance to the rapidly advancing industrialization of farming in the nineteen sixties.

From Claassen’s animal overcome with despondency Untitled (Brigid) to Panamarenko’s Polistes, in an increasing tempo, Move On sets the imagination in motion.