Ask the Sky is the fifth exhibition in the series Vestibulum. The series Vestibulum refers to the place where the exhibitions take place: the former entrance to the museum in the building designed by architect Henry van de Velde and opened in 1938. Every six months, the museum invites an artist to create a presentation for this now rather undefined space, which in some way relates to the place, the history of the museum or the collection. 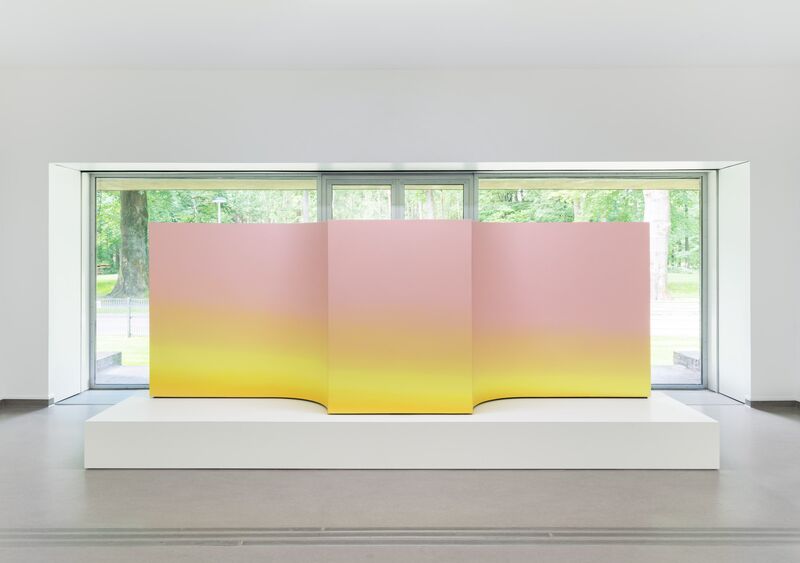 The spatial paintings of Esther Tielemans (Helmond, 1976) are poised between paintings on the wall and objects in the space. With the experience of the landscape as her point of departure, she examines the extent to which abstract concepts such as form, colour and proportion can determine and influence the experience of space.

In Ask the Sky, Tielemans seeks ways in which to bring the surrounding landscape, the space and light into the museum. In the transit area that is the former entrance to the museum, she plays with the transition from the world outside the museum to the world of art in the collection within the walls of the Kröller-Müller Museum.

At the centre of the exhibition stands a painting in the form of a folding screen: The Past Inside the Present (After Former Entrance Henry van de Velde). The shape of the work is based on the façade of the former entrance. At the same time, it refers to the folding screens by Odilon Redon and Giacomo Balla in the museum’s collection. The high-gloss epoxy layer on the black-painted reverse reflects both the current window with the view outside and the observer, thus incorporating the observer into the painting. 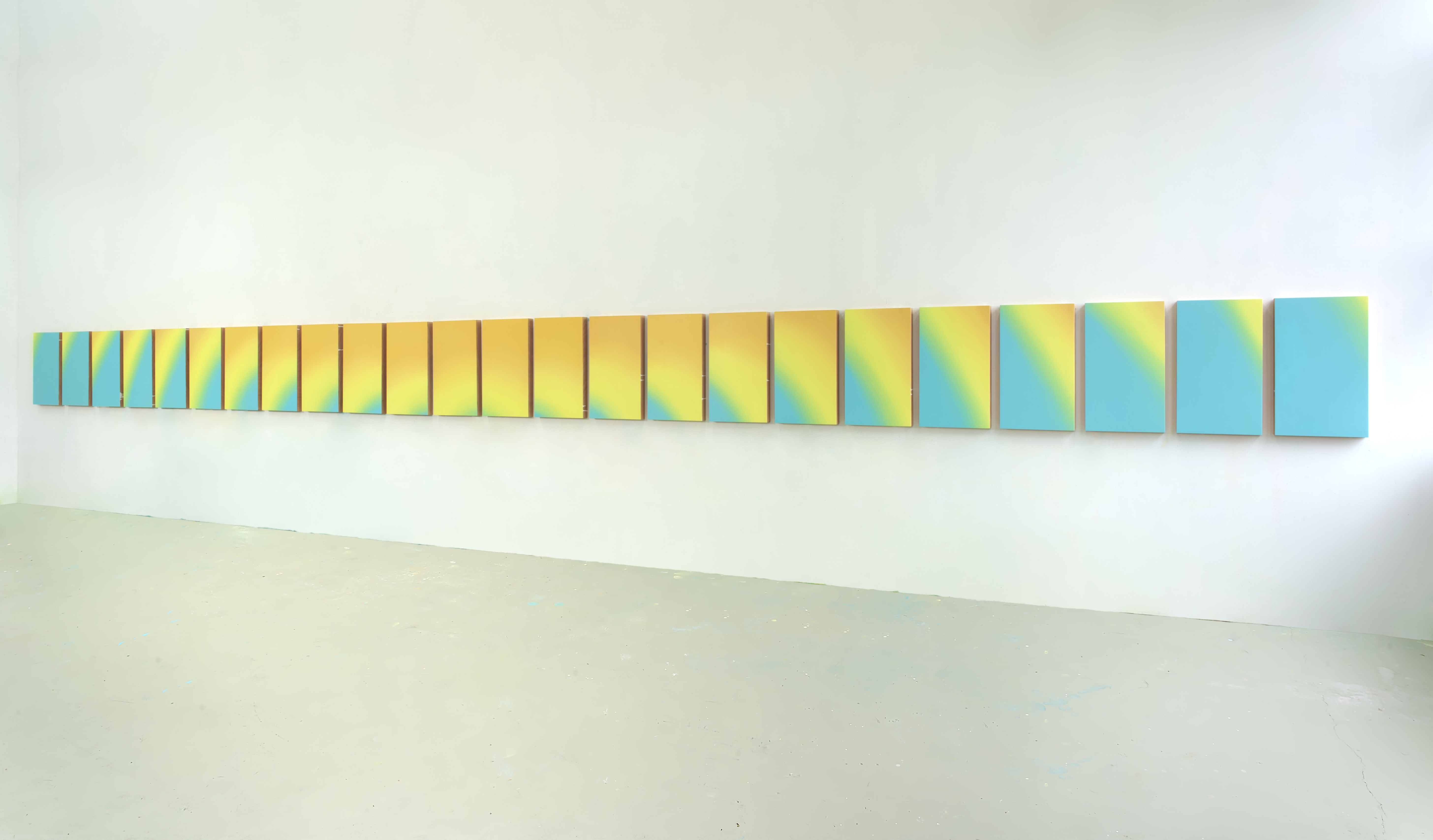 In The Scene Before the Scene, which is two series of twelve paintings each, the size of the panels is based on the dimensions of the windows in the current façade. It seems as if the windows have fallen inwards and with that movement the incoming light has solidified into paint. The same window dimensions also determines the size of the central sections in the series Ask the Sky, eight panel paintings on the wall, each consisting of two parts. Sometimes the depiction continues across the frame, while on other occasions it is interrupted, in an attempt to capture the constantly changing light.

Esther Tielemans, The Past Inside the Present (After Former Entrance Henry van de Velde), 2022 /The Scene Before the Scene, 2022