In 1980, Ewerdt Hilgemann introduces chance and the force of natural elements into his work. For example by throwing a steel cube from the roof of a deserted factory, which results in a ‘new form’ for the artwork without his intervention. To his surprise he also discovers that chance itself is subject to the laws of nature, which he can anticipate by determining the circumstances himself.

The German artist living in the Netherlands also applies this principle to his so-called Implosions, which he begins in 1984 and that earn him international recognition. These are geometric objects in stainless steel out of which the artist slowly extracts all the air using water or a vacuum pump, thus creating their eventual shape.

The power of air

Cube (KMM) is a ‘planned’ implosion using the partly unpredictable power of air. The stainless steel cube measuring 2 x 2 x 2 metres was imploded by the artist in the museum in November 2014. During this process, which lasted about an hour and a half, he transformed the cube into the eventual work of art. A time-lapse video of the implosion can be seen here. 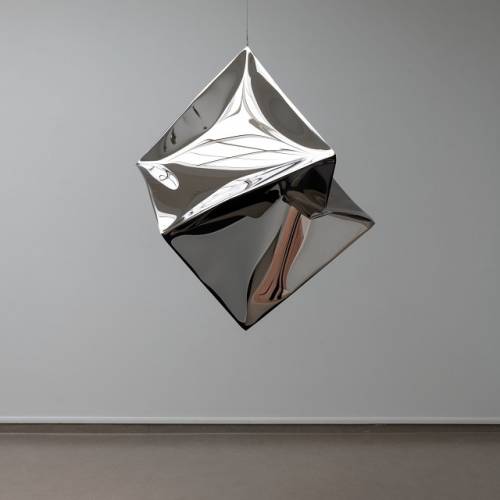