From the very beginning, elemental forms, that is the circle, the square, and the cube, have influenced the work of Ewerdt Hilgemann (Witten, 1938). Wall reliefs, serial artworks, and sculptures featuring these forms emerged in the sixties. Hilgemann began to draw inspiration from chance and the power of natural elements during the eighties. He created his ‘implosion sculptures’ by gradually sucking the air out of large stainless steel structures using a pump. 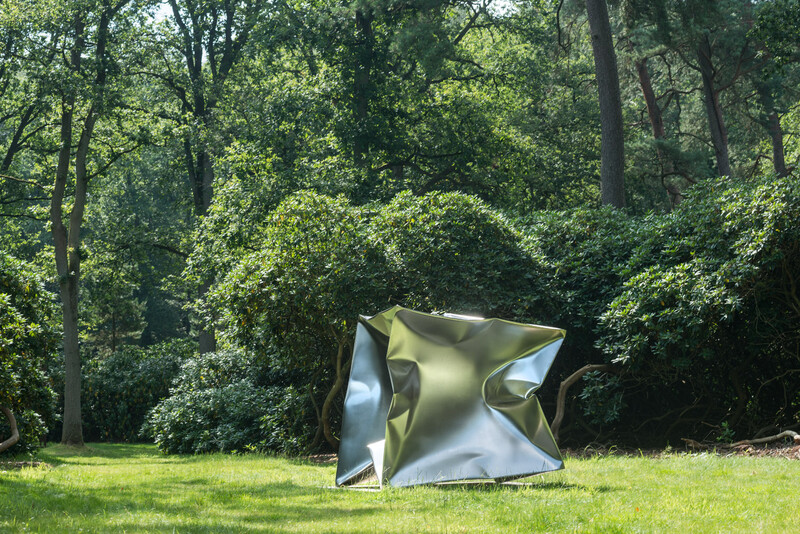 One of these 2 x 2 x 2-metre structures, Cube (KMM), has been given a spot in the sculpture garden at the Kröller-Müller Museum.

In 2019, Hilgemann donated several of his works, dating back to the sixties and seventies, to the museum. The museum also purchased works from the same period. The current exhibition is an overview of more than sixty years, bringing together works from the Kröller-Müller Museum and loans from collectors.