19 May 2018 - 26 Aug 2018
In the print room, the museum presents lithographs by Henri Fantin-Latour from our own collection. A unique presentation, as these works are seldom exhibited due to their fragility. 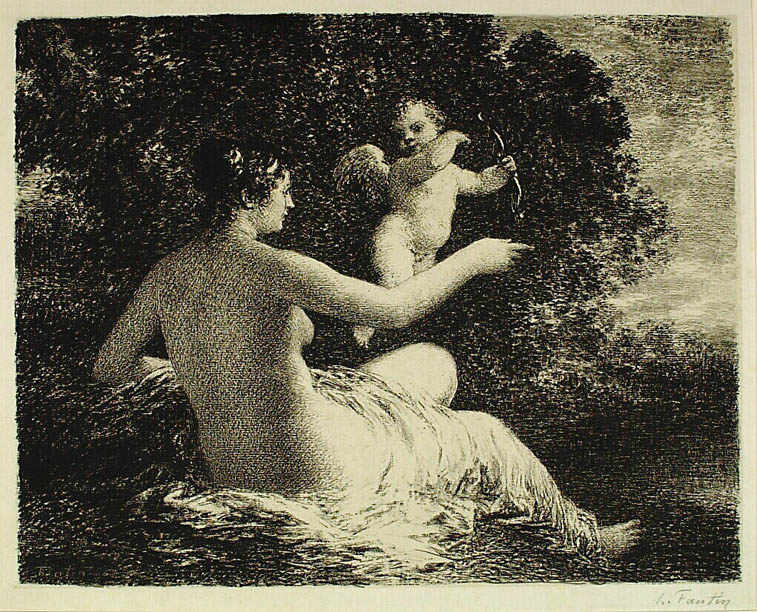 Henri Fantin-Latour (1836-1904) rises to prominence with his portraits and numerous still lifes, with which he makes a living for many years.

However, his passion is for imaginative, dream-like depictions with fairies and nymphs, often inspired by the music of composers such as Wagner, Berlioz, Brahms and Schumann, but there is virtually no market for this. He soon discovers lithography as the best medium for these works of the imagination. This makes Fantin-Latour one of the first artists of the nineteenth century to practice lithography as an independent art form.

He has an exceptional mastery of the technique, creating an image in multiple stages. After each print he further elaborates the depiction on the stone, thereby seeking the correct balance between light and dark, from the deepest black to the brightest white. 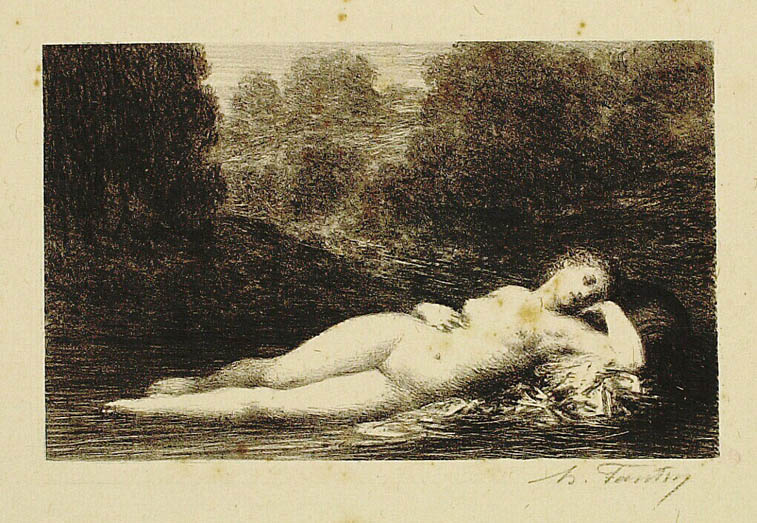 The more than 190 lithographs that Fantin-Latour creates are populated by female figures. Portrayed as muses, or as representations of abstract concepts such as inspiration, truth and immortality, but also completely absorbed in everyday activities, such as bathing, relaxing, reading or sleeping, with the gaze averted from the observer.

Whatever the theme, the depictions often look strikingly similar and Fantin-Latour frequently repeats the same poses. The meaning can only be derived from the title, as in Eau dormante. Despite the implied allegorical meaning, the work also shows ‘simply’ a nude woman asleep in a landscape near a river. The lithograph could just as well have been called Rêverie or Sleeping Venus. It is one of the last lithographs that Fantin-Latour produces himself in 1903, a year before his death.