From an early age, Isaac Israels receives training in the studio of his father Jozef Israels, the famous Hague School painter. After a brief period of study at the Rijksacademie, Isaac remains in Amsterdam, where he documents the city life and its turbulent nightlife. He paints rapidly, without too many details; he is interested in the distinguishing aspects of his subjects. Israels paints many women, at first mainly factory workers and housemaids, later also fashionable ladies.

The Frisian Mata Hari, whose actual name was Margaretha Zelle, performed all over Europe as an exotic dancer. She was a hit in Paris in particular. But she was accused of spying for the Germans during the First World War and was executed by firing squad in 1917.

Israels painted this monumental portrait of Mata Hari in the previous year, while she was temporarily living in The Hague. He portrays her as an elegant, self-assured young woman. The painting is rendered in loose, quick brushstrokes and smears, with little colour. All the attention is focused on her tall, dignified stature.

Listen to the audio tour 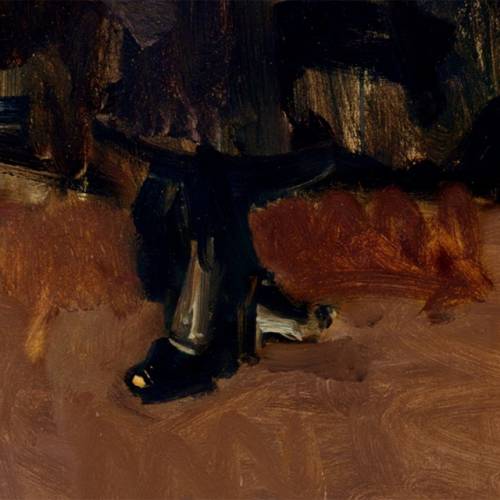