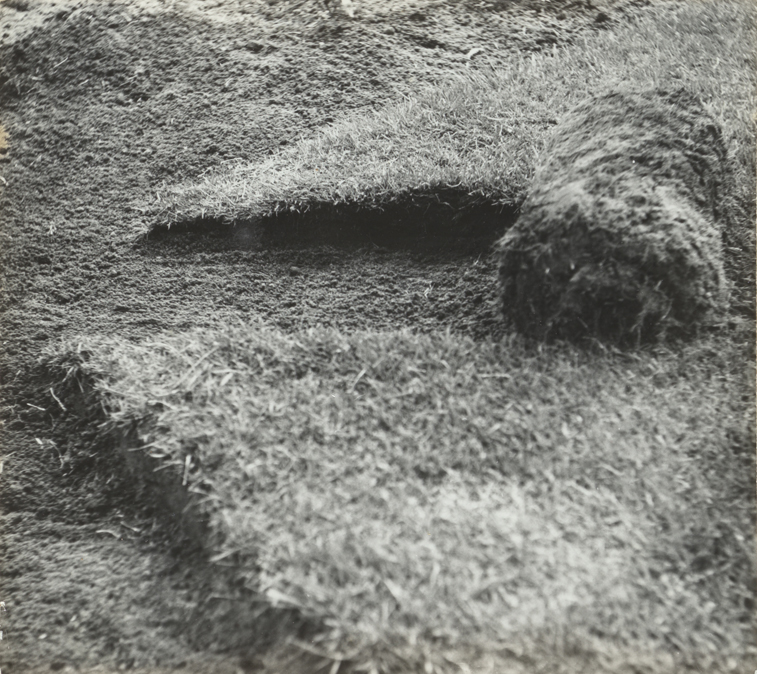 In the late 1960s, Jan Dibbets makes proposals for interventions in the landscape. These so-called ‘constructions’ are not only shown on paper, but are also being realized in the sculpture garden for the first time.

In 2009 the museum purchases Jan Dibbets’ Construction 2 rolls of grass from 1967 at an auction. The artist then donates four comparable works from the same period, because he wants to give the ‘construction’ a context. With this donation, the museum has obtained a special group of works in Dibbets’ oeuvre in one fell swoop.

In 1967, Dibbets decides to give up painting rather abruptly. After a period of study in London, his work undergoes an extraordinary shift. He starts making sketches and studies for geometric compositions in the landscape. These are proposals for interventions in a natural environment, for instance by ploughing, raking or digging circles and rectangles, and playing with perspective. Photography also naturally starts to play a role in his work.

Realized for the first time

Most of these ‘constructions’ were never carried out and are now being realized for the first time in the sculpture garden and De Hoge Veluwe National Park. Dibbets’ proposals are shown in the museum. These are often drawn simply but remarkably effective on graph paper or as collages, with notes and instructions in the margins. They are presented with other works from the same period.