21 Sep 2019 - 12 Jan 2020
With around 30 prints, the exhibition ‘Les Parisiens. Caricatures by Honoré Daumier’ shows how this French artist depicts the behaviour of his eccentric contemporaries in a forthright and humorous way. 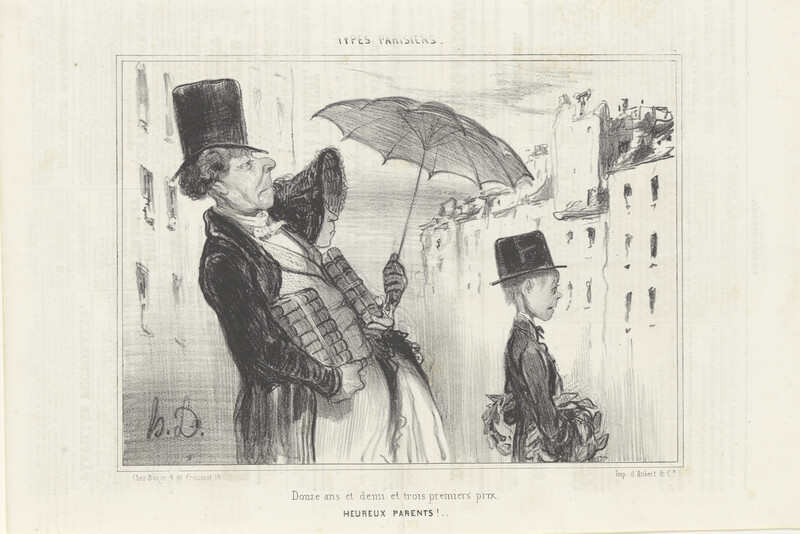 Honoré Daumier (Marseille 1808 – Valmondois 1879) is one of the most important caricaturists of the nineteenth century. He uses the political and social developments of his time as the theme for his work.

From an early age, Daumier begins experimenting with lithography, a new graphic technique that would flourish in the nineteenth century. Lithographs are particularly suitable for the production of illustrated newspapers, as they can be used to print images and text on one page rapidly and in large editions.

From 1832, lithographs by Daumier are published almost daily in satirical newspapers such as La Caricature and Le Charivari. The prints have political implications and demonstrate his anti-monarchist position. When he depicts King Louis Philippe as Gargantua – a giant on a throne who swallows up the people’s money – he, along with his printer and publisher, is sentenced to a fine and a six-month prison term. In 1835 political cartoons are banned and La Caricature is temporarily discontinued. 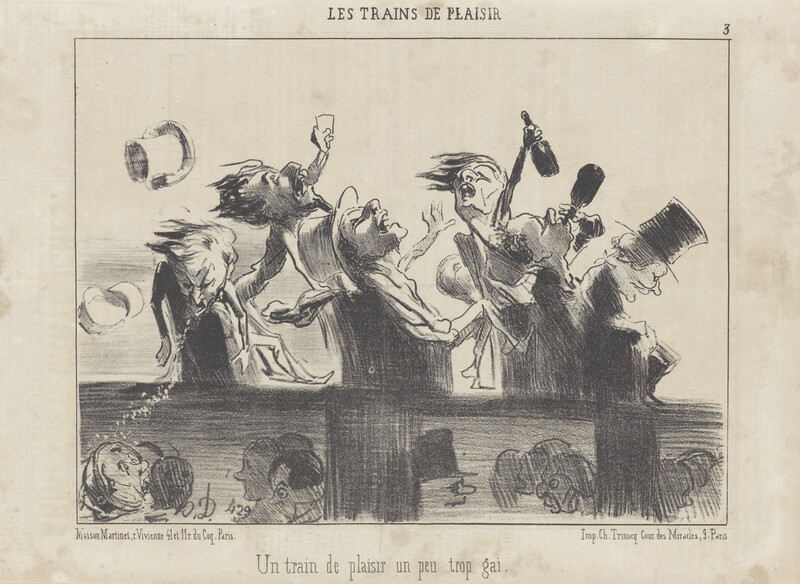 Due to the increasing censorship, Daumier has to find different subjects. From then on, he takes aim at the well-to-do bourgeoisie. His new caricatures are published in various series in Le Charivari. In Les trains de plaisir he mocks the emerging tourism and particularly Parisians who travel en masse to the Normandy coast by train for the first time. He also pokes fun at the marital woes of his contemporaries in Moeurs conjugales and at the immense arrogance of his fellow Parisians in Types parisiens.

The universal themes of Daumier’s prints ensure that his caricatures remain recognizable and relevant to this day.