In ‘Drawings for space’ the museum presents drawings by Loes van der Horst. She began her career in the 1960s as a textile artist, at a very early stage exploring space in her work. Besides constructions of stretched lines and planes, she makes drawings, 30 of which are on show during the exhibition. 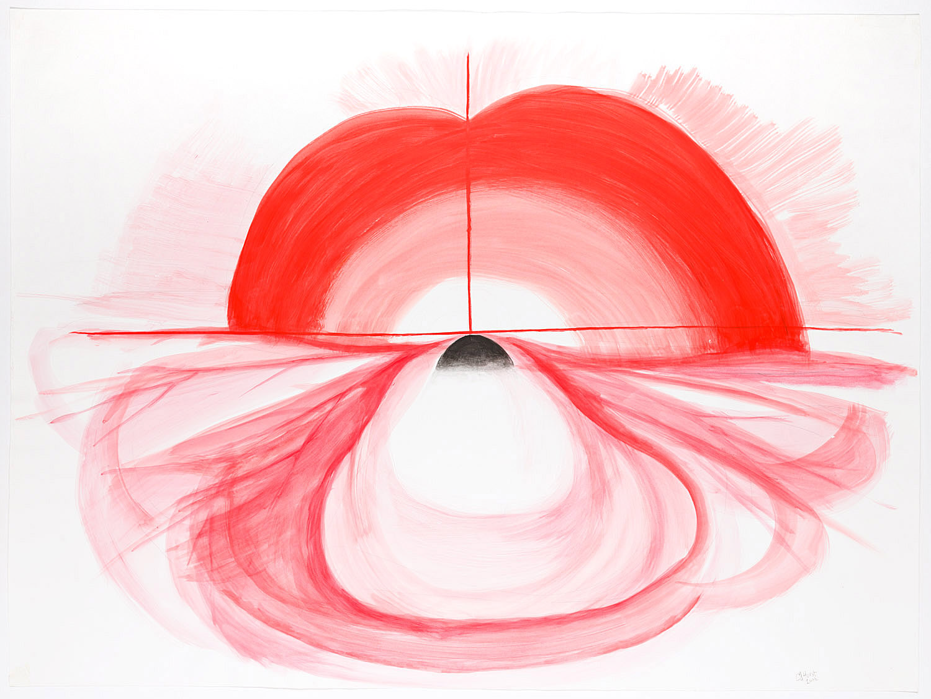 In the 1950s and 1960s, textile art was the subject of considerable international interest. Loes van der Horst (Noordwijk, 1919-Amsterdam 2012) started weaving tapestries during this period. She sketched abstract colour compositions, which she then executed using the Gobelin technique so that the image is not disturbed by the structure of the woven fabric. Initially, she worked with wool, hemp and linen, but later replaced these traditional and ‘domestic’ materials by modern synthetic fibres. 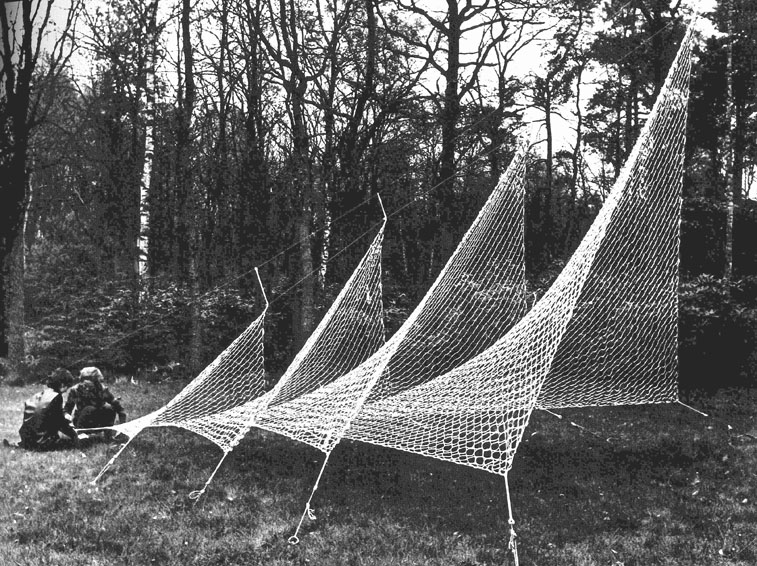 In 1973 she installed in the garden of the Kröller-Müller Museum her first three-dimensional work: a construction of four partly overlapping saddle shapes of cabled nets. She called the work Dulobita, which takes its name from a prehistoric insect with two overlapping elytra. Dulobita heralded the start of an exploration of three-dimensional work, in which she developed the essence of her early woven pieces, the tension between horizontal and vertical lines.

A long series of commissions followed for the public space, with monumental, space-spanning constructions of stretched lines and planes. Drawings were also created which have a large format and a spatial dimensionality: using only a few intersecting lines and planes, Loes van der Horst is able to suggest a three-dimensional world. Also on horizontal surfaces, van der Horst is a spatial artist. 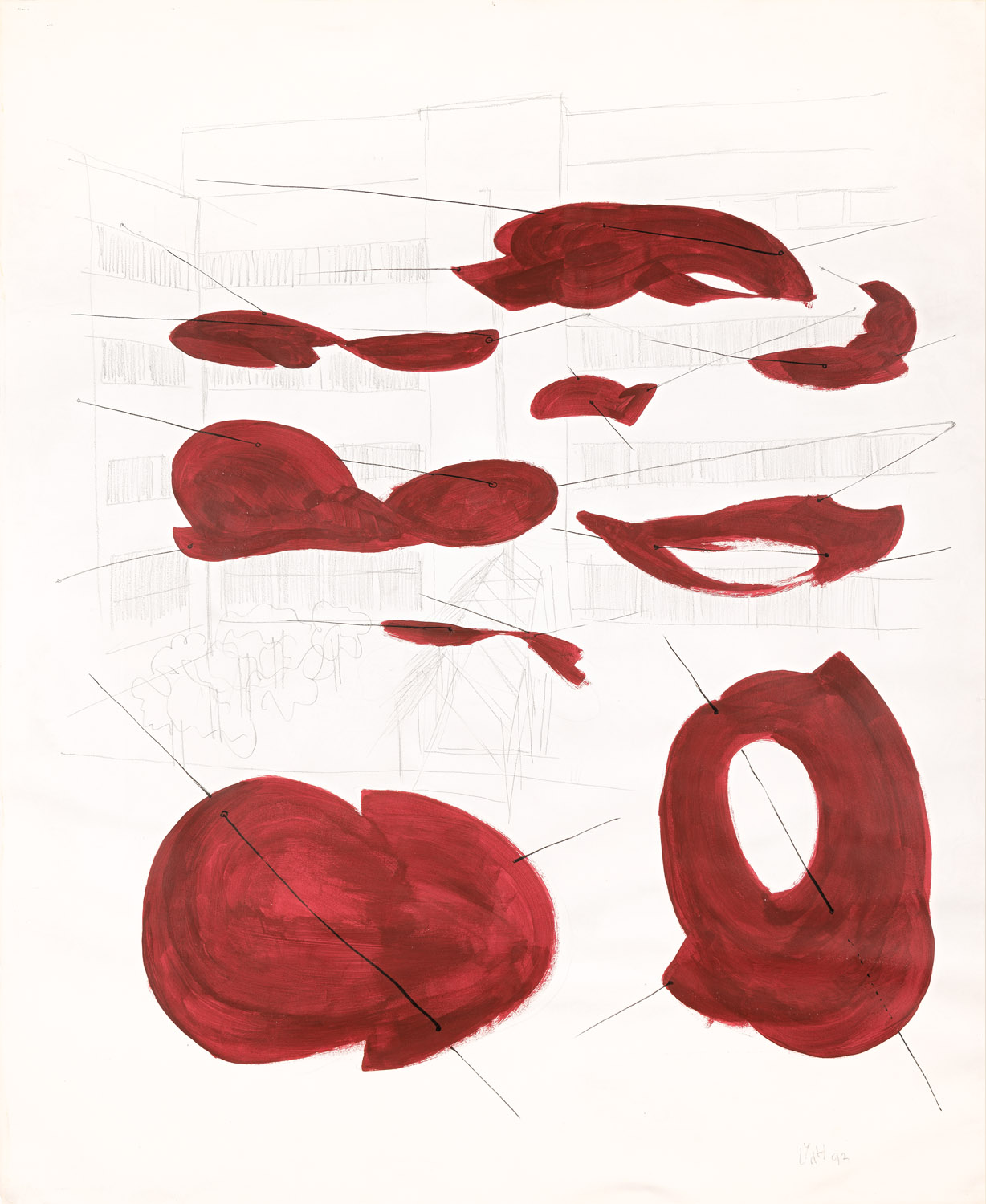 Since the 1980s, the Kröller-Müller Museum has acquired a series of works on paper by Loes van der Horst. After her death, a large group of drawings was donated by both her sons. Loes van der Horst remained very active until the end of her long life. She would have been hundred in December 2019.