On an owl and a cat

1 Mar 2012
-BLOG- In a conspicuous spot in the exhibition Expose (part of Longing for perfection) at the Kröller-Müller Museum stands a little owl: the Petite chouette by Pablo Picasso. Expose was compiled by the public, who were invited to choose their own top three from a collection of small sculptures acquired by my predecessor Evert van Straaten over the past 21 years. The Chouette finished in first place with a sizable majority. 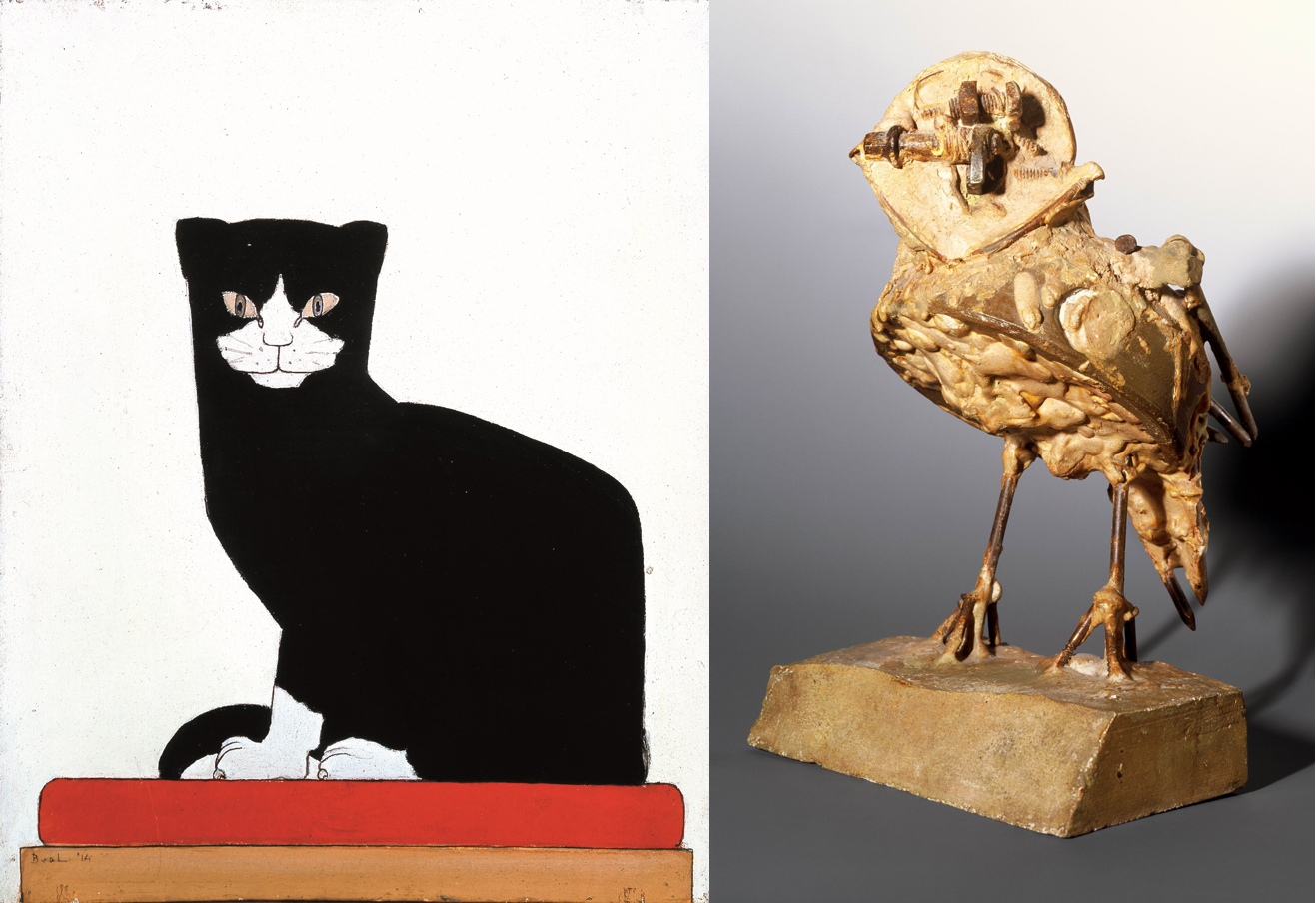 Picasso put the sculpture together from an earthenware saucer, some nails, screws and bolts and the lid of a tin can, all of which is held together with plaster. From these prosaic ingredients he conjured an emotive little creature: a young owl, vulnerable but watchful. Next to the Chouette, and the other 49 sculptures that received the most votes, are short statements by the voters, to which the visitors, in turn, can add their reactions. Thus the museum shows how works of art are seen and experienced by the public in constantly new ways.

My first visit to the kröller-müller

My first conscious experience with a work of art was when I was about seven years old. My parents felt that you should have a good knowledge of your own country and so we went touring the places of interest in the Netherlands, as varied as the megalithic tombs, the Delta works, the place where Holland, Germany and Belgium meet (which was still special at that time) and, of course, the (then still) Rijksmuseum Kröller-Müller.

There was no Expose as yet, but I was allowed to choose a poster. That, unsurprisingly for a child, was De kat (The cat) by Bart van der Leck. He hung in my room for years until, probably seriously yellowed, being replaced by new heroes, such as Mariska Veres (singer of the then popular Dutch band Shocking Blue) and Mick Jagger. But I never forgot him. And now De kat is hanging here, peacefully alongside his traditional archenemy the dog, in the shape of De takshond (The Dachshund), also by Van der Leck.