Initially, Piet Mondriaan painted in the naturalistic style of the Hague School. Examples of this are the atmospheric paintings of the River ’t Gein near Amsterdam from the years 1905-1907, with Geinrust farm nestled among the vegetation as the central motif. As of 1908, he gradually abandons reality in his work.

Although Mondriaan starts painting increasingly abstract, he still chooses landscapes, dunes and trees as points of departure for his work. Composition no. II is based on his paintings of the River ’t Gein. In this painting he reduces the row of trees along the river, the farm and the reflection in the water to an almost completely abstract composition of surfaces, lines and colours.

Mondriaan describes his intentions in this period as follows: ‘I construct lines and colour combinations on a flat surface with the aim of depicting the general beauty as consciously as possible’. 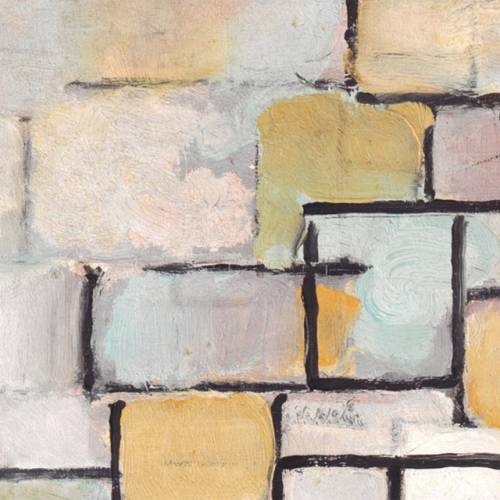